On Wednesday, The Atlantic Lottery Corp. announced Raymond Lillington and his wife Gaye held the jackpot ticket worth $17.4 million. But this isn't the first time Lillington has won millions.

'This is impossible, this doesn't happen,' Raymond Lillington said 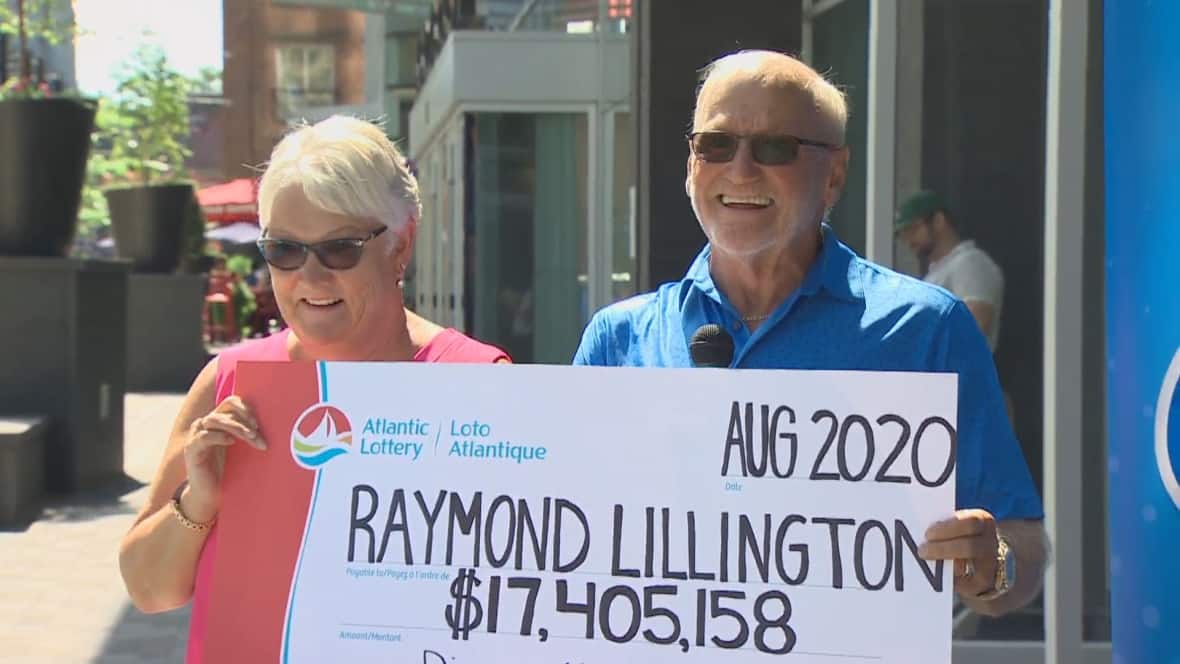 Raymond Lillington is no stranger to a multi-million dollar prize

1 month ago
2:07
A couple from Cape Breton claimed their $17.4 million prize on Wednesday. And it's not the first time the couple has won a jackpot prize. Colleen Jones has the story of their very lucky lotto streak. 2:07

The Cape Breton man who won $17.4 million in this weekend's Lotto 6/49 jackpot is no stranger to a multi-million dollar prize.

On Wednesday, The Atlantic Lottery Corp. announced Lillington and his wife Gaye held the ticket sold in Victoria County that was Saturday's jackpot winner worth $17,405,149.

"This can't be real. This is impossible, this doesn't happen," Lillington said at a press conference on Wednesday afternoon.

'I thought he was kidding me'

His wife Gaye said the first win was life-changing for the family. She was online over the weekend and saw that someone from Victoria County had won the jackpot.

She said her husband then went to check his ticket. Lillington said he checked the numbers six or seven times to be sure.

"I thought he was kidding me, but when I saw the look on his face, I thought, 'Oh this is real,'" she said.

Lillington said he continued to play even after his win in 2013, joking that he would win again. But he said he never imagined that would actually happen.

"I was overwhelmed when I first saw the tickets, moreso than the first time, because this time I was totally shocked because I really, really, really didn't expect to win," he said.

"All the other times before my first win, I always had that feeling I was going to win."

The couple says they plan to spend the money mostly on their immediate family, which includes five children and six grandchildren.

They also hope to do some international travel as soon as it is safe to do so and plan to buy a new home.

But Lillington said he also hopes to give back to his community.

"We're from a small area in Cape Breton and we have our own small hospitals and stores, and they all need help," he said.

"They're there for us and we'd like to be there for them too if we can."

The winnings have already helped to save a Cape Breton store where the ticket was sold.

The couple who owns the Cabot Trail Food Market in Cape North will receive one per cent of the winnings, about $174,000, to help the owners keep on staff after a challenging year in the pandemic.

"If you want a chance, you have to buy a ticket."