Race is on to save Troop Island, say nature groups

Community groups in Halifax are making a last ditch effort to avert a pristine island from development in St. Margaret's Bay. At stake is Troop Island, an 11-hectare wilderness that has somehow survived intact, until now. 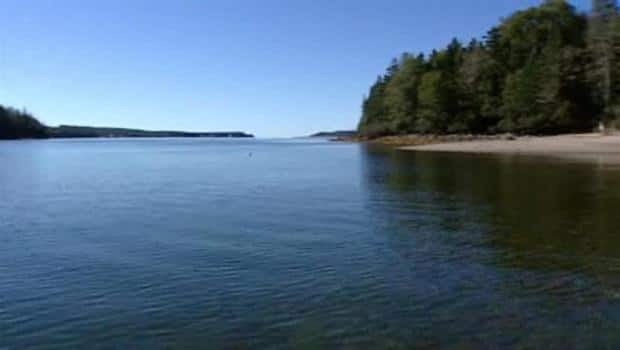 Community groups in Halifax are making a last ditch effort to avert a pristine island from development in St. Margaret's Bay. At stake is Troop Island, an 11-hectare wilderness that has somehow survived intact.

"It has that cathedral feel to it," said CBC News' island guide, Ella McQuinn.

The island is home to an Acadian forest full of towering hardwoods hundreds of years old. It's ringed by crystal clear water.

"It is a bit majestic, it's the centerpiece of the island. But it's a great opportunity to really wake people up to say 'Oh right, this is special and we need to do something," said McQuinn with the St. Margaret's Bay Stewardship Association.

Scott Pelton, a naturalist in Nova Scotia, said some of the island's old trees aren't seen in other parts of the province.

"Less than one percent of the old growth forest in Nova Scotia is the original Acadian forest type. And that is what we have here on this island, 99 per cent of the forests have changed over the last 300 or 400 years and this is what's left over so that makes it very unique," he said.

All but half a hectare of land is in the hands of a land speculator from Ontario.

Community groups now just have days to save the island from development — the closing is Oct. 5.

After three years of talks, the owner has agreed to sell below the $750,000 asking price.

"We need about $190,000 to complete the fundraising campaign" said McQuinn.

The St. Margaret's Bay Stewardship Association has launched a fundraising campaign to find the rest of money needed to buy the island and start an endowment fund to maintain it.

"He has permits in with HRM. We wanted to make a last ditch effort to avert that by putting in a very clear offer for the island," said McQuinn.

"Its a real struggle sometimes thinking about coastal islands. They are definitely the most expensive kind of conservation properties to acquire," said Bonnie Sutherland, Nova Scotia Nature Trust's executive director.

"But at the same time they are one of our most imperiled. Especially this island. So developable, so close to other developed areas and access."

With files from Paul Withers