The Nova Scotia government is investing $16.5 million to bring 150 airline jobs from London, Ont., to Halifax. 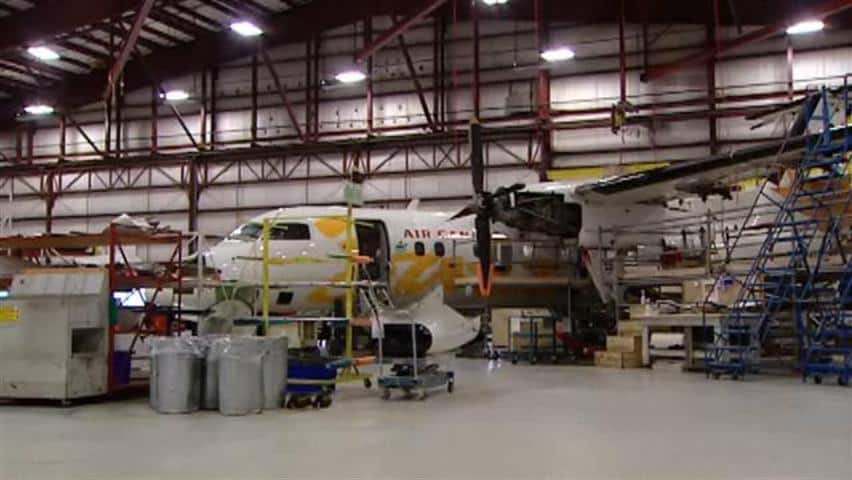 The Nova Scotia government is investing $16.5 million to bring 150 airline jobs from London, Ont., to Halifax.

Premier Darrell Dexter announced at a news conference on Monday that the province would provide funding to create jobs in maintenance, management, administration, and technical support for Halifax-based Jazz Aviation LP. Jazz is owned by Chorus Aviation, the primary regional affiliate of Air Canada.

Jazz will renovate its Halifax airport location to expand the systems operation control centre and heavy maintenance base. The company will also buy a new head office building.

The money includes a $2.5-million forgivable loan, a $2-million employee incentive to recruit and train new employees, or to upgrade the skills of current employees. The remainder of the money is a $12-million interest-bearing loan. The money comes from the Nova Scotia Jobs Fund.

Chorus Aviation announced Thursday it would close its base in London, Ont., for a loss of about 200 jobs there.

"I remember a couple of years ago, I guess now, when you and I were talking about ...whether or not this would happen and I want to say thank you to you, because I know you had choices," Dexter said.

Randell conceded there was an inter-provincial bidding war over the jobs.

"I'm not going to get into the details of that, but clearly we had several alternatives that we had to evaluate and this one, for us, working in partnership with the province was the best one for us," he said.

Randell said that 150 of the 200 people losing their jobs in London will be offered transfers to Halifax.