Firefighters across Nova Scotia will resume the fight Tuesday morning to contain at least two major forest fires and two smaller fires that broke out amid high winds, dry conditions and warm temperatures.

Forest fires in Springfield, Havre Boucher and Argyle are considered out of control 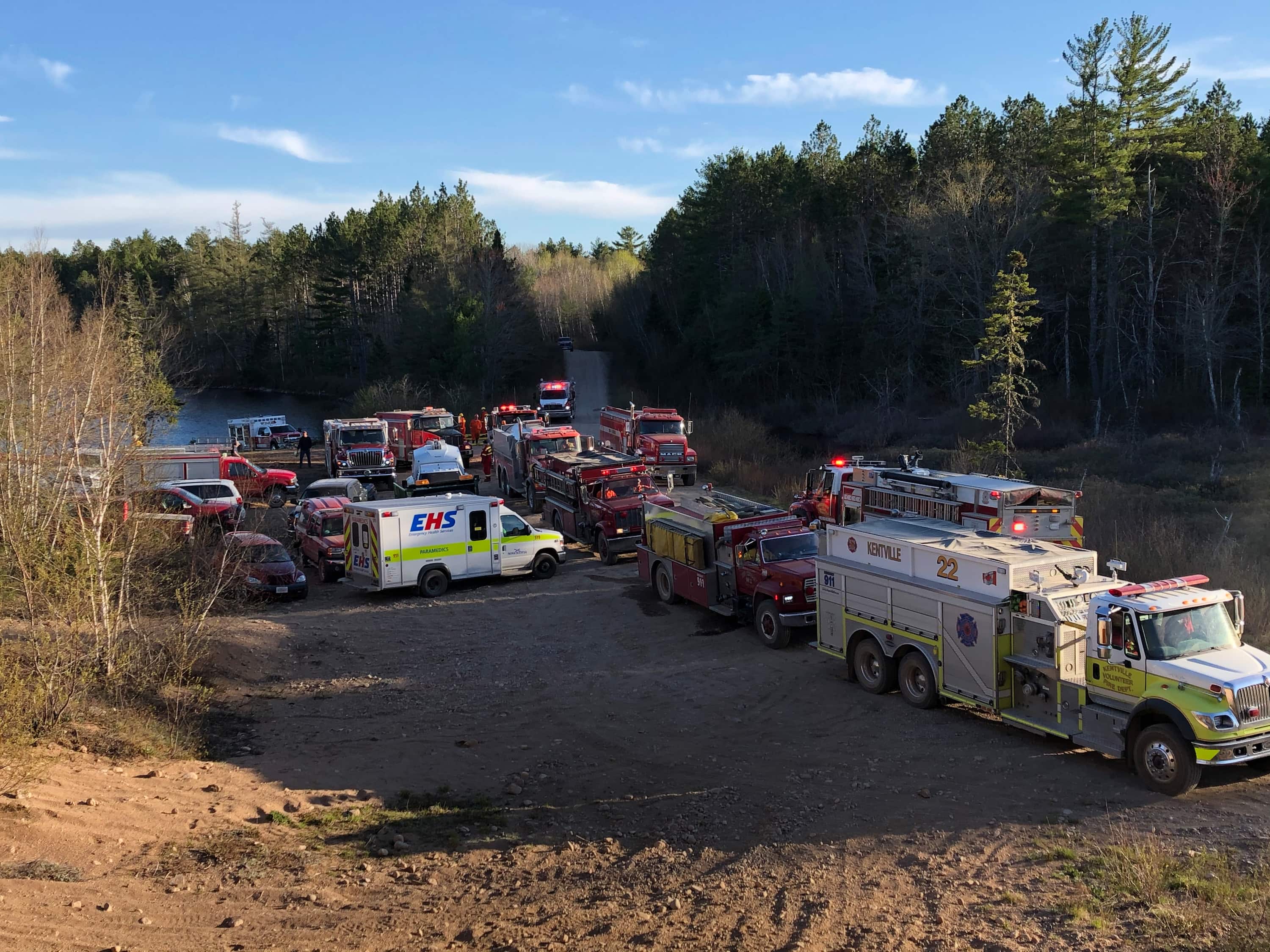 Crews respond to 'out of control' fire near Springfield, N.S.

10 months ago
1:37
Crews from the Department of Lands and Forestry and local fire departments responded to a fire near Springfield, N.S. on Monday. The fire is considered out of control and is 120 hectares in size. 1:37

Firefighters across Nova Scotia will resume the fight Tuesday morning to contain at least two major forest fires and two smaller fires that broke out amid high winds, dry conditions and warm temperatures.

The provincial Department of Lands and Forestry had crews and helicopters working alongside local fire departments Monday afternoon and evening to contain blazes in Havre Boucher in Antigonish County, the Springfield area of Kings County, the Argyle area of Yarmouth County and the Grand Mira South area in Cape Breton.

The fire in Havre Boucher, about 40 kilometres east of Antigonish, is considered out of control, according to Lands and Forestry.

Six volunteer fire departments, Lands and Forestry ground crews and two helicopters responded to the fire, which is now about 200 hectares in size.

It was originally estimated to be 50 hectares in size.

Environment Canada has issued a special air quality statement for Antigonish County due to the fire in Havre Boucher.

The weather agency said smoke from the forest fire is causing reduced visibility and air quality near Highway 104.

The forest fire in the Springfield area is also considered out of control due to high winds, according to Thomas Lowe, the area's fire chief.

Lowe said more than 50 to 60 personnel from Lands and Forestry and multiple Annapolis Valley fire departments are on the scene, including two helicopters.

The fire, which is near Alton Road, was estimated to be about 50 hectares in size, but in a 9 p.m. update, Lands and Forestry said the fire had grown to about 120 hectares.

Another fire in the Argyle area of Yarmouth County is considered out of control and is estimated to be about 18 hectares in size, the department said.

In an 9 p.m. update, Lands and Forestry said the size of the fire is now unknown.

A Lands and Forestry helicopter responded to the fire. No structures have been identified as at risk.

Update 9PM: Fire is 120 ha and considered out of control. Helicopters are packing up for the evening but Lands and Forestry will return at first light along with local fire departments. <a href="https://t.co/Xohw0SliV4">pic.twitter.com/Xohw0SliV4</a>

In Grand South Mira, about 30 kilometres south of Sydney, crews responded to a wildfire that covers about eight hectares of land and is considered contained.

Helicopters and crews with Lands and Forestry have been pulled from each location but are expected to return at dawn.

The causes of the fires are under investigation.

Early Monday evening, Stephen Turner, district chief with Halifax Regional Fire and Emergency, said two crews were working with the Lands and Forestry department to douse a flare-up of the Porters Lake fire, which burned through about 50 hectares of land this past weekend.

Halifax RCMP closed Highway 107 between exits 18 and 20 around 5 p.m. and reopened it two hours later. Turner said there were no evacuations in the area as a result of the fire.

Mon.May 25/20 - SMOKE CLOSES HWY 107 between Exits 18 &amp; 20. There has been a flare up from the West Porters Lake wildfire that is creating a visibility problem on Hwy 107. <a href="https://twitter.com/RCMPNS?ref_src=twsrc%5Etfw">@RCMPNS</a> have closed the highway for safety to motorists &amp; allow fire trucks &amp; firefighters unimpeded access