After weeks of rationing propane to its customers, a rural Nova Scotia company says the opening of CN Rail's eastern network should mean it gets a large shipment of product within five days.

Trains are now moving through the area near Belleville, Ont., after a blockade was removed Monday

After weeks of rationing propane to its customers, a rural Nova Scotia company says the opening of CN Rail's eastern network should mean it gets a large shipment of product within five days.

Rail blockades disrupted supply to Eastern Canada earlier this month, but freight trains are moving again after a rail blockade near Belleville, Ont., was dismantled Monday.

"I'm keeping my head above water … I've been still getting by," said Susan Wagner, the president of Royal Propane in Digby, N.S.

"I haven't had to tell somebody I can't give them gas."

The company has been rationing propane to its 3,000 customers in southwestern Nova Scotia.

Blockades across the country have been set up in solidarity with the Wet'suwet'en hereditary chiefs in northern British Columbia who oppose the construction of the $6-billion Coastal GasLink natural gas pipeline.

Tammy Hirsch, a spokesperson for the Canadian Propane Association, said in a statement that as shipments by rail resume, "the propane industry is doing everything it can to continue supplying propane to customers through alternative transportation, but this is only a temporary solution."

Last week, Wagner feared her business would need to shut its doors, but she's been able to maintain deliveries to her customers by receiving propane by truck.

"It takes three trucks to do what one rail car can do," she said. 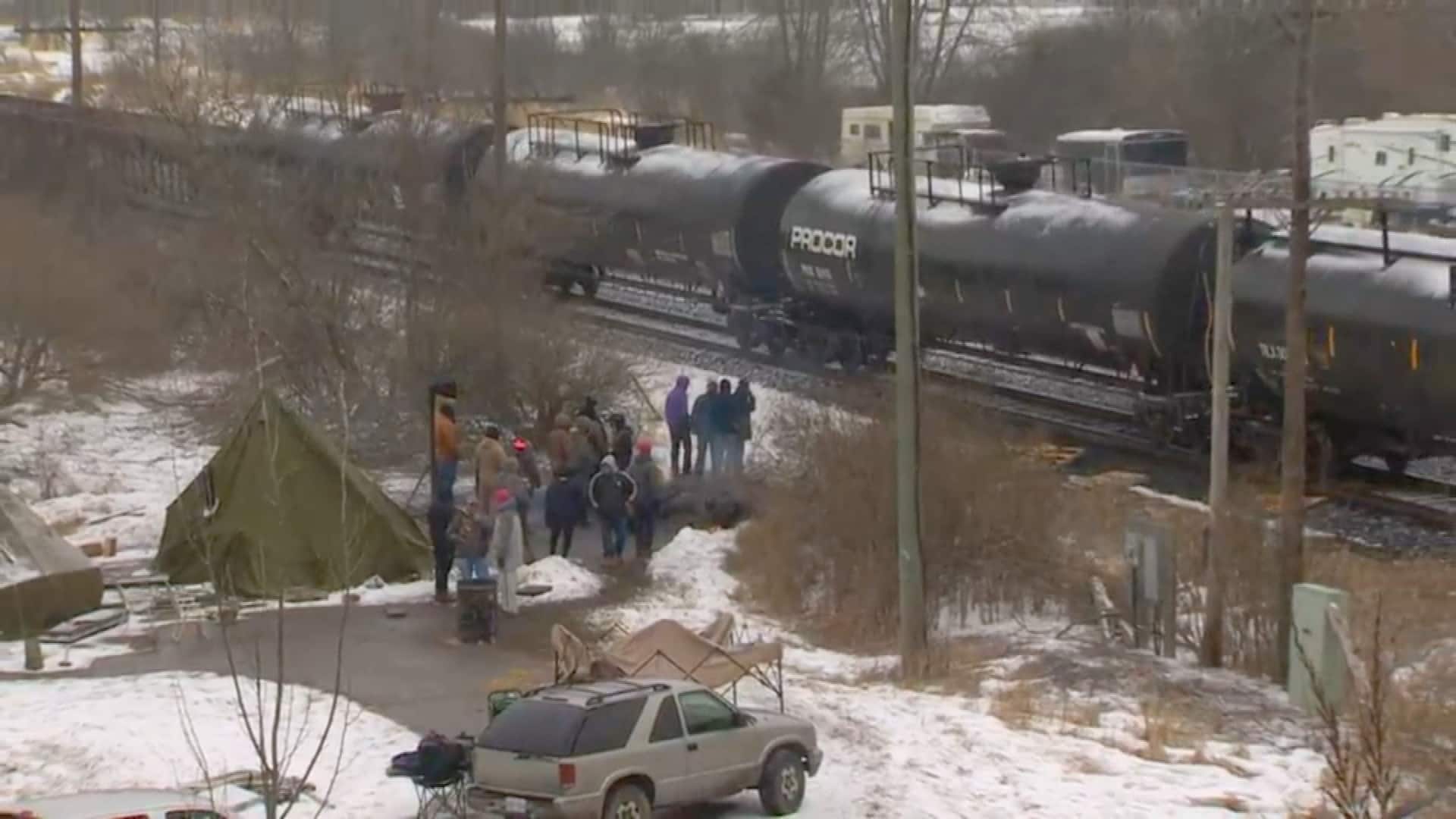 11 months agoVideo
3:06
Moments before the train reached the crossing at Tyendinaga, protesters had thrown rocks and lit a fire at the side of the tracks. 3:06

She said she's been rationing her supply by providing smaller amounts to customers and prioritizing those who need it for cooking and heat.

Wagner said she hasn't heard from her supplier, Wilsons, as to when she should expect a rail shipment, but even if she received a shipment Thursday, it would still take more than three months for her business to recuperate.