Nova Scotia Premier Stephen McNeil's supporters are fiercely loyal, while those who have disagreed with him through the years suffer no love lost.

Few politicians in Nova Scotia in recent memory have been as polarizing as Premier Stephen McNeil. That point is made evident simply by considering two very different types of exchanges on the sidewalk outside Province House, one that led to historic change and another the source of intense scorn.

Tony Smith remembers his encounter with McNeil, who announced Thursday he will be stepping down as premier.

At the time, McNeil was the leader of the opposition, and Smith was standing outside the legislature with other people trying to get the government of the day to call a public inquiry into the Nova Scotia Home for Colored Children.

McNeil approached Smith to apologize for not supporting the call from the outset, and informed him that following a conversation with his mother he'd changed his mind and wanted to help.

"And when he did, I realized that we would have an ally," Smith said Thursday.

The two established a relationship after that meeting, with Smith helping to educate McNeil on the issue. When the Liberals formed government in 2013, McNeil kept his word, eventually calling an inquiry, reaching a settlement with the former residents and issuing a public apology.

"To make sure that we got justice was quite amazing, and that shows true leadership," said Smith.

It was a very different scene outside Province House in 2014 when McNeil and his government called 24-hour sittings to pass legislation to merge the district health authorities and also tried to change the way unions represent heath-care workers.

Nova Scotia Government and General Employees Union president Jason MacLean was vice-president during the health-care fights. As MLAs debated the legislation inside Province House, MacLean's booming voice could be heard from outside, amplified by a megaphone, chanting "Steeeeeee-vannnnnnnnnn."

On Thursday, MacLean issued a statement noting politics isn't an easy job, but that was about as much as he was willing to concede to the premier.

"Stephen McNeil has spent most of his seven years in office attacking the rights of workers. I sincerely hope that the Liberal Party of Nova Scotia will take this opportunity to alter their course and elect someone with more progressive views and someone who is interested in working collaboratively with others."

The legislation in 2014 was the first of many fights with organized labour. McNeil never shied away from what he believed was necessary to get the province's finances in order and make money available for other programs, such as pre-primary, and infrastructure projects.

Where premiers before him buckled to pressure from unions and reversed course, McNeil charged ahead again and again, no matter the size of the crowd outside the legislature, even when it required him to have a police escort to get to and from work.

But those fights — with teachers, health-care workers, judges, doctors and other workers — often created disdain for what many people viewed as a take-it-or-leave-it approach to negotiations and poisoned the well permanently for some people, most notably those in the film industry who felt changes to a tax credit permanently wounded their business. Many of those fights have since moved to the courtroom and constitutional challenges.

The massive protests at Province House as the Liberals imposed a contract on teachers in 2017, prompting a one-day teachers' strike, happened before Wozney became president of the union.

On Thursday, he said he'd hoped to try to improve the relationship, but McNeil has never accepted his invitations for in-person meetings. It wasn't what he'd hoped for, said Wozney, particularly as issues remain to be addressed in classrooms.

"There was never any interest on the part of the premier to pursue that relationship or conversation, and you'd have to ask him why," Wozney declared.

The premier has also been known to bristle at criticism related to openness and transparency, something that happened even during Thursday's news conference with reporters.

It's been a thorny issue for McNeil almost since the first day he became premier. Perhaps now to his chagrin, at the time McNeil and his team promised to lead the most open and transparent government in Canada.

"His record, to put it mildly, does not reflect that," said Michael Karanicolas, president of the Right to Know Coalition of Nova Scotia.

McNeil went back on a promise to give the province's privacy review officer greater powers and openly acknowledged preferring the phone to email to avoid freedom of information requirements. He's also the first premier in recent history to not provide a weekly schedule.

Karanicolas said it might not be surprising, but it remains disappointing for him.

"It is very common for politicians to be far more supportive of transparency and accountability and checks on power when they are in opposition or when they are candidates than when they take power," he said.

"But the speed of the U-turn that Premier McNeil had on that issue was still surprising."

McNeil might not have kept his pre-election promise to Karanicolas, but for Pictou Landing First Nation Chief Andrea Paul, McNeil will always be "a man of his word."

Even before he became premier, McNeil took an active interest in learning about Boat Harbour and what its use as a treatment site for a pulp mill had meant for Paul's community.

"He wanted to hear from us," said Paul. "He wanted to understand what the situation meant to Pictou Landing First Nation."

When the mill's pipeline burst in 2014, causing a large effluent spill and blockade by the First Nation, which led to legislation to permanently close and clean up Boat Harbour, Paul said she had faith that a legacy of broken promises by provincial governments was about to end.

"I really believed that if he was going to leave some kind of legacy, the legacy would be that he did right by the environmental racism that had happened to Pictou Landing First Nation."

Even when he was faced with the decision last December of whether to extend the closure deadline and mounting pressure from the mill, its employees and the forestry industry, Paul said she never questioned what McNeil would do.

The two came to Province House together. On Thursday, Glavine said he was impressed right away with McNeil's ability to quickly learn about issues, take a position in caucus and then try to get something done, such as securing dedicated funding for autism support.

Glavine would go on to be one of the early backers of McNeil's leadership bid and has remained steadfastly loyal ever since. McNeil would eventually return the favour.

As health minister at the time of the contentious health-care legislation during the party's first term, Glavine faced intense hostility. There were missteps, and the approach was far from smooth, but McNeil stood by his minister throughout the process.

"I've worked with no one with [that level of] undying loyalty and support," said Glavine.

"The premier was there with enormous strength."

In tense times, McNeil regularly called ministers and caucus members to see how they were doing, to check on their families and extend his support when necessary, particularly during times when it might have felt like the Liberal caucus was being opposed by everyone, said Glavine.

"I have had seven years that, in fact, will be unforgettable in terms of the cohesion and the care for one another in the cabinet and in caucus. I have not seen anything like this or heard of this in my 17 years in political life."

WATCH | The legacy of Stephen McNeil: 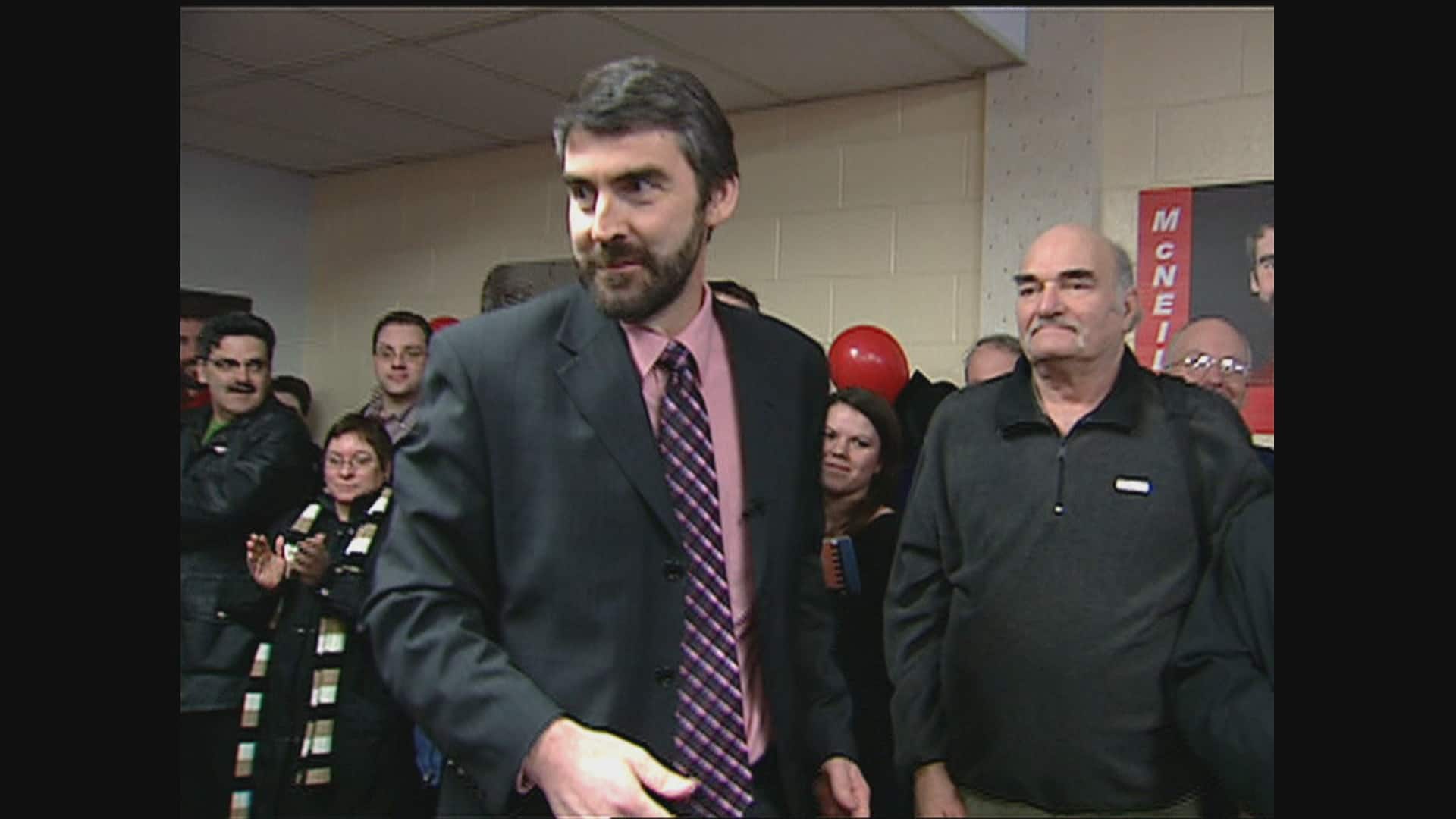 The legacy of Premier Stephen McNeil

7 months ago
2:18
Stephen McNeil says he never entered political life with an eye on becoming premier. In fact, his political fortunes were built on his beating the odds and having his opponents underestimate him. The CBC's Jean Laroche has this look at his political legacy. 2:18

With files from Shaina Luck