Premier calls for scandal-plagued MLA to step down 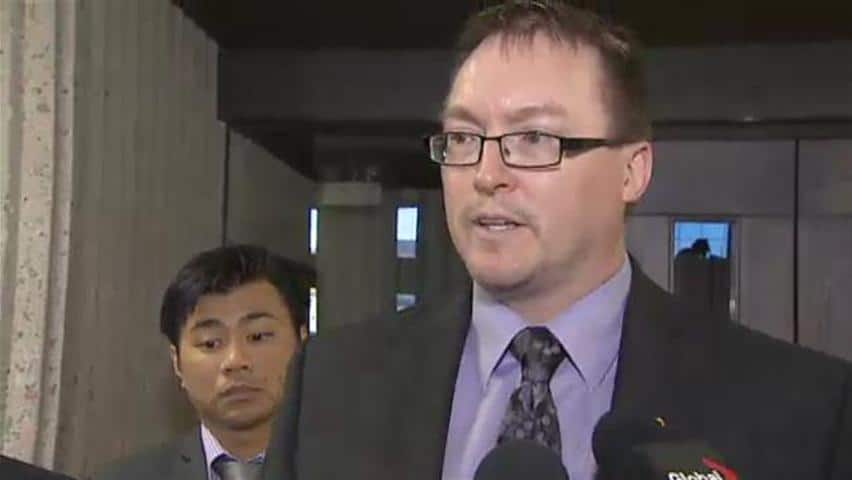 8 years agoVideo
1:48
Trevor Zinck, an Independent member of the Nova Scotia legislature, plans to remain an MLA despite pleading guilty Monday to charges of fraud and breach of trust. 1:48

Dexter said he will recall the legislature to force the Independent MLA out if he doesn't step down after pleading guilty on Monday to charges of fraud and breach of trust.

"If he doesn’t resign then the House will be recalled to deal with that question and we will do it it once the proceedings that are before the court are completed, as is appropriate. It's really quite a sad day for the people he represented," said Dexter

Members from Nova Scotia's three main political parties are all calling on his resignation.

"The only honourable choice left for him is to resign," said deputy premier Frank Corbett in a release.

"Do the right thing," wrote the Liberal party in a release.

But the Independent politician has said he wants to remain the MLA for Dartmouth North and would consider running in the next election. He collects a $83,000 per year salary.

"Ultimately, this is not about one person. MLAs should not be policing themselves or deciding their own pay and pension," said Progressive-Conservative Leader Jamie Baillie. "With four convictions, the time has come to replace the MLA-populated House Management Commission with a panel of citizens."

Zinck is one of four politicians charged in February 2011 following an investigation by the province's auditor general into constituency allowance spending.He is the only one who still sits in the legislature.