Pregnant women advised to weigh risks of getting COVID vaccine, talk with their doctor

An infectious disease specialist at the IWK Health Centre in Halifax says pregnant women should talk with their doctors and weigh the risks of getting the COVID-19 vaccine given the lack of data available right now.

A doctor at the IWK Health Centre in Halifax says pregnant women should talk with their doctors and weigh the risks of getting the COVID-19 vaccine given the lack of data available right now.

Pregnant women were excluded from initial clinical trials for the Moderna and Pfizer-BioNTech vaccines, which means there's no information about the safety and efficacy of the vaccine for them.

Dr. Scott Halperin, director of the Canadian Centre for Vaccinology, said there's no blanket recommendation telling Canadian women who are pregnant or breastfeeding not to get immunized, but "theoretical risks" should be considered.

"It's really a case-by-case basis, individual decision of that risk," he told CBC's Information Morning on Thursday. "If somebody is not seen coming into contact with people with COVID-19 and they're pregnant, they might be able to afford to wait several months and get the vaccine as soon as they deliver."

Women working on the front lines of the pandemic may have different considerations, he added. 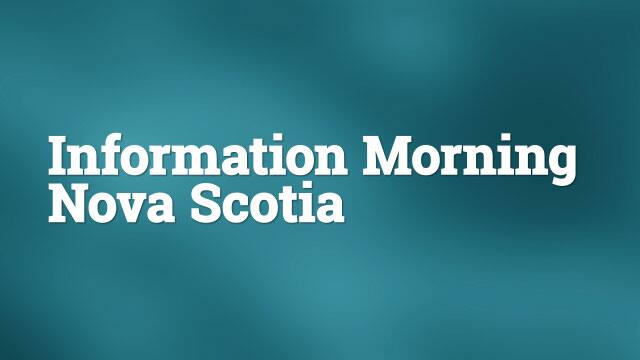 Information Morning - NS7:40COVID-19 vaccine while pregnant?
Not everyone is recommended for getting the COVID-19 vaccines, including pregnant people. Immunologist Dr. Scott Halperin tells us why. 7:40

"If somebody is in a position where they are much more likely to be exposed, then that individual risk might be more from the COVID-19 and a woman might choose to get the vaccine during pregnancy, and we're seeing both of those situations and both of those different types of decisions," Halperin said.

Early research released in December from the University of British Columbia shows that pregnant women are at higher risk of being hospitalized if they do get the virus compared to non-pregnant women in the same age group.

Researchers cautioned that their study is preliminary and only included data from cases in B.C., Alberta and Ontario.

Data could be available later this year

Halperin said at this point there are no red flags that the COVID vaccines themselves are harmful to a mother and baby.

The National Advisory Committee on Immunization, which provides advice to the federal government, recommends that approved COVID-19 vaccines may be provided to people excluded from clinical trials, "if a risk assessment deems that the benefits of vaccination outweigh the potential risks for the individual."

"The biggest risk is if somebody, a woman, had a fever with the vaccine, which you can get and if it were a high fever, fever itself can be harmful, not all the time, but occasionally to the fetus, so it's that type of risk that we're looking at," Halperin said.

That could be a small risk compared to the risk of getting COVID-19, he added.

Halperin estimates it could still be six to eight months before data about how pregnant and breastfeeding women respond to the vaccine is available.

Halperin advises women trying to get pregnant to take a similar approach and weigh the risks.

"If one gets the vaccine, one should wait about a month or six weeks before getting pregnant … even theoretically there wouldn't be lasting risks so one doesn't have to not get pregnant for a year, just for a matter of weeks."

He said at one time pregnant women weren't involved in clinical trials at all over concerns about harming the fetus.

Studies involving pregnant women and children are only done once the vaccines are deemed safe for the general public, he said.

More vaccines on the horizon

People who are immunocompromised also weren't part of the initial clinical trials for the vaccines, and Halperin said it's a good idea for them to talk with their health-care providers about the risks of getting immunized.

"Right now, there are very few exclusions to getting vaccinated," he said. "People who have had anaphylactic reactions to vaccines in the past … should take care with immunizing."

Halperin said more vaccines will be available to Nova Scotians in the months ahead. The U.K. was the first country to approve the new AstraZeneca-Oxford vaccine and Halperin expects Canada won't be far behind.

"Hopefully within a month or so, we'll have maybe four vaccines and further ones a couple of months beyond that."