The New Glasgow Police Service has released video and a photo from a security tape of Amber Kirwan leaving Dooly's pool hall Oct. 9. 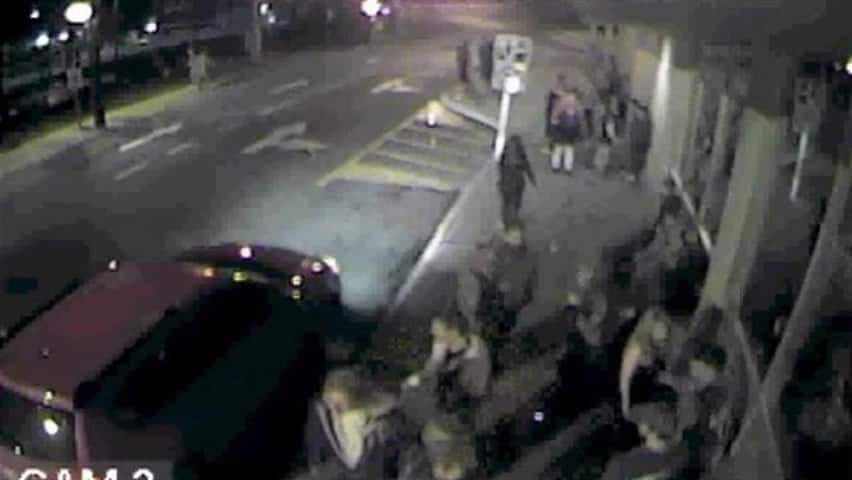 The New Glasgow Police Service has released video and a photo from a security tape of Amber Kirwan leaving Dooly's pool hall on Oct. 9.

The 19-year-old New Glasgow woman was last seen leaving the pool hall to meet her boyfriend, according to friends. Mason Campbell told police she never met up with him.

In the video, Kirwan — who is wearing a dark-coloured outfit — is seen speaking with someone in a crowd of people. She then leaves the crowd and walks up the street alone.

Const. Ken MacDonald said police released the picture and video to bring in more tips from people who might have information on Kirwan's disappearance.

"The smallest information from the general public on the night in question — on Oct. 9, approximately between 1:30 a.m. and 1:45 a.m. — can be extremely valuable to investigators in solving this case," MacDonald told CBC News.

An RCMP dive team was in the water on Thursday at the Big Gut Bridge on the Pictou Landing Road looking for clues related to Kirwan's disappearance.

Over the weekend, Campbell's car was seized. Police would not say what they were looking for in searches this week, only that search sites are chosen because of information they have received.

Searches have been conducted in New Glasgow, Trenton and the Hillside area, just outside Trenton, while rescue boats have combed the East River.

Police are also warning people to be careful of people fraudulently asking for donations in Kirwan's name.

A reward of $5,000 has been offered for information leading to Kirwan's safe return.