Peter MacKay's decision to bow out of politics is being greeted with both shock and warm wishes in Nova Scotia as the Central Nova MP turns his attention toward his growing family.

Peter MacKay's decision to bow out of politics is being greeted with both shock and warm wishes in Nova Scotia as the Central Nova MP turns his attention towards his growing family.

With Prime Minister Stephen Harper introducing him in Stellarton, N.S., MacKay announced he will not seek re-election, but will stay on as the federal justice minister and MP for Central Nova until October.

"I love what I do but I love my family more," MacKay said Friday.

A longtime Nova Scotia Tory says the news caught some Tories off guard, calling the cabinet minister the most influential federal politician from the province since the Trudeau era.

"Certainly it wasn't something anybody was expecting, but politics can change on a dime, and here we are changing on a dime as we speak," Rob Batherson, who worked for MacKay in Ottawa, said Friday.

MacKay, he says, sought funding for many local projects, including Halifax's new library and the Canada Games Centre, and pushed for the Harper government to launch a national shipbuilding program.

MacKay is minister of justice, but has previously served as minister of national defence, minister of foreign affairs and minister for the Atlantic Canada Opportunities Agency.

MacKay ably represented Nova Scotia in Ottawa, according to both allies and opponents, including former Halifax MP Alexa McDonough, who served as the New Democratic Party leader between 1995 and 2003.

McDonough says she and MacKay were friends, but that doesn't mean they didn't have their battles.

One of their most memorable exchanges was during the 2006 election campaign when MacKay told McDonough to "stick to your knitting," a remark he later apologized for.

"I not only remember fondly, with a chuckle, the moment when he told me to stay home and stick to my knitting, but I remember thinking, 'This is a great opportunity to talk about sexism,'" McDonough said Friday.

"Most recently, when his son Kian was born, I sent him my best wishes along with some knitting needles and a big ball of wool and a book called Knitting for Dummies. We laughed about that."

'He was a true friend to Pictou County'

"Peter and I have enjoyed a very good working relationship and friendship, because we have always shared a common goal of working to make our province a better place," McNeil said in a statement.

"Peter has been a tireless advocate for our province in Ottawa and on the world stage," Baillie said in a statement.

"As a friend and a colleague, I wish success and happiness to Peter and his growing family as they begin this new chapter in their lives."

Local politicians say MacKay was also invested in helping out the communities in his riding.

Trenton Mayor Glen MacKinnon says MacKay supported local towns in their infrastructure projects, such as new recreation facilities. He understood what pockets of federal money might be available and "was always there to help us." 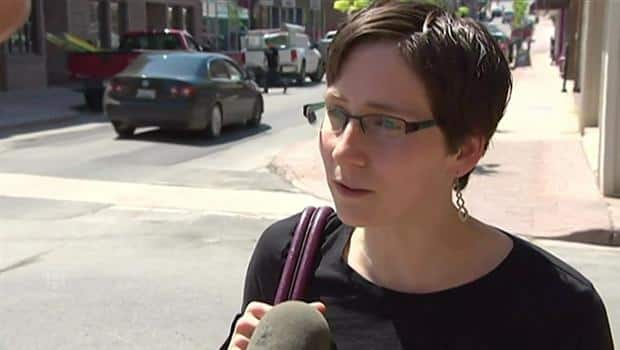 6 years agoVideo
0:34
People in MacKay's riding weigh in on what's next for their longtime MP. 0:34

MacKay is married to human rights activist Nazanin Afshin-Jam. They have one son, Kian Alexander MacKay, and are expecting a daughter in September.

"I can only imagine how demanding it would be being a parent and a senior federal cabinet minister with responsibilities in Ottawa and in Halifax," Batherson says.

Before entering politics, MacKay was a lawyer in New Glasgow and then a Crown prosecutor. He was called to the bar in 1991.