Parts of Nova Scotia in the grips of a winter storm 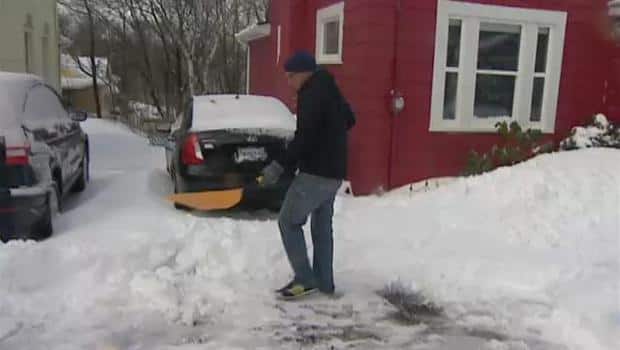 The worst hit areas are in northern mainland Nova Scotia and Cape Breton.

The snow began early Thursday evening, accompanied by strong gusty winds. By the middle of the night the visibility was so bad the Department of Transportation pulled its vehicles off the roads.

"The operators couldn’t see.  So we had a lot of guys who just decided we better pull off and wait it out. We also had cars stuck on the roadways. We had ambulances looking for assistance. Overall a long and nasty night," said Mike Boudreau, operations supervisor in Sydney River.

Boudreau said the salt trucks and plows are on the roads now, but it may be this evening before all areas are cleared.

The wind and snow has also knocked out power to thousands of customers in Cape Breton.

The largest outages are in Baddeck, Isle Madame and Boularderie.

The utility says power should be restored by 10 a.m

RCMP say there have been several accidents.

A tractor trailer was stuck and blocking the Canso Causeway, but it re-opened before 9:30 a.m.

In Cape Breton police are warning people to stay off the roads.

All schools in Pictou, Cumberland and Colchester counties, as well as in the Municipality of East Hants are closed.

The Nova Scotia Community College has closed its campuses in Sydney, Port Hawkesbury and Pictou for the day.

Provincial government offices are closed at least until 1 p.m. in Pictou, Antigonish, Guysborough and on Cape Breton Island. Marine Atlantic crossings are cancelled as well

The only flights cancelled at the airport are those coming from or going to Sydney.