Ottawa has signed a $288 million contract for the design of new Arctic offshore patrol ships as part of its shipbuilding procurement project.

Ministers won't say how many ships to be built in Halifax 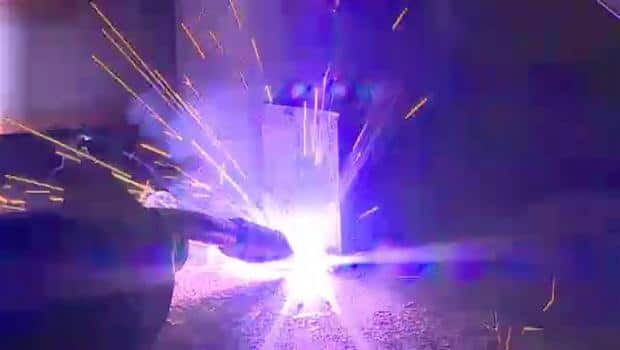 8 years agoVideo
1:57
Ottawa has signed a $288 million contract for the design of new Arctic offshore patrol ships as part of its shipbuilding procurement project. 1:57

Ottawa has signed a $288 million contract for the design of new Arctic offshore patrol ships as part of its shipbuilding procurement project.

The federal government and J.D. Irving signed a 30-month planning and engineering definition contract that will establish what ships to build and how to build them.

The contract with Irving Shipbuilding of Halifax was announced by Defence Minister Peter MacKay and Public Works Minister Rona Ambrose on Thursday.

Neither would say how many Arctic patrol ships would be built under the deal.

The original estimate was between six and eight.

The contract is expected to support up to 200 jobs in Nova Scotia. Irving said there will be an additional 75 jobs in other provinces.

Ambrose said the design contract will ensure that construction of the ships can begin once the build contract is signed.

Construction of the vessels is expected to begin in 2015.

In order to make the deadline, Irving said it had to hire Danish marine architects and engineers.

"The majority of the design will be done in Denmark, but there are a number of other subcontractors and Irving that will participate in the evolution of the design," said shipyard executive Ross Langley.

The company said about 70 jobs will be in Denmark.

Meanwhile Nova Scotia’s premier reacted to the news on the Halifax waterfront.

"This is the tangible piece of this. This is where you start to see the design and engineering teams put in place. You start to see the infrastructure being built in the yard and the workers know that this is what was committed to when the National Shipbuilding Procurement Strategy was put underway," he said.

In October 2011, the federal government awarded the Irving shipyard in Halifax a $25-billion deal to build 21 combat vessels.

The contract signing will trigger a $300 million modernization at the shipyard to prepare it for construction.