The federal government is dismantling a state-of-the-art Nova Scotia fish hatchery it spent $400,000 upgrading over the last five years. 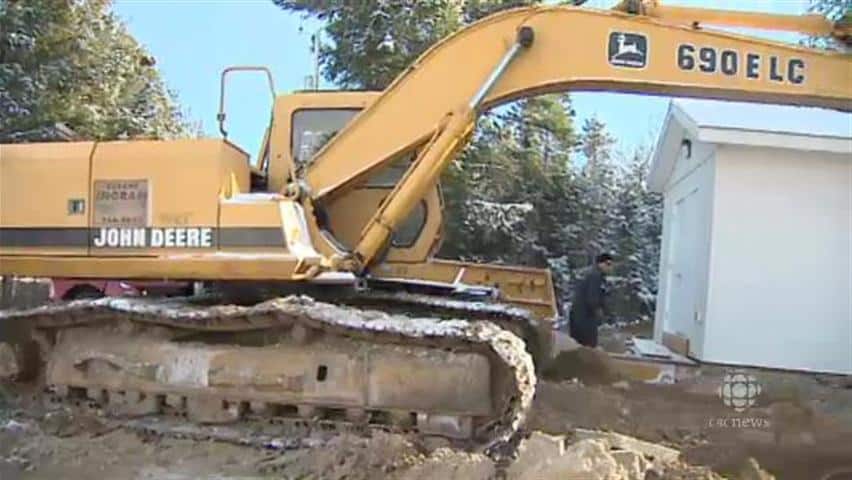 7 years agoVideo
2:03
The Department of Fisheries and Oceans is dismantling a Nova Scotia hatchery it spent $400,000 upgrading over the last five years. 2:03

The federal government is dismantling a state-of-the-art Nova Scotia fish hatchery it spent $400,000 upgrading over the last five years.

The Mersey Centre for Biodiveristy in Milton was a breeding ground for endangered and threatened fish, including Atlantic salmon and its cousin the Atlantic white fish.

But Fisheries and Oceans Canada is shutting down the facility one building at a time. The fish have been removed and the labs and scientists are gone. Special ponds constructed with the help of the Queens County Fish and Game Association are gone, too.

All Nova Scotians should be very concerned that the recovery of salmon in Nova Scotia is virtually impossible.- Dave Dagley

“The department has spent approximately $400,000 on infrastructure upgrades at the Mersey facility over the past five years,” said spokesman Luke Gaulton.

“Some of the equipment purchased as part of these upgrades has been transferred to other Fisheries and Oceans Canada facilities.”

The federal government said the facility is no longer needed. Fisheries and Oceans Canada said the Atlantic whitefish breeding program was ended because the department has stocked a lake in Dartmouth with whitefish reared at Mersey.

Two other biodiversity centres in the region will help preserve the Atlantic salmon.

Locals tried to save the facility, but appear to have lost their effort.

Dave Dagley is part of a community effort to save the facility.  Fisheries and Oceans Canada​ won’t turn the facility over to them. Nova Scotia Power, which owns the land, says without that permission it cannot turn over the site.

“The situation we’re facing today at Mersey facility is if [Fisheries and Oceans Canada] follows through with demolition and destruction, then all Nova Scotians should be very concerned that the recovery of salmon in Nova Scotia is virtually impossible, in our opinion,” he said.

The hatchery is on 15 acres of land owned by Nova Scotia Power. Keith Colwell, minister of fisheries and aquaculture for the province, said it costs $500,000 a year to keep it operating, a price it no longer wishes to pay.

“We don’t have the ability to take this on,” Colwell said.

The facility is supposed to be fully phased out next year.