Two orphaned baby seals have sparked the creation of what is being called Nova Scotia's first permanent marine wildlife sanctuary. 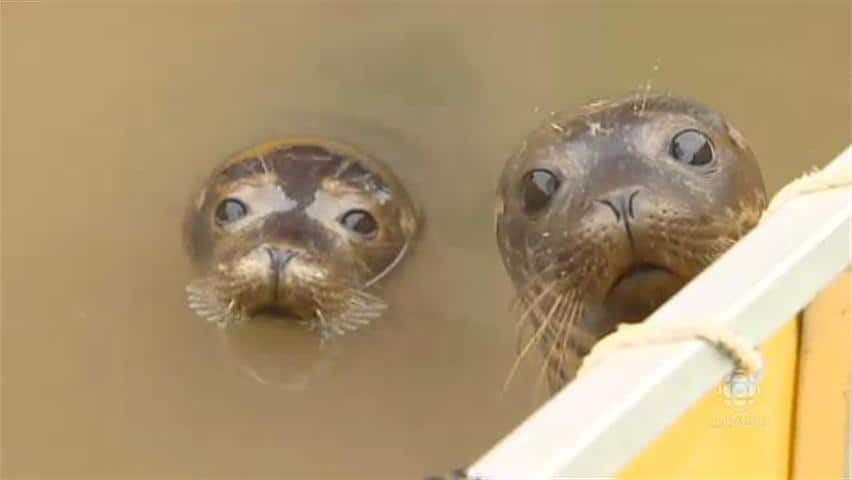 Pups Jessie and Lassie, one rescued in New Brunswick and the other in Nova Scotia, ended up at Hope For Wildlife after losing their parents.

"One of them, the fisherman said the mother had been shot and the little baby was still there, so he brought it in. The other just followed the fisherman home from a great distance from out at sea. He couldn't just leave it there, so he lassoed and pulled it onto his boat. We called him Lassie," said Hope Swinimer, founder of the eastern shore sanctuary.

The babies were so young that remnants of one's umbilical cord was still attached when it was rescued.

They started building the new refuge this week.

"For them, it will be far more quiet and peaceful. They won't get any interference from people. People will not be able to see them up here. That's better when you're rehabing. You don't want to have the general public seeing the animals too often," she said.

The new sanctuary has three plastic and concrete tubs set into a wooden platform. A carpenter is donating his time to create the permanent marine wildlife sanctuary.

It could host up to 40 animals at a time.

Swinimer said she hopes to complete it by the end of August.

The two orphaned seals will be released into the wild shortly after that.