Oil spill liability increased to $1B in clean-up costs

Ottawa announced new provisions Tuesday to ensure the oil industry is responsible for cleaning up spills during offshore drilling and commercial production. 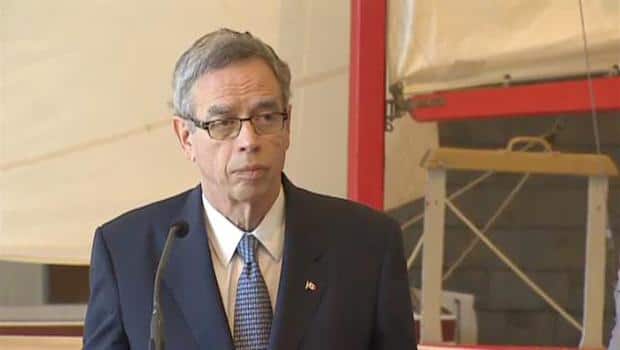 Ottawa has announced new provisions Tuesday to ensure the oil industry is responsible for cleaning up spills during offshore drilling and commercial production.

New measures — expected to be introduced this fall in Parliament and the legislatures of Nova Scotia and Newfoundland — will increase liability and transparency.

The changes will leave operators with unlimited liability when they're at fault. Even where there is no proof of fault or negligence, operators will now be responsible for up to $1 billion in clean-up costs. That's up from the current provision of $30 million.

Operators also have to make $100 million available to offshore regulators and have financial assets of at least $1 billion. Another proposed change will require the public disclosure of emergency plans and environmental monitoring reports.

Currently the information is secret.

The changes were announced Tuesday morning at a ceremony in Halifax. Natural Resources Minister Joe Oliver also announced that liability in the Arctic will increase to $1 billion from $40 million.

Oliver said the move is aimed at aligning Canada's accountability regime with current international standards in the event of an oil spill.