Odin Camus’s birthday went viral last week and now the teen will continue his birthday celebrations in Halifax as honorary captain of a navy ship.

Odin Camus’s birthday went viral last week and now the teen will continue his birthday celebrations in Halifax as honorary captain of a navy ship.

"I’ve always wanted to be in the navy," said Odin. "I’m a sea cadet now and get to be the captain of my own ship for a day...should be fun."

Odin’s story went viral when his mom Melissa put a plea on Facebook asking friends to text her son who has Aspergers syndrome and wish him a happy 13th birthday after none of his classmates RSVP’d to his party in Peterborough, Ont., where the family lives.

Birthday greetings poured in from around the world with around 10,000 text messages flooding Odin’s phone since Camus posted his number.

The hashtag #odinbirthday was trending on Twitter and Facebook and Odin got messages from the Toronto Blue Jays, Elijah Wood and Justin Trudeau.

Now the Camus family is coming to Halifax so Odin can take the helm of a Royal Canadian Navy ship as an honorary captain.

Odin has been talking about being in the Navy since he was two years old, said Camus. 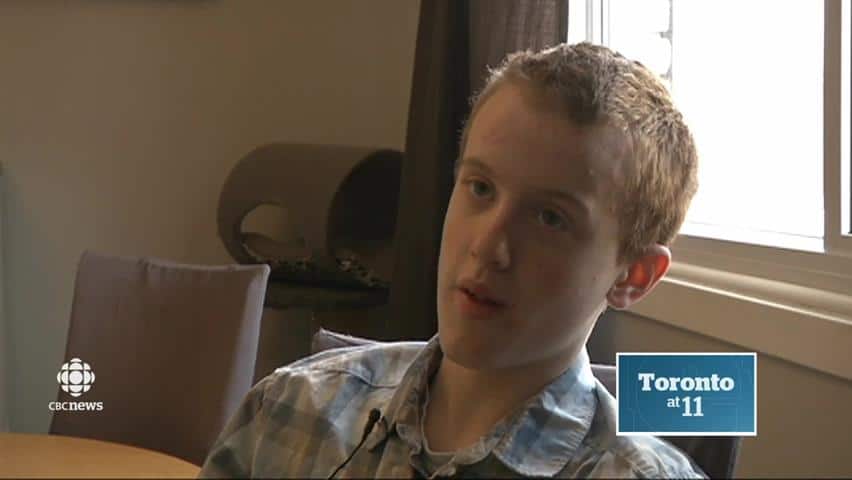 6 years agoVideo
1:39
Peterborough, Ont. teen Odin Camus gets birthday greetings from around the world after no one RSVP'd to his party 1:39​

"He’s incredibly proud of our troops," she said. "He knows what it’s like to feel bullied and he wants to be able to step up and protect people...as a troop."

Odin has been "flipping out" since he found out about the trip, said Camus.

The family doesn’t know when they will be in Halifax but Camus says she hopes to turn it into a family reunion. Camus says her family is originally from Cheticamp but she hasn’t been to the East Coast in 15 years. It will be Odin’s first trip to Nova Scotia.

"I used to have a great time there when I was kid and I hope he falls as in love with it as I still am," she said.

The birthday that was saved by strangers has meant the world to the Camus family. Camus says she and Odin have cried more in the last week than ever before.

"I still don’t even know how to really articulate how much this means to us that people have just been able to show him that people care."

The texts and tweets are still coming in.

"My son finally realizes that people care," she said.