A nursing home in Musquodoboit Harbour, N.S., is on a mission to change the way people look at seniors' facilities by making its own music video. 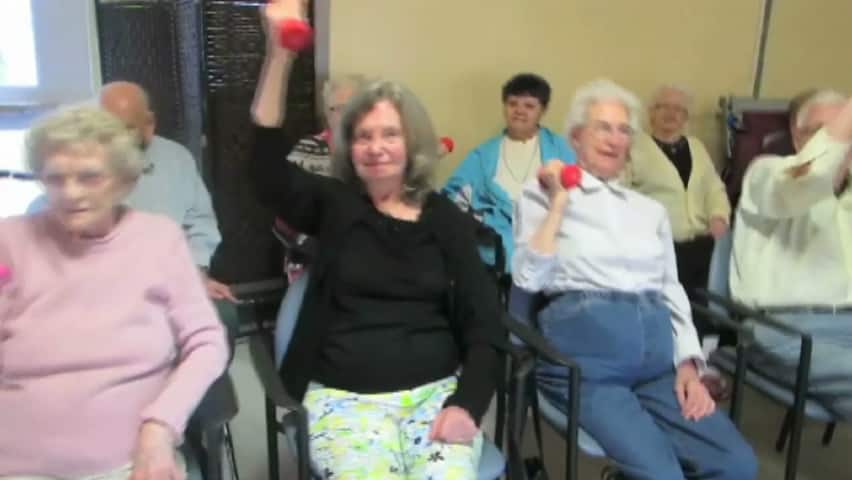 A new spin on nursing homes

8 years agoVideo
1:55
A senior's home in Nova Scotia is putting a new spin on nursing homes with a music video. 1:55

A nursing home in Musquodoboit Harbour, N.S., is on a mission to change the way people look at seniors' facilities by making its own music video.

In the three-minute segment posted to YouTube, residents and employees bounce to the tune of I've got a feeling. They lift weights, dance around and wave signs. The video also shows many laughs.

As of Monday night, nearly 6,000 people had watched their performance online.

The idea came from the recreation director at the Birches Home for Special Care.

"A lot of people ask me, 'How do you work in a nursing home? It must be so depressing.' But it's not at all," said Marny Warner.

"Yes, we deal with loss, we see that every day. However, there's so much fun."

The video was produced by a film student, Ben Stew. Warner said he managed to show the beauty of elderly people, something she hopes the video will inspire others to do as well.

Joyce Currie, a resident who stars in the video, said it was a joy to take part in the routine.

"It was a lot of fun," she said. "Almost contagious through it all. I enjoyed it very much."

The group that shot the video made sure each of the 41 residents at the nursing home had a part. Those who were camera shy were shown in stills.

The video also features family members, employees, and volunteers. Their ages range from 1 to 99.

"I was totally overwhelmed by it," said Heather Murphy. Her 87-year-old mother is in the video.

"It makes me cry, it makes me laugh. It was beautiful."