The former hurricane Teddy arrived in Nova Scotia as a post-tropical storm on Wednesday morning, bringing plenty of wind and rain for the province but paling in comparison to infamous past storms. 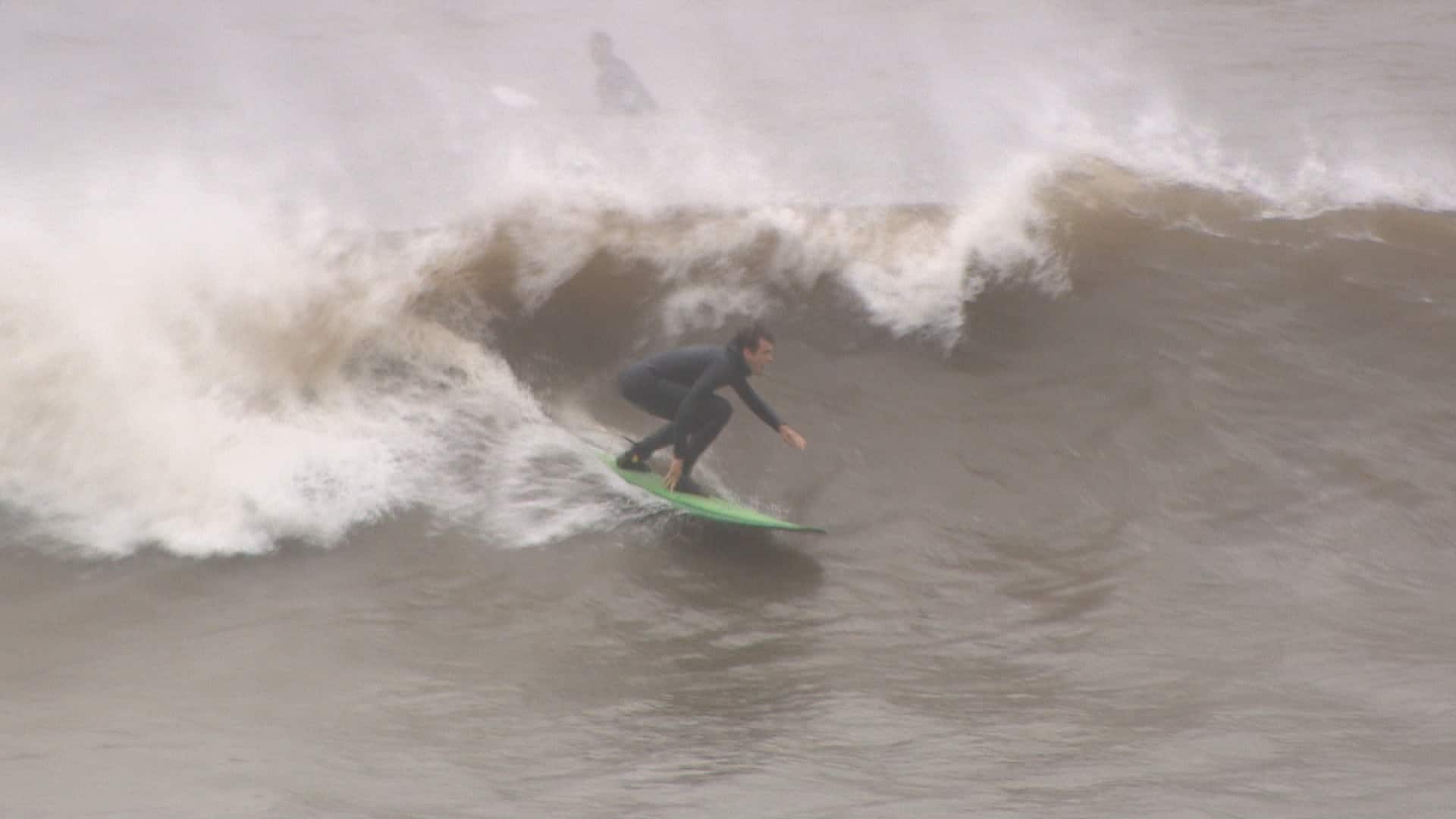 2 months agoVideo
2:46
While there were two days of pounding wind, rain and surf, Nova Scotia's coastal infrastructure held up during the storm. The CBC's Colleen Jones has the story. 2:46

The former hurricane Teddy arrived in Nova Scotia as a post-tropical storm on Wednesday morning, bringing plenty of wind and rain for the province but paling in comparison to infamous past storms.

It made landfall in the Sheet Harbour area on the province's Eastern Shore around 7:30 a.m. AT, according to CBC meteorologist Tina Simpkin. Teddy had picked up forward speed early Wednesday to arrive about two hours ahead of schedule.

They were mostly keeping an eye on the areas east and north of Halifax, he said, including the Eastern Shore and Cape Breton, where damage from the storm surge and high waves was most likely. 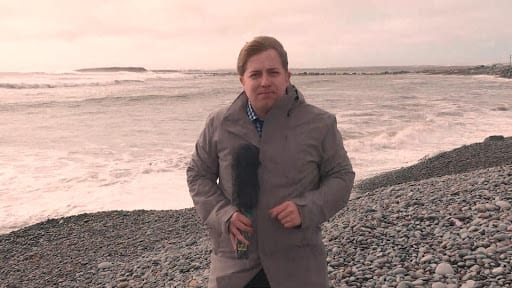 2 months agoVideo
3:09
Post-tropical storm Teddy is bringing strong wind and rain to Nova Scotia before moving deeper into Atlantic Canada, according to the CBC's Brett Ruskin. 3:09

Snoddon also said that Sydney got 44 millimetres of rain with wind gusts up to 87 km/h, while Halifax received between 65 to 92 millimetres.

Teddy was a little underwhelming for some looking for more of a spectacle, like Nicole Chorney, who took her two kids to check out the large waves at Lawrencetown Beach outside Halifax.

"It's kind of a little disappointing, actually. We were sort of looking forward to some good winds," Chorney said.

Their family prepared the same way they did for Hurricane Dorian last September, by putting food in a cooler and filling the bathtub with water to flush toilets.

Andrew Hill was also out watching the waves at Lawrencetown, and agreed the size of the waves was "a let down, honestly."

Hill said Teddy is "nothing" in comparison to Hurricane Juan, which made landfall with estimated sustained winds of 160 km/h as a Category 2 hurricane in 2003 and brought massive amounts of damage to the Halifax region. 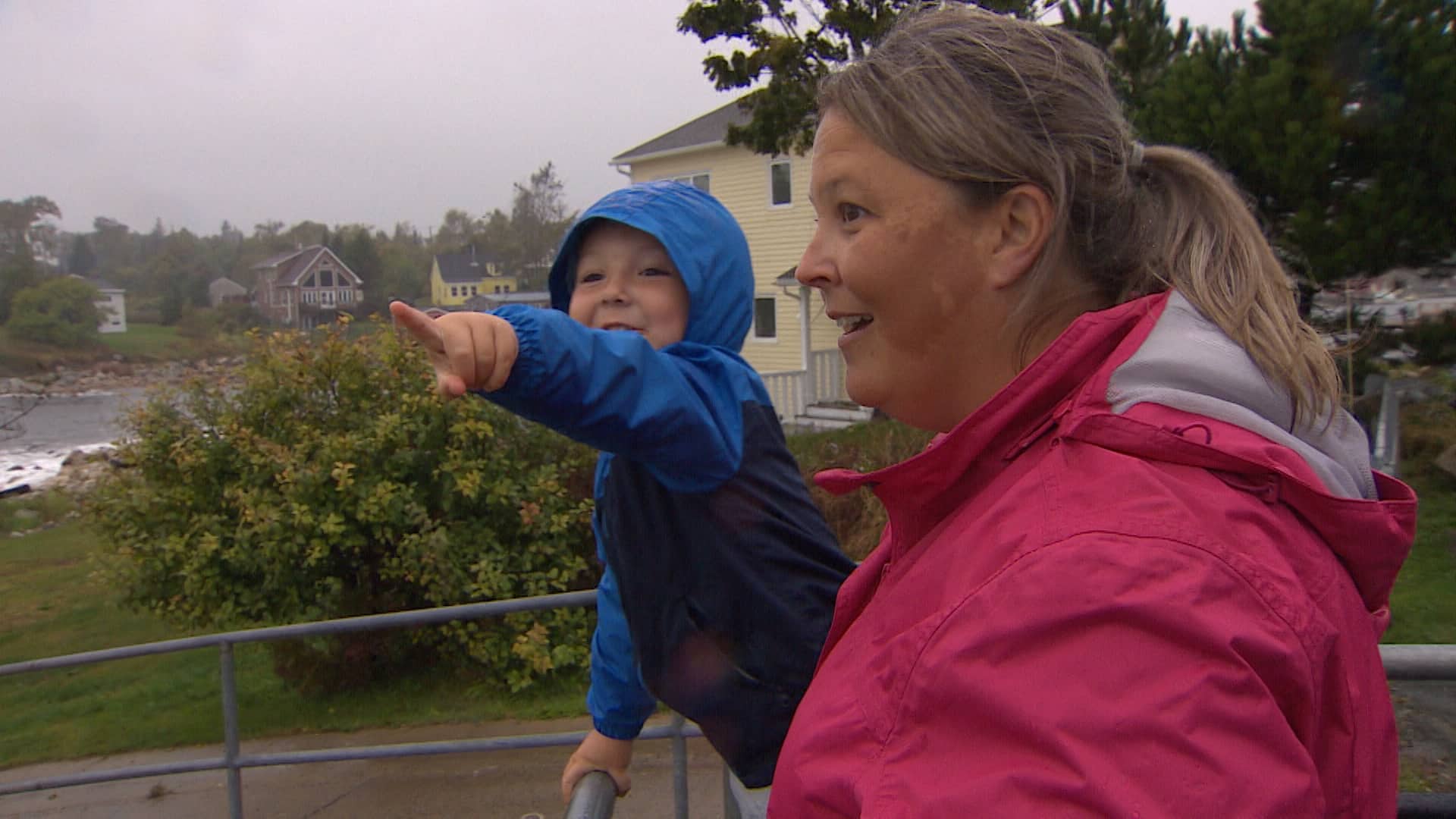 2 months agoVideo
0:33
Large swells will continue along the Atlantic coast Wednesday morning with waves of eight to 10 metres and breaking higher along parts of the coast. 0:33

Thousands of customers throughout the province saw outages on Wednesday. By 7 p.m., almost all customers had their power restored.

The overnight crews were successful in restoring power to about 16,000 customers around the province, he said.

He said about 300 crews responded directly to the storm, with the morning shift hitting the ground at 6 a.m.

Because the winds were expected to strengthen in the Eastern Shore and Cape Breton on Wednesday, Sidebottom said they have a "really good contingent" set up there.

Customers should have their power restored by the end of Wednesday, he said, but urged people to check the outage map for the latest estimates.

The storm weakened as it travelled across eastern Nova Scotia and into the southeastern Gulf of St. Lawrence late Wednesday morning.

By 4 p.m., most of the province seemed to be out of the woods. All wind, tropical storm and storm-surge warnings had ended, according to Environment Canada.

About 30 to 50 millimetres had already fallen overnight in parts of northern and eastern Nova Scotia, with the exception of Victoria County in Cape Breton, which already saw 90 to 120 millimetres.

Farmers in the Annapolis Valley are breathing a sigh of relief because winds were not as powerful as expected.

Environment Canada said the highest risk for the province was the large waves combining with the storm surge, as it created the possibility of dangerous conditions along the eastern part of the Atlantic coast of Nova Scotia.

Rough and pounding surf, localized flooding, infrastructure damage and erosion were likely in vulnerable areas, even outside high tide between noon and 1 p.m.

Officials urged people not to go near the coastline to check out the storm.

"It's important to stay safe," said EMO Minister Chuck Porter Wednesday morning. "Don't be out on the roads if you don't need to be."

Porter said so far most Nova Scotians have paid attention to the warnings, and he was happy to see a "very high" compliance rate from residents.

Forecasters said the storm diminished as it moved across the eastern Gulf of St. Lawrence on Wednesday afternoon, heading toward northern Newfoundland in the evening.

Although some seemed disappointed that Teddy packed less of a punch than expected, Ken Smith, who was out watching the storm at Lawrencetown, said the power of nature is always interesting.

Halifax Transit resumed its services at noon on Wednesday. Ferry service began immediately at that time, while buses became fully operational by 1 p.m.

Municipal sports fields, all-weather fields, tracks and baseball diamonds closed Wednesday and all bookings were cancelled. School was also cancelled for many regions around the province.

The Halifax Public Gardens reopened at noon on Wednesday, but people were asked to avoid visiting municipal parks until the storm passed due to safety concerns and downed trees.

With files from Tina Simpkin, Information Morning and Héloïse Rodriguez-Qizilbash