The leader of the Nova Scotia Liberal Party says if elected he would introduce legislation that would allow private power producers to sell directly to consumers. 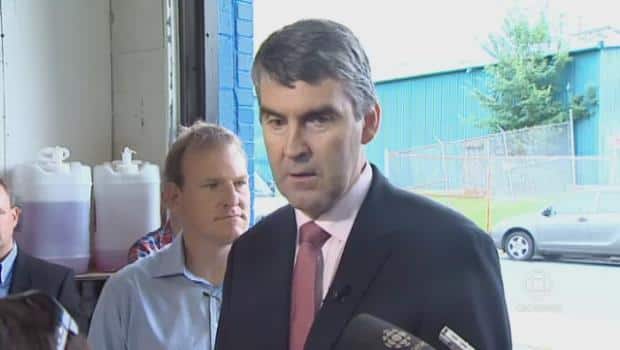 In one of his first promises of the provincial election campaign, Stephen McNeil said he would make rates more affordable.

"Nova Scotians are now being forced to pay the highest electricity rates in the country and that has a day-to-day impact on everyone who lives here," he said.

Nova Scotia Power is the only utility providing power in the province. The Liberals said opening the market to more producers will create competition and lower power rates.

"An end to the monopoly will mean Nova Scotians will have the right to choose their energy provider. Ending the monopoly will provide stability within a regulated and competitive market. Eventually the forces of competition will drive our electricity rates down," said McNeil.

At the Italian Festival in Halifax NDP Leader Darrell Dexter spoke about electricity.

"The Liberals have voted eight times to put the HST back on home energy. We think that’s a bad plan. Mr. McNeil said taking the HST off home energy was bad public policy. I don’t see where giving seniors and ordinary, everyday family a break on power rates is a bad thing," he said.

The first multi-party event of the campaign will happen Sept. 10.

The leaders of the PC, NDP and Liberal parties will be live on CBC TV in discussion with Tom Murphy and Amy Smith.

The program starts at 5 p.m. on CBC TV and will be streamed online at cbc.ca/nsvotes