A Shelburne County man has left his whimsical oceanfront home, complete with hundreds of wooden carvings and a solarium of ceiling-high cacti, to the Nova Scotia Nature Trust, which is now looking for the right buyer. 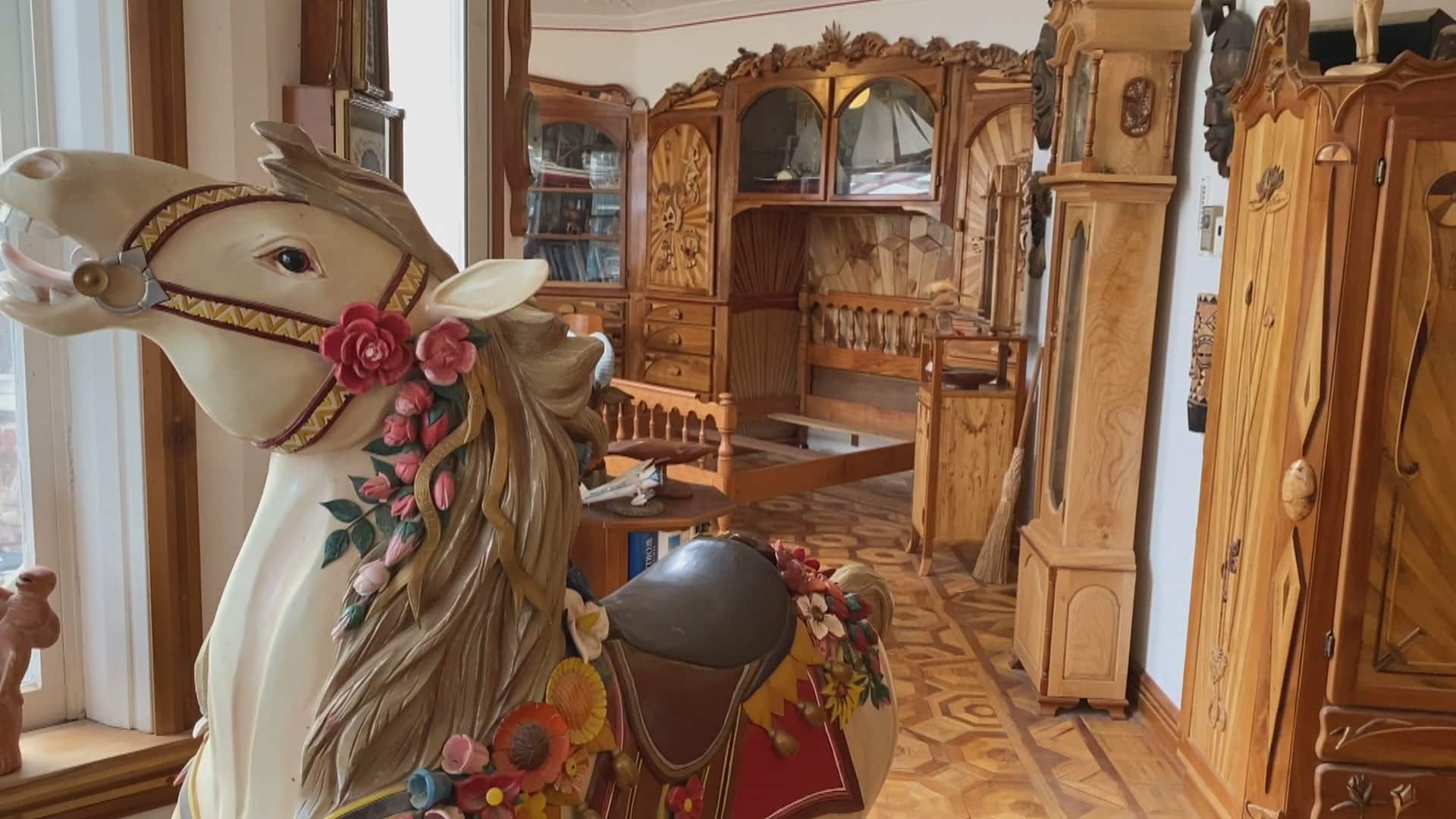 2 months agoVideo
2:42
The Nova Scotia Nature Trust was surprised to learn a 92-year-old man who died a few month ago left them his home and all his possessions. His small house is a work of art and as the CBC's Colleen Jones reports, the interest in it has been huge. 2:42

A Shelburne County man has left his whimsical oceanfront home, complete with hundreds of wooden carvings and a solarium of ceiling-high cacti, to the Nova Scotia Nature Trust.

Victor (Ray) Titterington died earlier this year and bequeathed the unique, three-hectare property in Port L'Hebert to the organization, along with the rest of his estate.

"He lived a very quiet, private life and we did not know he loved the work of the nature trust until he passed away and we were told that he's left this incredible legacy to us," Bonnie Sutherland, the trust's executive director, told CBC's Maritime Noon.

She never met Titterington but has come to know the craftsman through the work he left behind when he died at the age of 92.

Titterington moved to Nova Scotia from Ontario about 25 years ago and built the house overlooking the ocean.

He spent the next two decades working on the building, tending to his cacti garden and crafting an impressive collection of wooden statues in his large workshop, which is the heart of the house.

"Every surface, every bit of cabinet work, the floor, every windowsill is handcrafted by Ray in his whimsical sort of way with carved horses and clowns and all kinds of imaginative shapes. It's something you really have to see to believe," Sutherland said.

"Everything was designed around him and his passions, so it's certainly quirky and really fascinating to see," she said.

Sutherland said "it's definitely highly unusual" for the Nova Scotia Nature Trust to get a gift such as this as it usually receives parcels of land to protect.

Titterington's woodland property isn't ecologically significant so the organization isn't looking to preserve it as a nature reserve, Sutherland added.

It was Titterington's wish that the property be sold and all proceeds go to the trust, which is now looking for the right buyer.

According to a post on the trust's website, Titterington always loved nature and "some of his happiest early recollections were of being outdoors — swimming, skating, fishing, and boating."

His property has been listed for $295,000 and has been on the market for about a month. All of his handcrafted furniture and carvings are also for sale.

"It was something that really meant a lot to him and it became his life's work ... creating these pieces, and as far as we know he didn't sell any of his work. This was just work he created for his own enjoyment," Sutherland said.

While there have been many interested visitors to Titterington's unique property, Sutherland said they haven't yet found a buyer ready to make a serious offer.

"It would be wonderful if there was a group or an individual who would like to actually acquire everything and keep it intact. We would love to see that happen," she said.