Nova Scotia Premier Stephen McNeil is renewing his call for Ottawa to lead any inquiry into last month's mass shooting in the province, adding the suggestion his government is avoiding the issue for political reasons is "offensive."

Nova Scotia's premier is renewing his call for Ottawa to lead any inquiry into last month's mass shooting in the province, adding the suggestion his government is avoiding the issue for political reasons is "offensive."

Premier Stephen McNeil spoke with CBC's The Current on Wednesday about how any potential inquiry should be carried out and what should be involved.

"I don't want another Canadian province or community to go through this. This is something that we as Canadians say would never happen in our country," McNeil said.

"Guess what, it happened in a rural part of Nova Scotia. But it is a national issue, one that we need to take up." 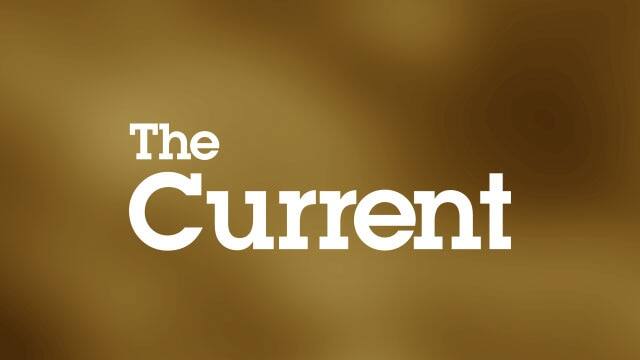 The Current27:25Premier Stephen McNeil on calls for an inquiry into Nova Scotia mass shooting
Premier of Nova Scotia Stephen McNeil speaks to The Current's Matt Galloway about calls for an inquiry into the mass shooting that killed 22 people in April. Some want answers about how the RCMP handled the attack, but the premier says there are jurisdictional issues. 27:25

McNeil said he preferred to let the RCMP finish their investigation into the horrific 13-hour rampage through rural Nova Scotia where a gunman dressed in a Mountie uniform and driving a replica RCMP cruiser killed 22 people.

An inquiry would handle how RCMP responded to the incident, and how the gunman obtained weapons and ammunition, McNeil said.

Although two types of firearms used by the gunman are on the list of "military-style assault weapons" banned in Canada earlier this month, investigators have said they believe all but one of the gunman's weapons were obtained in the United States.

Since both of these issues are federal areas, McNeil said any recommendations would have to be carried out on a national level anyway.

"We have never said we don't want an inquiry. That's the irony here. We've never once said we don't. What we said is the national government needs to lead so the recommendations that come out can be enforced, and the ones that … reflect on what's happening in Nova Scotia, then we will implement them," McNeil said.

"But I do believe the federal government should be sending a signal to Canadians that there will be some form of an investigation into what took place."

When asked about the issue last Friday, Prime Minister Justin Trudeau would not commit to a federal inquiry.

He is one of 30 professors from the university to sign a recent letter calling for Nova Scotia to take the lead, and said McNeil's refusal may be a "potential political calculation" from the premier.

Devlin said, in general, inquiries create a whole series of concerns for any government. There's the expense of holding one, and then a series of recommendations that need to be addressed.

"That's something that we fear a government may not want to have to deal with," Devlin told The Current.

From a moral perspective, Devlin said if a society wants to be strong and proud of its institutions "it has to actually show leadership and a response to a situation in which 22 people are murdered," and not go "kicking the can down the road."

'Accusation with no facts'

When asked to respond to Devlin's point, McNeil said it's unfortunate that someone who is teaching law "would make such an accusation with no facts."

"The whole suggestion that we would somehow not want to do this for political reasons, or were somehow immoral as a government, is offensive to so many people," McNeil said.

He noted the province has carried out inquiries in the recent past, including one looking at the systemic and institutional racism involved in the Nova Scotia Home for Colored Children, an orphanage in Dartmouth, N.S.

McNeil said the province took responsibility for that inquiry because they had "full jurisdiction" over any outcomes.

Devlin and the other professors say McNeil is also avoiding the larger and more challenging structural questions around violence against women and a culture of silence in Nova Scotia.

A former neighbour of the gunman has said she warned RCMP in 2013 that the gunman was a dangerous man who beat his girlfriend and owned illegal guns.

The night of the shooting, he assaulted his girlfriend, but she escaped into the woods and hid until morning.

When asked whether Nova Scotia does have a culture of silence when it comes to domestic violence, McNeil said: "I believe there are too many in this province, including men, who don't stand up. Who haven't said enough."

He added it's not "just a mad gunman" carrying out such assaults, but professionals and people in all levels of society.

If the federal government brought in violence against women as part of an inquiry, "it would certainly be one of the things we as a government would want looked at," McNeil said.

Wally Oppal, a former British Columbia attorney general who oversaw the inquiry into how police handled the Robert Pickton case and missing women from Vancouver, said it might be "premature" at this stage to call an inquiry into the Nova Scotia mass shooting. The police, he said, should be allowed to conduct their full investigations first.

Right now, if an inquiry was called and witnesses from the RCMP were subpoenaed to testify, they "may not be of much help and assistance" since the case is ongoing, Oppal said.

With files from CBC's The Current