Nova Scotia girl, 4, will get her wheelchair

A four-year-old girl in Nova Scotia with spastic cerebral palsy will be getting a wheelchair through the Easter Seals and the Nova Scotia government. Thousands of dollars from around the world streamed in following her dad's passionate plea for funds.

Province and Easter Seals to assist after dad's passionate plea 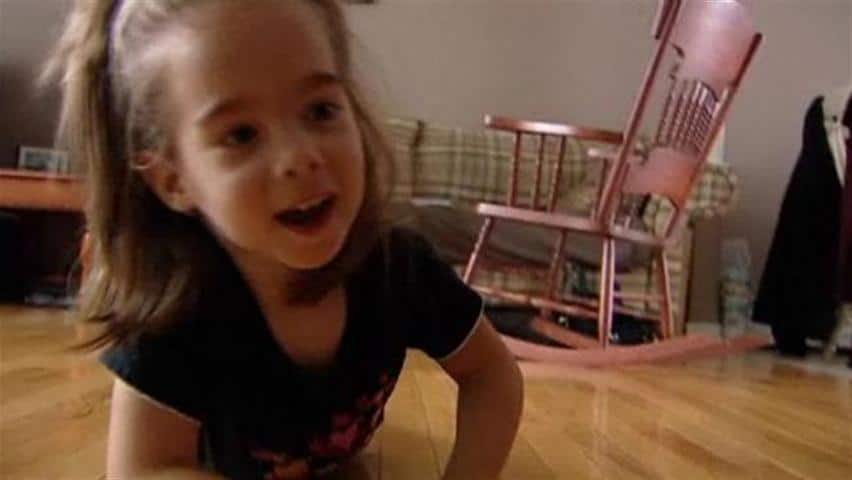 8 years agoVideo
2:53
The fundraising efforts to get a wheelchair for a four-year-old Nova Scotia girl has gone viral. 2:53

A four-year-old girl in Nova Scotia with spastic cerebral palsy will be getting a wheelchair following a passionate plea from her dad.

Nova Scotia's Community Services Minister Denise Peterson-Rafuse said Thursday afternoon at the Nova Scotia legislature her department will team up with the Easter Seals to make sure Payton Given will get a wheelchair following an assessment at the IWK Health Centre.

Payton currently gets around the house by dragging her body across the floor, a sight that compelled her dad to make a plea for some financial help. Brad Given's emotional tale to CBC News prompted a huge show of support, some from other countries.

"I'm proud of Nova Scotians and it shows how much compassion we have," said Peterson-Rafuse, who said she watched the story on TV. "I understand there is a website and money is being raised, it shows how people can come together."

Thousands of dollars from around the world streamed in after Brad Given's plea circulated on the internet.

"I'm not the type to reach out and ask for help," said Given. "Everyone is so overwhelming. It's just touching."

That help has come from points far and wide. In two days, $30,000 (and counting) has been pledged online. Many of the donations came from people on the East Coast who saw Given's tearful plea for a wheelchair for Payton on TV.

But the story took off online.

Readers from as far away as Australia answered the call for donations. There were also pledges from people on Canada's West Coast.

Given's emotional plea has had a lot to do with the money pouring in, but the sight of Payton, a triplet, dragging herself on the floor spoke volumes.

"I mean, my goodness that's just terrible," said Susan Howes of Halifax. "She needs a wheelchair, she should have a wheelchair."

Brad Given is raising the triplets and another daughter without his wife, Amy. She recently died as a result of a blood disorder. The family didn't have life insurance and money is tight. Given had been denied funding for a wheelchair from some groups because Payton wasn't old enough.

Given will now be able to use the money that has been raised to buy a vehicle that he can customize for his daughter's new wheelchair.

"I just thank everybody," said Given as he fought back tears. "People that know me, know that I can get worked up, I get emotional. I'm just trying so hard not to get emotional for the babies and my daughter Michaela."