Joy Saunders of Lunenburg, N.S., is 101 years-old. She has set a goal of walking 102 times before her 102nd birthday this October as a fundraiser for VON Canada.

'This is uncomfortable and very tragic for some people, but we'll get through it.'

She may be "nearly blind" and 101, but nothing will keep Joy Saunders from using her daily walk for a good cause.

Like many Nova Scotians, Saunders has felt helpless in the face of an ongoing pandemic and a mass shooting in Nova Scotia.

"I felt I wish I could do something," Saunders told CBC's Maritime Noon on Tuesday from her Lunenburg home. "I wish I had some talent, but I haven't."

But then she heard about Second World War veteran Tom Moore, who's been fundraising millions for the U.K.'s National Health Service by walking laps of his garden before he turned 100. 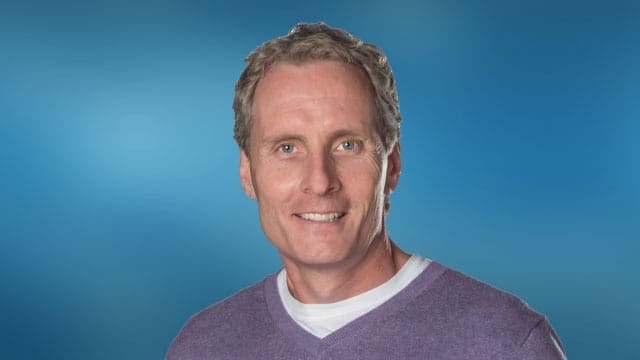 She set a goal of walking 102 times before her 102nd birthday in late October, with funds raised to be donated VON Canada in Nova Scotia.

Walking is "nothing new" to her, Saunders said. She's always been active.

It was when she joined the Canadian Women's Army Corps that she "learned to march," Saunders said, as well as the value of hard work and discipline.

She got her commission near the end of the war, and went overseas to be in Europe on VE-Day, which was 75 years ago last week.

Why Saunders walks for VON

She has mapped out a 800-metre route around her hilly neighbourhood. She walks the half-hour circuit every day, unless it snows, with the help of her trusty walking poles.

She said she chose the VON since she'd volunteered at its local foot clinic for 30 years. She has also used VON services in the past.

The VON nurses and staff go into people's homes "no matter what," Saunders said, which is especially nerve-racking in the middle of a pandemic.

She also added she was thinking about the organization after learning two of the 22 victims of last month's mass shooting, Kristen Beaton and Heather O'Brien, were VON employees.

If she completes her goal, Saunders will have walked more than 80 kilometres. She's already reached the 17-km mark.

"I don't want to waste any time because I might not make the last round, you know. I'm not going to live forever," Saunders said with a chuckle.

There is no specific fundraising goal, Saunders said, and she just hopes to bring in "whatever I can."

The campaign page on VON's website says all funds raised will support the non-profit's work in communities, including meal delivery and transportation programs for seniors and people with disabilities.

Keeping the pandemic in perspective

When out on her walks, Saunders said she often thinks about life, or chats with people across the street as they pass by.

Although she leads "a quiet life" of reading and walking largely unchanged by the pandemic, Saunders said she misses hugs and the "closeness" of people.

She has lived through extraordinary times and remembers the Great Depression as the worst.

"It was so hopeless," Saunders said, recalling people would knock on doors asking if they could cut grass in exchange for food.

People were always hungry, and while Saunders said she understands why Canadians are concerned now about COVID-19 relief funds, even the government had no money during the Depression.

"This is uncomfortable and very tragic for some people, but we'll get through it," Saunders said.

"It'll end and everything will come back again. It'll take time and patience, and I think a lot of people will learn a lot from it."