While the number of car accidents in Nova Scotia remains steady, vehicle insurance premiums are rising significantly because the cost of repairing modern vehicles is skyrocketing.

'This more than just a blip,' says Insurance Bureau of Canada official 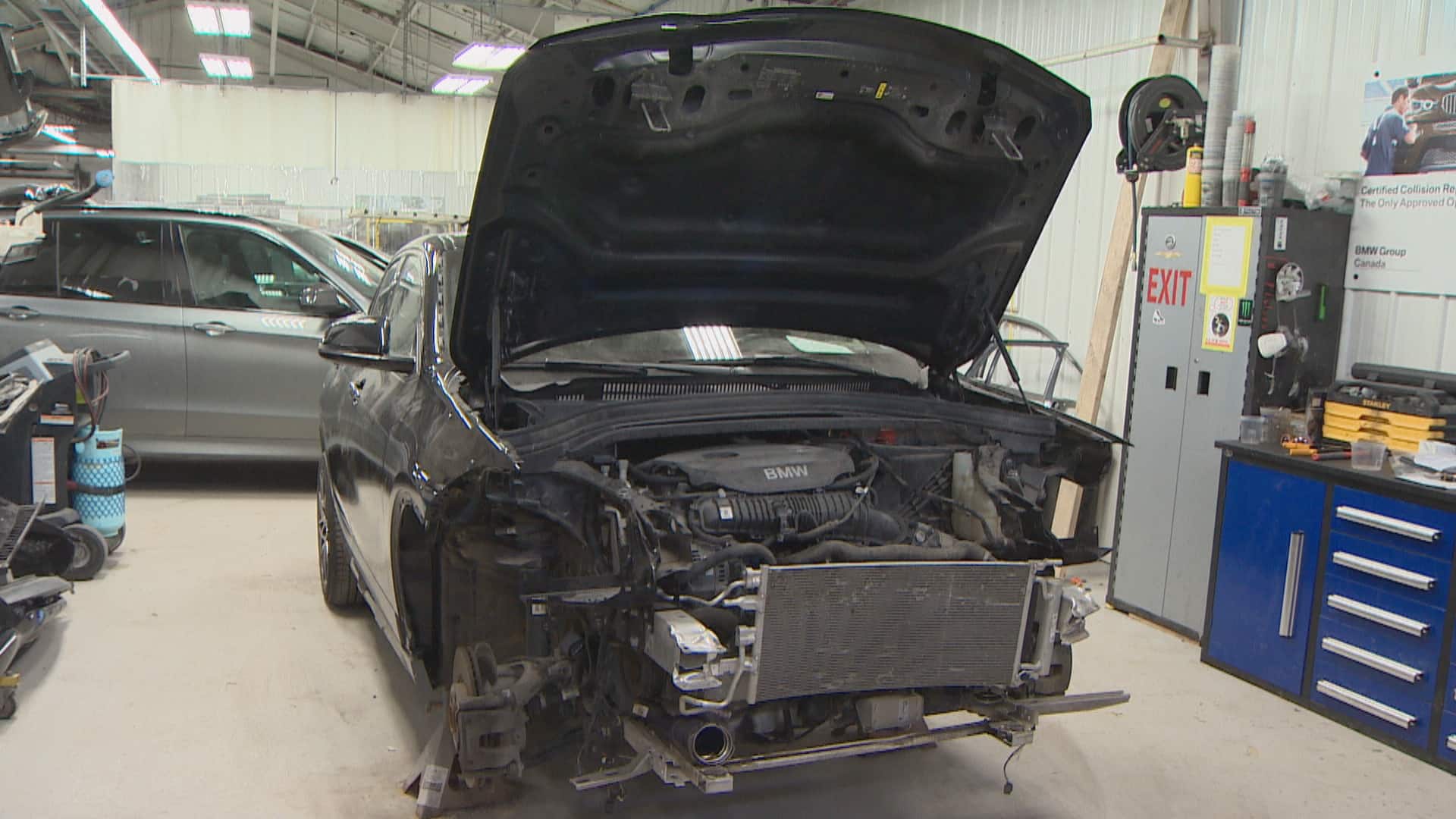 12 months agoVideo
2:18
While the number of car accidents in Nova Scotia remains steady, vehicle insurance premiums are rising significantly because the cost of repairing modern vehicles is skyrocketing. 2:18

While the number of car accidents in Nova Scotia remains steady, vehicle insurance premiums are rising significantly because the cost of repairing modern vehicles is skyrocketing.

"This is more than just a blip," said Amanda Dean, vice-president Atlantic of the Insurance Bureau of Canada. "It's becoming a trend when we look over the past number of years."

Dean said the number of accidents is "pretty static," but what's changing is the cost of repairing the new technology built into cars.

She used the example of a bumper, which used to cost about $250 to replace, but now with sensors and electronics being damaged even in fender benders, the replacement cost is in the thousands of dollars.

Dean said the average premium in Nova Scotia in 2018 was $891 per year, with 85 per cent of that going directly to pay for damage claims.

"Insurers are losing money at this point," she said.

What a Halifax insurance broker is seeing

Shawn Keyes, president of Halifax broker Keyes Insurance, said that's started to translate into higher premiums over the past year.

"I'm definitely seeing them [increases] anywhere in the range from nine to 16 per cent," he said.

Companies must apply to the Nova Scotia Utility and Review Board for rate increases, and there have already been a number of applications for increases in the past year.

Echelon, for example, was granted approval for a 35 per cent rate increase in May 2019.

In its application to the board, the insurer argued due to legalized cannabis, "it is reasonable to expect that consumption of cannabis will increase. This increased usage will lead to more charges of impaired driving and more accidents and therefore an increase in claims frequency."

That was only one factor in the company's request for a rate increase.

The board, however, approved the 35 per cent rate increase and suggested that, had Echelon asked for it, it may have been granted approval for an even higher rate.

Echelon asked for another five per cent rate increase in January 2020, which was granted as well.

Dean said insurance companies are well aware that the Nova Scotia regulator appears willing to raise rates, but for the most part, she said companies are careful not to raise their rates too quickly in order to remain competitive.

Sonnet Insurance started selling car insurance online directly to policyholders in Nova Scotia in 2016. The company  quickly built up a number of high-risk policyholders, which the board agreed were being undercharged.

Sonnet recently applied for — and was granted approval — to raise its car insurance rates in Nova Scotia by 50 per cent.

The new rates took effect Jan. 23 for all new clients, while existing clients up for renewal will see their rates go up in March.

No relief in sight, says broker

Keyes said he doesn't expect rate jumps of 35 or 50 per cent for most Nova Scotians, but he said rates will continue climbing.

"I don't see an environment any time soon where you're gonna have an announcement from a company where they're actually doing a rate decrease," he said. "In fact, I wouldn't be surprised to see this thing continue on for the next three to five years."

Preston Mulligan has been a reporter in the Maritimes for more than 20 years. Along with his reporting gig, he also hosts CBC Radio's Sunday phone-in show, Maritime Connection.