A community group from Halifax that wants to put a grocery store in a low-income area is closer to its goal. 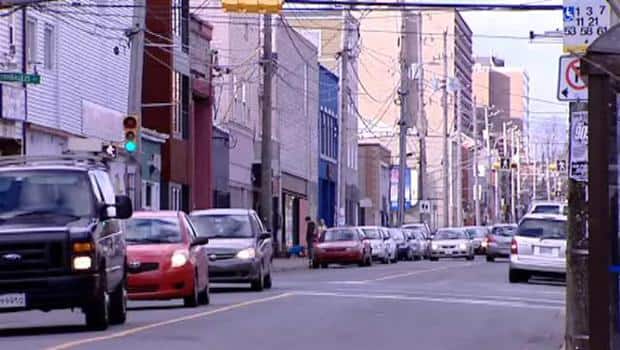 8 years agoVideo
1:52
A campaign to win money to start a grocery store in Halifax's north end is gaining steam. 1:52

A community group from Halifax that wants to put a grocery store in a low-income area is closer to its goal.

Thursday, the Community Carrot Co-op became one of the semi-finalists in an online contest to win part of a million-dollar prize that could drastically change the health of people in the area. It beat out over 1,000 other ideas by getting people to submit online votes each day.

"I think it's desperately needed," said resident Anne Duffy. "We used to have Foodland here on Gottingen Street."

Norman Greenberg has been campaigning to get the store started as soon as April.

"We are hopeful that we'll have some startup money to buy fridges, and freezers, and get staff in place and look at getting our first order in place," he said.

The grocery could also be crucial to the people served by the community kitchen at the North End Community Health Centre.

Jessie Jollymore, a registered dietician, said she sees high rates of people with diabetes and high blood pressure in the area. She said access to a grocery store would help change that.

"Health is impacted not just by medical treatments that we give, but by the living conditions we're in, it's by the environments."

The last round of public voting starts on Dec. 3. Greenberg said even if they don't win, they'll continue their efforts to get a grocery store - it just might take them a little bit longer.