A Nova Scotia woman has started a petition to convince the provincial government to pay for insulin pumps for children, which can cost thousands of dollars each. 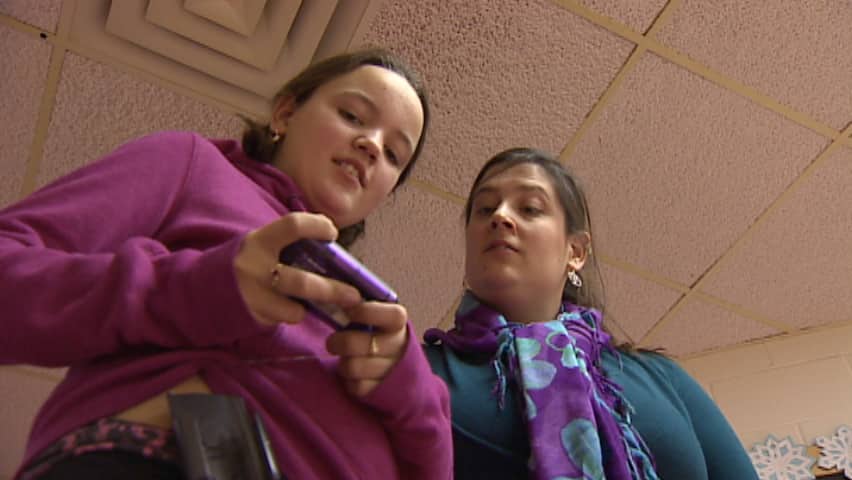 Fighting for insulin pumps for children

8 years agoVideo
2:14
A Nova Scotia woman has started a petition to get the government to pay for insulin pumps. 2:14

A Nova Scotia woman has started a petition to convince the provincial government to pay for insulin pumps for children, which can cost thousands of dollars each.

Tammy MacLaren said the issue became a personal one for her when her community started raising money to buy an insulin pump for Madison Moulton, a 10-year-old girl who was diagnosed with Type 1 diabetes when she was 14 months old.

"I just could not believe that there was, in our wonderful Nova Scotia, there was not some sort of funding."

Madison got her first insulin pump when she was two and a half years old, paid in part through fundraising. Medical insurance won't cover the equipment because Madison was diagnosed with diabetes at an early age.

The pump, which allowed the 10-year-old to live her life free of multiple daily needle injections, failed late last year and her family was faced with finding money to pay for a new one.

"I panicked a little bit as I think anyone would do," said Dayle Crouse, Madison's mother.

Crouse said it cost $7,700 for a new pump, plus hundreds more dollars each month for supplies. The New Glasgow community quickly raised thousands of dollars to cover the cost.

Madison said the new pump allows more flexibility in what she eats because a pump, unlike a needle, can change the amount of insulin at the touch of a button.

"It lets me do a lot more than if I just took needles," she told CBC News.

"I can be more active and do a lot more things."

Two weeks ago, MacLaren launched an online petition calling on the provincial government to pay for insulin pumps for children under the age of 18. As of Wednesday morning, the site had more than 1,900 signatures.

According to the Canadian Diabetes Association, Nova Scotia and Prince Edward Island are the only two provinces that do not provide any funding for insulin pumps.

The organization, which has been lobbying the province for years, estimates it will cost the government $650,000 annually to provide the service. They say it will result in fewer doctor and hospital visits, saving the system $1.5 million over the next 20 years.

Dave Wilson, the Minister of Health and Wellness, said he's aware of the costs surrounding pumps.

"We're going to look at this seriously," he told CBC News.

"It is a priority for me and we will hopefully make some decisions in the near future on that."