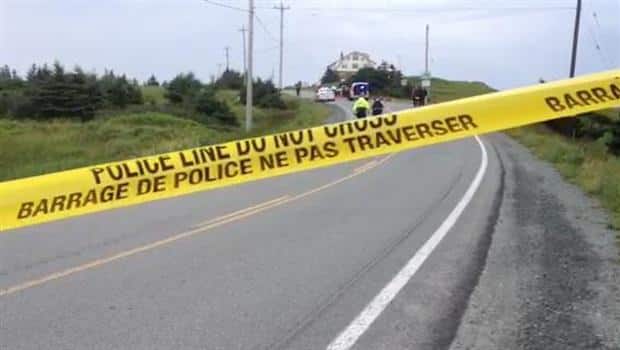 Donna Feltham said she has known the victim of the crash for 25 years. The man's name has not been released.

Feltham said her son and the man's children were schoolmates.

"[He] was a wonderful man, my dear, he was a wonderful person. He had a heart of gold, he’d do anything for anybody. He was a good friend, a good dad, and he was also a new papa to a little girl," Feltham said as she broke down into tears.

The 55-year-old man was travelling in an SUV when it collided head-on with another car on Highway 207 near Lawrencetown Beach.

RCMP said two women were ejected from the other car. They were sent to the hospital with serious injuries.

She said her husband had just left the house when he called to tell her about the crash.

"My husband went up the street and the roads were all blocked off so he called me back and said, 'The roads are blocked off.' He said, 'I'm going to go around.' As he passed by our door, the police car was in [the victim's] driveway," she said.

Feltham immediately called her neighbour's house. His son answered and confirmed Feltham's fears — that her friend had died.

Highway 207, near Lawrencetown Beach, was closed for several hours following the crash.

A traffic analyst, police and other emergency personnel were on scene.