The looming closure of Pictou County’s Boat Harbour as an effluent treatment facility has residents squaring off over whether Northern Pulp mill has a place in the region’s future.

For more than 50 years, white foam and dark water have filled part of a lifeless harbour on Nova Scotia's north shore. Now the hunt for solutions is creating a rift that's pitting industry against industry and neighbour against neighbour.

At the centre of it all is the Northern Pulp mill that has been permitted to dump effluent into Pictou County's Boat Harbour since opening in 1967.

The province has ordered an end to this, which puts the community in a bind — the wastewater still needs to be treated and released somewhere if the mill is to stay open.

"That pulp mill is important in this town," says former Pictou mayor Lawrence LeBlanc over lunch at a local hotspot. "But so is the fishery."

Boat Harbour has been a central thread woven so tightly into the community that pulling it out is chewing up the very fabric of Pictou County.

"I hate to see people lose their jobs at the mill," says resident Freddie LeBlanc. "There must be another solution there somewhere."

His granddaughter Nadine LeBlanc thinks an already tense atmosphere is only going to escalate.

"Right now it's all just in the planning stages, but once something gets decided … then I think you're going to really see people divided."

Once a pristine tidal estuary sheltered from the open ocean, today's Boat Harbour is nothing more than a treatment facility for toxic mill waste, a result of kraft pulp manufacturing. The water is churned up by aerators and treated for release into the Northumberland Strait.

While the end product meets provincial standards, Boat Harbour itself no longer does.

The size of 340 football fields, Boat Harbour is the largest polluted site in the province.

It's full of decades of contaminants — including cadmium, dioxins, furans and mercury — and continues to take in roughly 75 million litres of effluent a day, piped from the nearby mill. 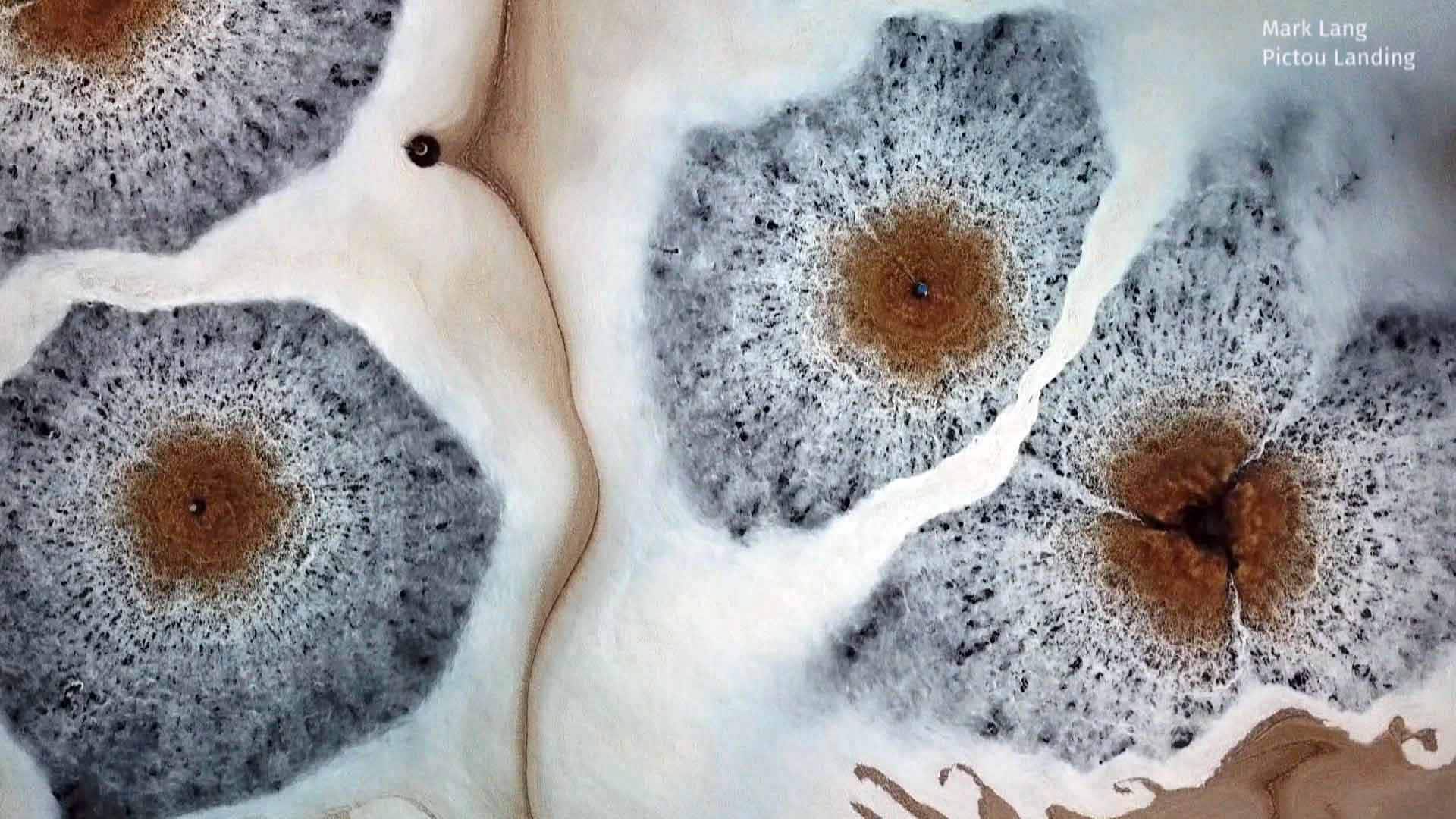 After decades of calls for change from the Mi'kmaq, and leaks from pipes running across Pictou Landing First Nation, Nova Scotia's leaders opted for action.

"My message to communities is let's modernize the way we're working within our traditional sectors," says Premier Stephen McNeil. "We have to bring it to the standards of today and not be stuck in the '60s."

The province announced back in 2015 that Paper Excellence — the mill's current owners — would have five years to come up with an alternative method for processing the effluent.

Watch: Nova Scotia Premier Stephen McNeil has given the mill a deadline to clean up its act 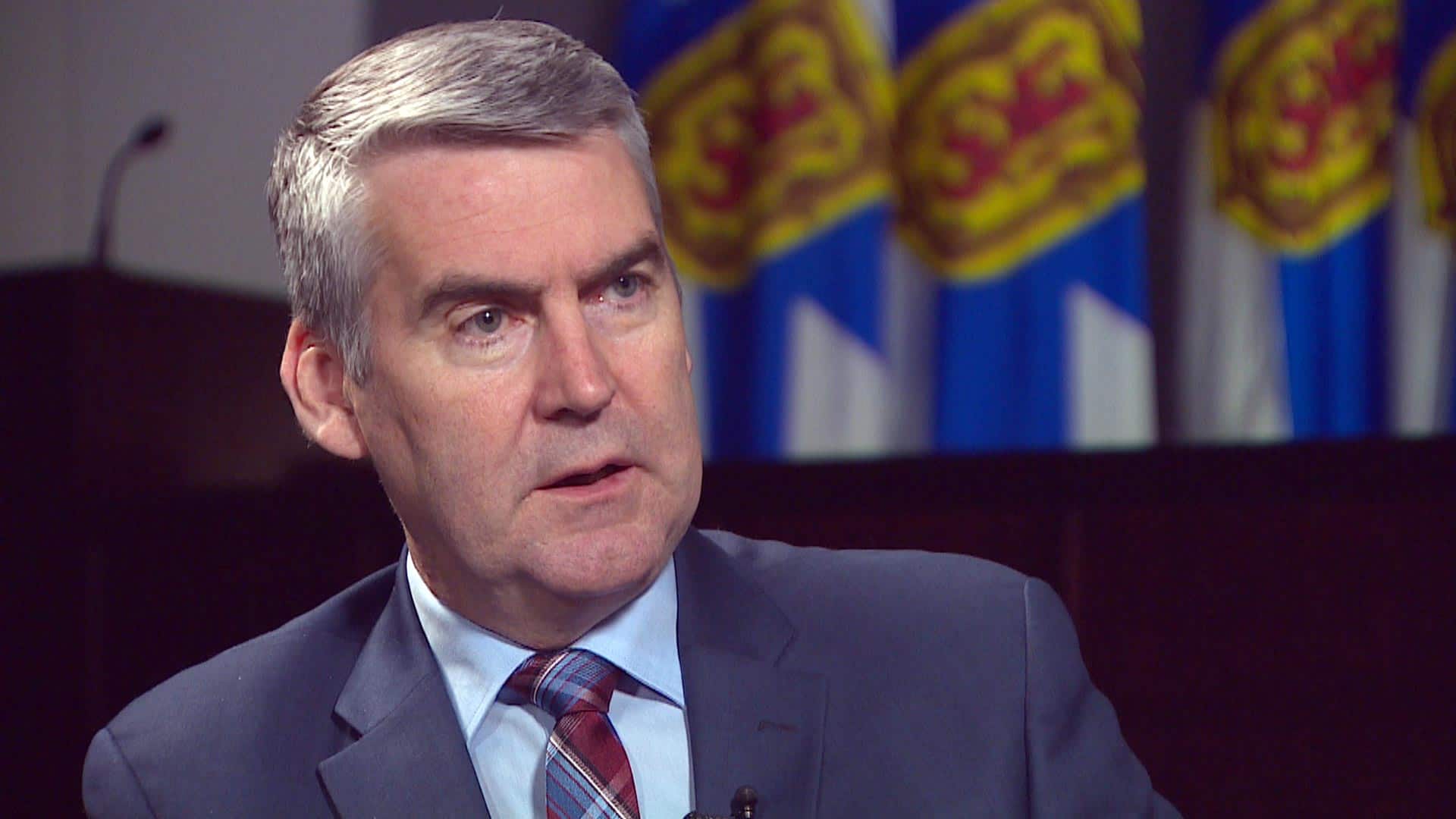 2 years ago
0:41
CBC reporter Tom Murphy asks Nova Scotia Premier Stephen McNeil why his government is so opposed to extending its end-date for Northern Pulp’s use of Boat Harbour for handling the 75 million litres of effluent it produces daily. 0:41

"We've made a very clear position," McNeil says of the government's deadline. "People need to come together and determine what it is that they want to see for their community."

But while it's difficult to find someone who supports the continued long-term use of Boat Harbour as a treatment centre, getting consensus on the way forward has opened a Pandora's Box.

Northern Pulp buys about 42,000 truckloads worth of wood chips, bark and round wood from sawmills and woodlots all over the province each year. It is also among the largest exporters using the Port of Halifax — sending pulp off to be made into white tissue and toilet paper.

It's becoming increasingly clear the mill won't have a new effluent treatment system in place by next January.

Those in favour of giving Paper Excellence more time argue it's not only the 300 or so mill jobs that would feel the impact if the mill shuts down, but also thousands more tied to the Maritimes' forestry industry.

Jack Fraser, a former mill worker, says the ripple effects would be significant.

"It's going to affect 10 major sawmills," he says. "It's the people who sell tires, sell gasoline, you know, sell building supplies to the mill ... like, it's widespread."

Paper Excellence says it can't eliminate toxic effluent from its manufacturing process at the mill, so the solution it proposes is to treat waste on-site and then pipe it directly out to the Northumberland Strait, some of the province's most lucrative fishing grounds.

This has the local fishing industry up in arms.

Watch: Fisherman are worried about a plan to pipe treated water into the ocean 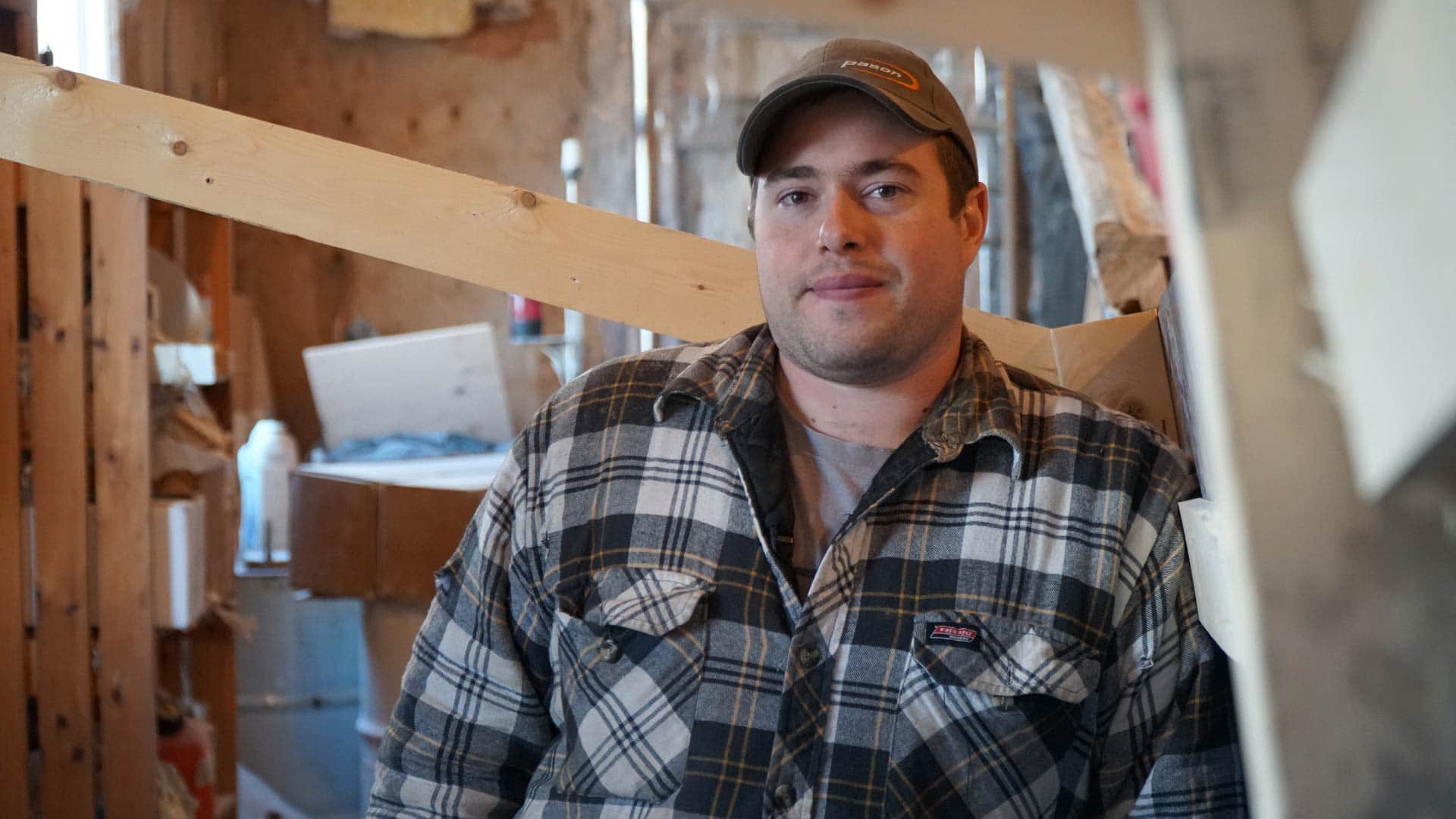 Worried about the fishery

2 years ago
0:28
Fifth-generation Pictou County, N.S., lobster fisherman Ben Anderson says he's nervous about his future if the Northern Pulp mill gets permission to pipe treated waste water into the Northumberland Strait, home to some of the province’s most lucrative fishing grounds. 0:28

Anderson's skepticism around the proposed pipe comes from a mistrust of past government science.

"They said the science was good for Boat Harbour," he says. "What kind of science is that? It's void of life."

He is calling for a more stringent federal assessment of the proposal at the very least, something the federal government has yet to agree to.

But the bigger message from Pictou's fishing industry is "No Pipe."

An act of 'environmental racism'

Neighbouring Pictou Landing First Nation are allies in the fight, leading to large protests both on land and water in recent months. The groups share a concern for marine life. And the First Nation wants reconciliation.

In the 1960s, the province was so desperate to bring the mill to the county that it offered up Boat Harbour, no strings attached, and took on all responsibility for the future cleanup. 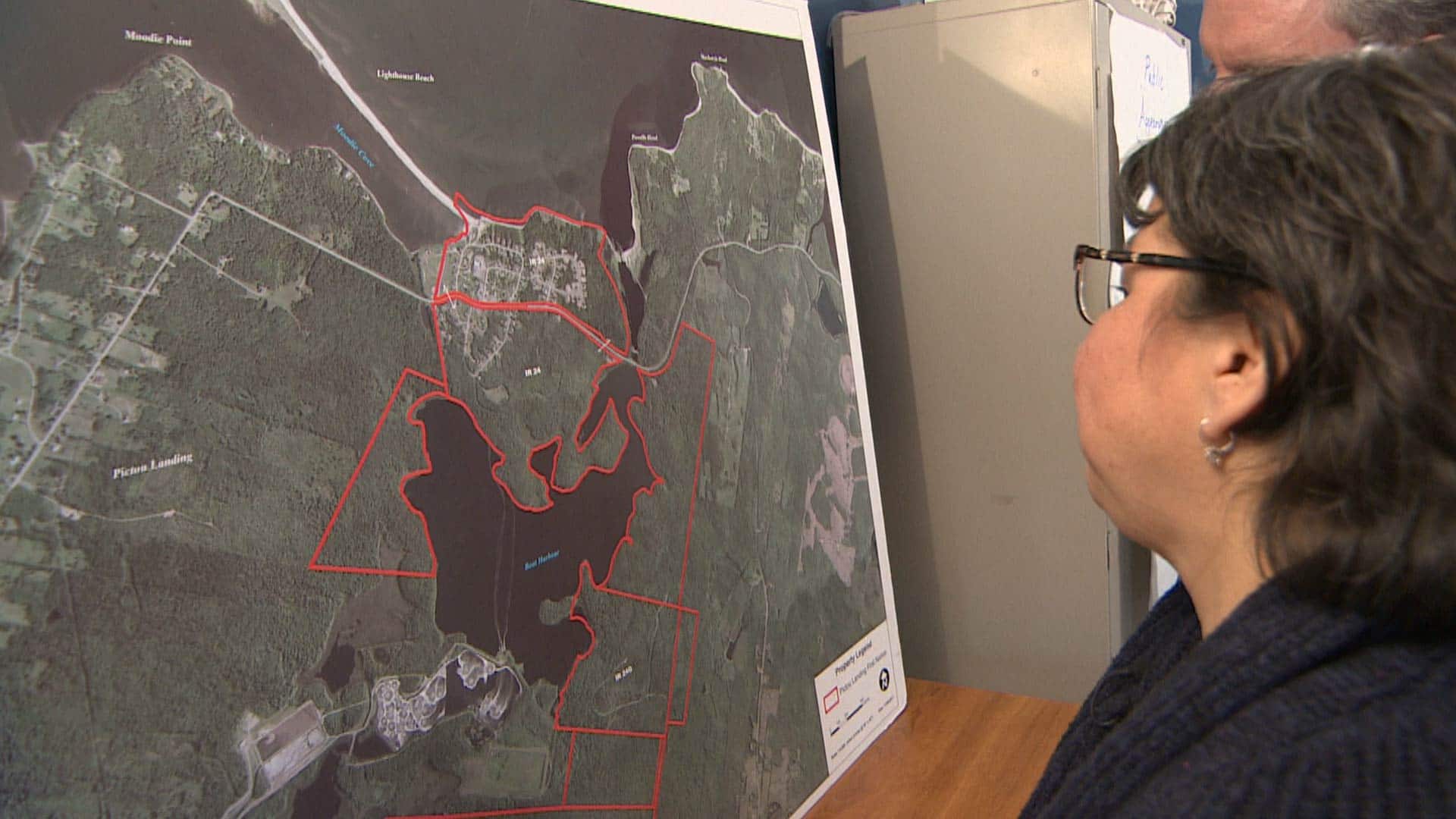 2 years ago
0:30
At Pictou Landing First Nation, chief Andrea Paul uses a map to show CBC reporter Tom Murphy the location of Boat Harbour in relation to her community. 0:30

It also told the Pictou Landing First Nation chief of the time that there would be minimal impact on what was then a pristine fishing ground for the First Nation.

"You hear the stories of people going down to gather their fish, and the fish are all up at the surface and they're gulping … and they can just go in and scoop them up. How painful that must've been," says Pictou Landing First Nation Chief Andrea Paul.

"I definitely think it was environmental racism, and they had no regard for the people that lived around the area." 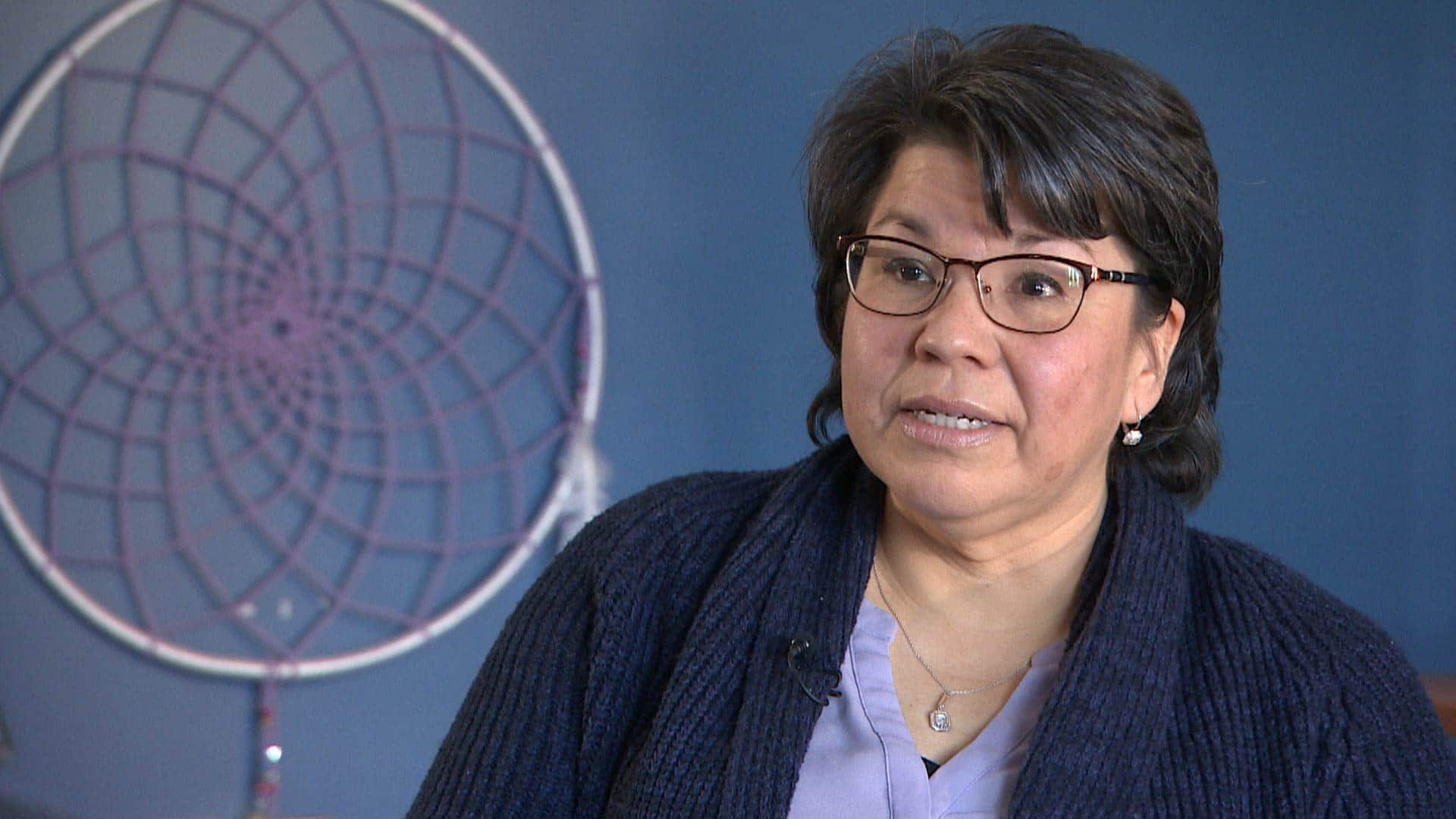 Her community is holding the premier to his promise to restore the harbour, something the government has said it will do after the mill stops dumping effluent into it.

"I think it needs to close and I've never said that out loud," she adds. "They've been able to do what they've always wanted to do and … I think people have had enough of it."

The premier is walking a fine line, not wanting reconciliation with the Mi'kmaq people and the environment to fuel a battle between local industries, or to lose jobs that are central to the regional economy.

"I believe these industries can co-exist. I believe our traditional sectors can co-exist," he says. "I can't stress this enough."

But he adds that an extension to the deadline would cause more discontent.

"When we provide a window of dealing with an issue, that's the window," he says. "Where we end up with problems is when we start shifting and moving. People start losing confidence in government, whether you're actually going to deal with this issue or not."

He's fighting an uphill battle, because the province's track record on Boat Harbour is a stack of broken promises.

As early as 1970, the dark water and foam drew attention, with two federal investigations concluding that Boat Harbour had turned into a septic retention pond.

Since then, the approach to treatment has evolved to reflect updated government regulations, like removing elemental chlorine from the process. But no change revived Boat Harbour. It's accepted that to do that, the treatment facility would have to close all together — a decision the province has been wavering on for many years.

In 1991, the provincial environment minister announced that Boat Harbour would be returned to its natural state in five years.

In 1995, the promise to close Boat Harbour as a water treatment facility was pushed to 2005, then to 2008 — a promise that was ultimately broken as a result of a change of government.

The premier recognizes the shortcoming of governments of all stripes in dealing with the issue.

With the clock ticking on Boat Harbour, Northern Pulp has registered a proposal with the provincial government for a new $130-million effluent treatment project. It includes an on-site treatment facility, and the contested pipe out to the Northumberland Strait.

The public comment period closes this weekend, and the next step is an assessment by the provincial Environment Minister.

If approved quickly, a new site could be under construction by late spring, and it would save the mill and all the jobs connected to it.

But even that best-case-scenario for Northern Pulp's owners still wouldn't meet the January 2020 deadline for ending the flow of effluent into Boat Harbour. An estimated timeline has the new treatment plant in operation in early 2021.

It's clear that extending the deadline won't do for the premier or Pictou Landing First Nation.

"We need to start coming together and figuring out a plan forward, because they have said that without the extension the mill closes, and we're not budging ... on this date," Paul says.

And a pipe approval in any capacity will anger those in the fishing industry, which fears for the Strait and the marine life they depend on for their livelihood.

"It's our county and it's our town, and we have a right to say what we want in our province as well," says lobster fisherman Anderson.

As Pictou County deals with its problematic past, residents are realizing that building their future could involve some uncomfortable compromise. 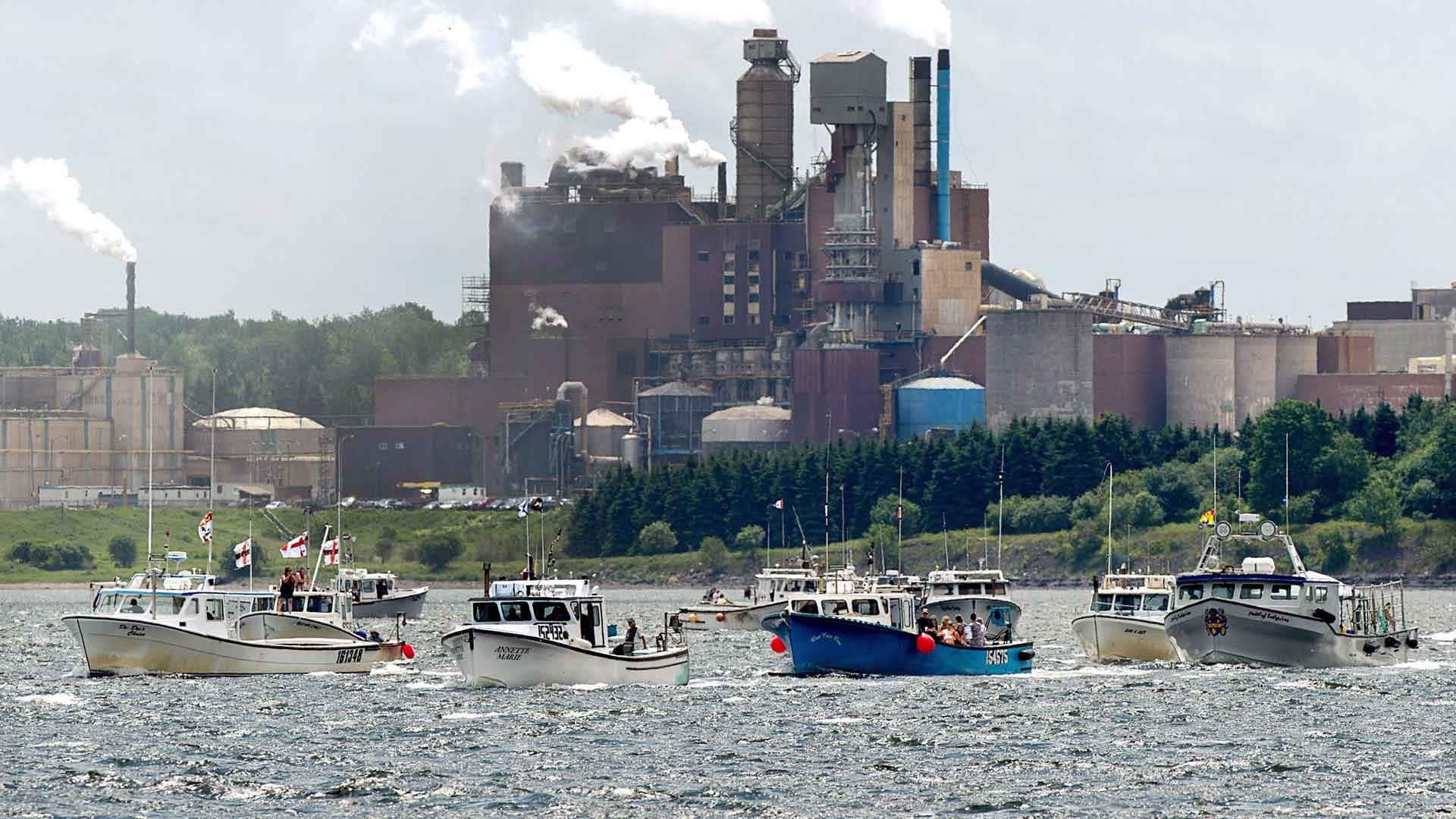 2 years ago
11:36
A decision on a controversial pulp mill in Pictou, N.S., is pitting environmental concerns against economic interests. 11:36

Jill English is a producer with The National based in Toronto.

With files from Tom Murphy