Nearly 100 people showed up to discuss growing concerns over the official name and ownership of the Africentric Learning Institute and what some are calling government interference in a community-driven effort.

'The government shouldn't name it for us' 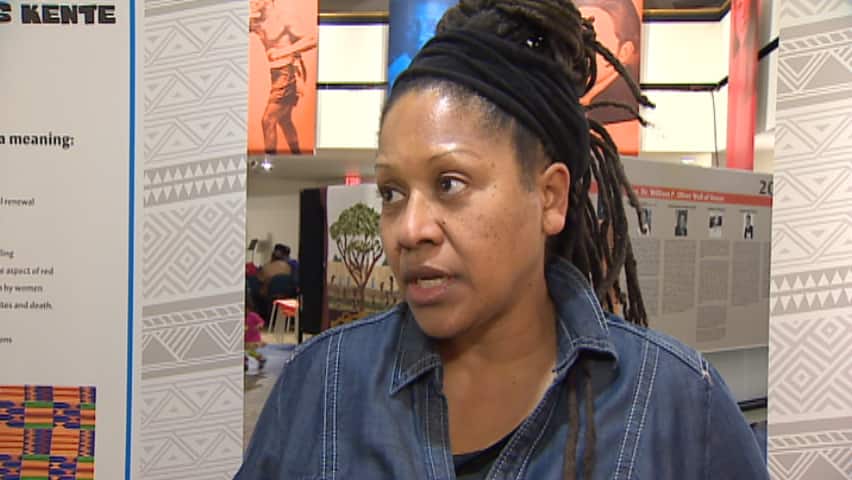 8 years agoVideo
2:26
There are concerns about the official name and ownership of the community institute. 2:26

Nearly 100 people showed up to discuss growing concerns over the official name and ownership of the Africentric Learning Institute and what some are calling government interference in a community-driven effort.

The independent Africentric Learning Institute has been in the works for more than a decade and is intended to provide support to black students, educators and the community and foster education about the wider African Nova Scotian community.

Delvina Bernard, the executive director of the Council on African Canadian Education, said it's been nearly a year since the dispute with Education Minister Ramona Jennex began and the community is still opposed to having a name imposed on the centre.

"It's a philosophy and ideology that's at stake here too, and people are saying we have a right to protect that and the government shouldn't name it for us."

The North Preston Ratepayers Association hosted Monday night's meeting at the Black Cultural Centre for Nova Scotia in Dartmouth, which included an opportunity for many members of the black community to have a say in what the role of the provincial government should be in the institute and how to respond.

Those in attendance passed several resolutions on Monday night, including demanding that the Delmore Buddy Daye Africentric Learning Institute stop using that name and a call for the government to suspend funding until a community tribunal can work out a solution.

"It's very sad because many of my colleagues and friends have been around the table for a lot of years. There's a lot of polarization, even at the level of my church," she said.

"I haven't had any peaceful nights in the last year."