A family is struggling to get intensive treatment for their young anorexic daughter after a Halifax hospital alledgedly revoked its recommendation that she get out-of-province care. 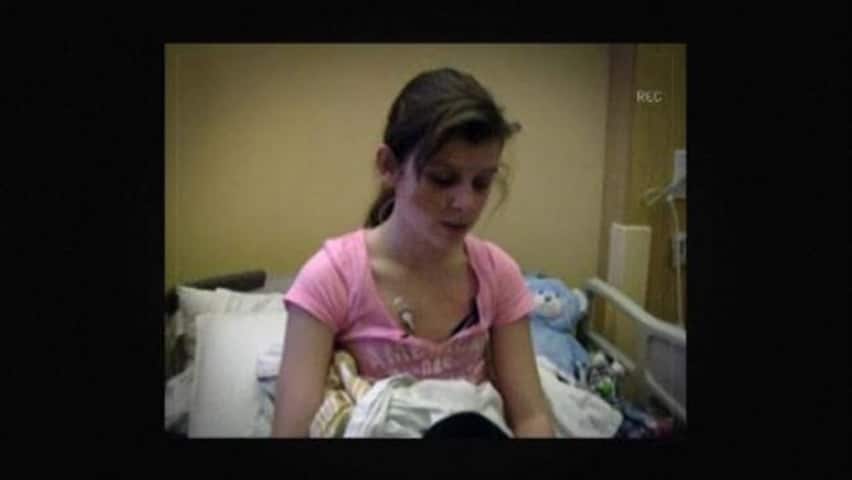 A Nova Scotia family is struggling to get intensive treatment for their anorexic daughter after a Halifax hospital allegedly revoked its recommendation that she get out-of-province care.

Shelby Fillmore, 13, is being discharged from the IWK Health Centre. Her family is preparing to fly her to an American eating disorder clinic Tuesday rather than rely on a local outpatient treatment program.

The confusion started in September, when an IWK psychiatrist recommended the province's medical services insurance program (MSI) pay for Shelby to get treatment in British Columbia.

"She is continuing to deteriorate. I believe she needs more intensive treatment than can be provided at the IWK," her psychiatrist said in a letter dated Sept. 26, 2011.

Too sick to fly

The Department of Health approved the funding in October, but Fillmore was too sick to fly. When she was better two months later, the B.C. bed was gone.

Kathleen Pajer, the chief of psychiatric care at the IWK, said the B.C. clinic is used to receiving very sick people. Pajer would not comment on the Fillmore case, but offered a general take.

"If someone is medically stable, or not medically stable, that's not really governing in terms of whether you use a referral to one of these high-intensity treatment facilities, because they're used to getting kids that are very ill," she said.

The Fillmore family said the IWK then revoked its recommendation.

"We agree with the [current] treatment plan, which includes attendance at our day treatment program," it said in a letter dated Jan. 16, 2012.

There are two in-patient and one out-patient treatment programs for young people with eating disorders in Nova Scotia. Just one per cent of children treated for eating disorders have been sent out of province for further treatment in the last decade, according to Pajer.

"It's my understanding that out-of-province care requires a number of criteria being met," said Pajer. "So if a family feels that the criteria have been met, but they haven't been met, then we need to evaluate how to get them the best possible treatment here in Nova Scotia."

Shelby Fillmore has been at the IWK for nine of the last 14 months. Five months of that was spent in the hospital's psychiatric ward. She has had a tube in her nose to force food into her body.

It is her fifth stay in hospital.

Her parents say they fear the decision to keep their daughter in the province may cost her life, so they are paying for U.S. treatment. The daughter  said anorexia dominates her life and she wants to go away for treatment.

"I don't remember what my life was like without my eating disorder. It's like it's the only thing I trust in this world," Fillmore said in a letter to the Department of Health dated Dec. 28.

"The past year in hospital I have been fighting for my life and sometimes I felt like it wasn't even worth fighting for."

Eating disorder 'beating me up'

"She keeps saying 'Mama, Mama, please get me help. Mum, the eating disorder's beating me up,'" said Fillmore's mother Heather.

Fillmore's friends started fundraising to send her to a treatment facility. They gathered enough to pay for two weeks of treatment in Arizona.

Pajer said in a hypothetical situation, a child's family has the right to a second opinion.

"If I was their care provider and I was recommending something, I would hope I wouldn't be at such odds with the family that the family would be thinking that the life would be compromised," she said.