N.S. couple still in love after 77 years of marriage

Bill and Bertie Nickerson of Liverpool, Nova Scotia are now in their 78th year of marriage. Bill clearly remembers the day he meet his bride-to-be.

Liverpool, N.S. couple Bill and Bertie Nickerson were wed in 1935 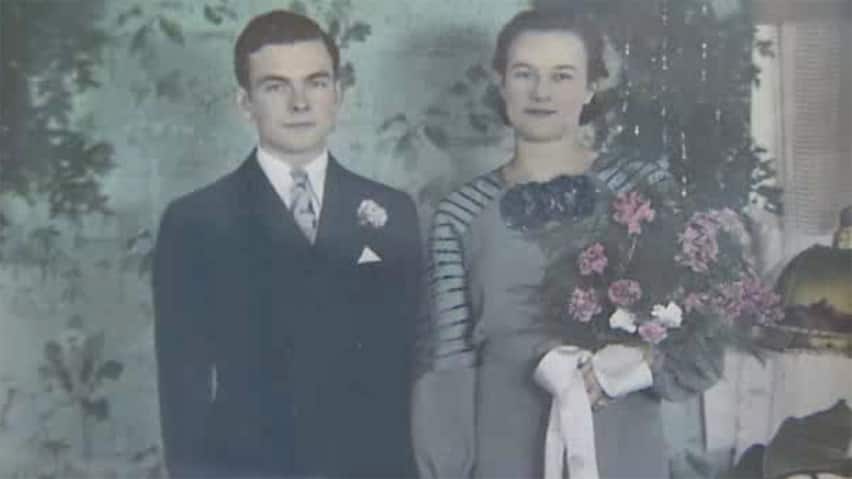 8 years agoVideo
2:13
Bill and Bertie Nickerson are entering their 78th year of marital bliss, a milestone worth celebrating. 2:13

It's a love story nearly 80 years in the making.

Bill and Bertie Nickerson of Liverpool, Nova Scotia are now in their 78th year of marriage. Bill clearly remembers the day he met his bride-to-be.

When the conversation began to lag during their first meeting almost eight decades ago, Bill said he began to sing to her.

For the next three years after they met, Bill made the five kilometre trek between his hometown of Liverpool and Bertie's hometown of Milton.

A week after Bertie's birthday they exchanged vows on Dec. 2, 1935.

Bill is now 98, Bertie is 95. Bill has had three heart attacks and Bertie has difficulty walking but they continue to live in the family home they built 62 years ago.

The Nickersons raised two sons but lost their oldest, Michael, to a heart attack two years ago. They have relatives nearby and a network of friends who keep an eye on them.

"Not too many people after 77 years are that much in love but he just truly loves her. I can't explain it, it's in his eyes," said the Nickerson's friend Bonnie Flemming. "I hope they have many more anniversaries, I truly do."

As for their secret to a long and happy marriage, Bertie said, "We don't have any, no secrets."

Bill said the secret is simple, "All you have to do is agree."

He said he'll live forever with Bertie by his side, "I wouldn't trade her for the world, I love her every minute."

Bertie is a bit more reserved.

"I don't have a word to say except I'm going to keep him."