Diagnosis of celiac disease and gluten intolerance are on the rise and so are options for those with the digestive disorder in Nova Scotia. 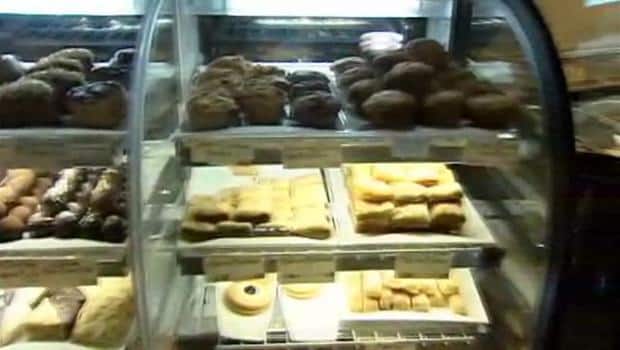 9 years agoVideo
2:13
The food options for those with celiac disease are on the rise in Halifax. 2:13

Diagnosis of celiac disease and gluten intolerance are on the rise and so are options for those with the digestive disorder in Nova Scotia.

People with celiac disease have an intolerance to gluten, the protein found in wheat products.

Dr. Bryan Rade, a naturopath in Halifax, said he's diagnosing around 75 per cent of his patients with a gluten intolerance.

After being diagnosed with celiac disease, Aiden Brunn started gluten-free bakery with his wife Jen to provide more options.

Their bakery, Schoolhouse Gluten-Free Gourmet, now sells products across Nova Scotia. It's just one of the many bakeries and restaurants around the city catering to those with food sensitivities.

Brunn said the trend makes it easier for him to eat in the city.

"A few weeks ago here in Lunenburg, Trattoria della Nonna, which is an Italian restaurant, launched a separate gluten-free menu. It's fantastic to have an option like that were you can go and feel normal."

Rade said he isn't bothered by the trend of the gluten-free movement.

"It is driven by marketing at this point in time, but I think it's a positive thing because people are benefiting from it," Rade said.