Canada's military watchdog is urging the federal government to do more for soldiers forced out of the Canadian Forces for medical reasons after an Afghan war veteran and three family members were found shot dead in Nova Scotia.

Veteran Lionel Desmond, his mother, his wife and their daughter died in an apparent murder-suicide 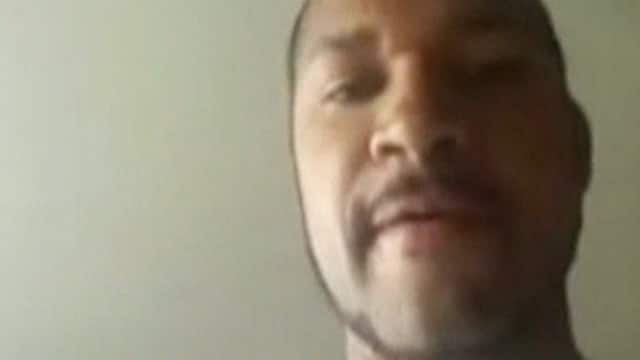 4 years agoVideo
2:51
A Canadian Forces veteran and three family members are dead after an apparent murder-suicide 2:51

Canada's military watchdog is urging the federal government to do more for soldiers forced out of the Canadian Forces for medical reasons after an Afghan war veteran and three family members were found shot dead in Nova Scotia.

Ombudsman Gary Walbourne wants Ottawa to ensure injured military personnel have all the necessary benefits and supports in place before they are forced to turn in their uniforms — recommendations he made back in the fall.

"There should be no member of the Canadian Armed Forces released until all benefits and services are in place," Walbourne said in an interview.

"That means pension, back benefits, health care. If we had had that type of a stance, I wonder what the outcome would have been.

"Would it have been different? We're speculating; we don't know. But there is opportunity in the system. Somebody's got to make some decisions."

Retired corporal Lionel Desmond, 33, was found dead Tuesday in a home in Upper Big Tracadie, N.S., from what appeared to be a self-inflicted gunshot wound, RCMP said.

RCMP would not confirm the deaths were a murder-suicide, saying the investigation is ongoing.

Desmond served in Afghanistan in 2007, and had received treatment from a joint personnel support unit for a year prior to his release from the military in July 2015. Such units provide support to ill and injured soldiers, including mental injuries.

A family member said Desmond was diagnosed with post-traumatic stress disorder after returning from Afghanistan, and had been seeking treatment without success after his release from the military. Veterans Affairs refused to comment on the case, citing privacy laws.

The tragedy has thrust the treatment of current and former soldiers suffering from mental injuries back into the spotlight, highlighting the ongoing challenges in helping the thousands suffering from hidden wounds.

PTSD has been the top diagnosis for the hundreds of troops released from the military for medical reasons each year since at least 2014. Some 18 military personnel took their own lives in 2015, many of whom had sought some type of mental-health treatment shortly before their deaths.

The Canadian Forces and Veterans Affairs have opened specialized clinics, hired more staff and cut red tape in recent years to provide better care and support as more and more military personnel have come forward seeking help for PTSD and other disorders.

A spokeswoman for Defence Minister Harjit Sajjan said the minister's thoughts and prayers were with the Desmond family, and that he agreed more needs to be done to help ill and injured military personnel transition to civilian life.

But Jordan Owens said the government would guard against knee-jerk reactions or piecemeal decisions, referring instead to a forthcoming new Liberal defence policy that's due in the spring.

"There is work ongoing between the Department of National Defence and Veterans Affairs to ensure soldiers and veterans receive the care and support they need," Owens said.

"This was a major focus of our consultations during the defence policy review."

'Consequences of doing nothing'

Veterans Affairs Canada released a statement on Wednesday highlighting the services available to veterans struggling with mental-health injuries and encouraging them to come forward for help.

"We are committed to getting this right for the men and women who have served this country," the statement read. "We encourage anyone struggling to reach out to Veterans Affairs and get the support they need."

But Walbourne said significant barriers and problems persist in terms of accessing services and benefits. It's unfair to serving members, veterans and their families to make them wait for the system to be fixed when there are clear measures that could be implemented now, he added.

"We've made recommendations that are easy to implement and will make a major impact on the lives of these transitioning members," he said.

"But to do nothing, well, we see the consequences of doing nothing."

Approximately 1,800 service members are released each year from the Canadian Armed Forces for medical reasons.

Walbourne said 60 per cent of the complaints his office receives from current and retired military personnel each year relate to the process for leaving the Forces.