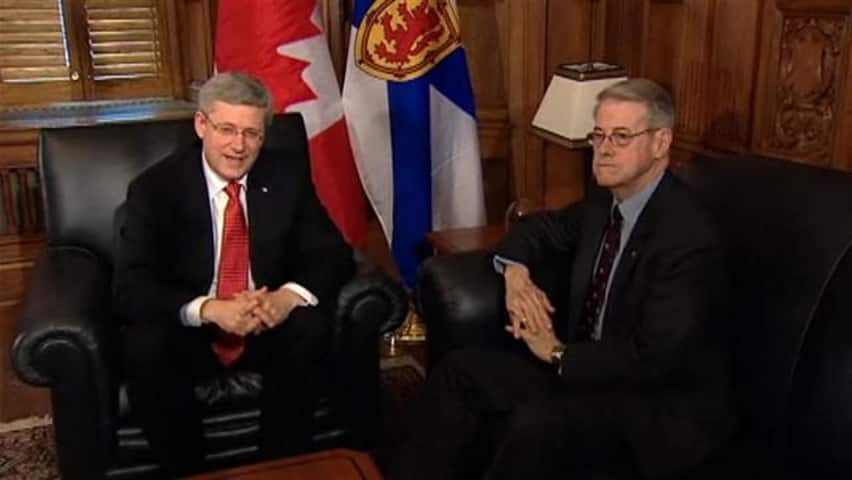 As lieutenant governor, Grant will be moving into Government House on Barrington Street and collecting a $130,000 salary for the next five years.

"With five decades of dedicated service in the Canadian Armed Forces, General Grant has established himself as an exemplary citizen in Nova Scotia — one who is devoted to his community, his province, and his country," Harper said in a release.

"He brings to this important role a lifetime of skills and experiences that will serve the country well."

Grant, who was born in New Glasgow in 1936, graduated from Mount Allison University in 1956 with a bachelor of commerce degree. He later became a registered industrial accountant.

He joined the Pictou Highlanders in 1951 and held several senior positions including deputy commander and appointed area commander in 1980 of the Atlantic Militia Area.

Grant, who has been awarded the Canadian Decoration with three clasps, has been a governor of the Nova Scotia Division of the Canadian Corps of Commissionaires since 1986, and a member of numerous community groups in the province.

He retired from the military in 1989.

"His service to Canada will continue in his new role and we are fortunate to have such a dedicated Nova Scotian as the province's next lieutenant governor."

Grant will replace Lt.-Gov. Mayann Francis, who has held the position since 2006. Francis, who hails from Whitney Pier, was the first African Nova Scotian to become the Queen's representative in the province.

Francis hit the five-year mark in office in September, but agreed to extend her stay in office to give the federal government more time to find a successor.

Grant will be the 31st Nova Scotia lieutenant governor since 1867.