Nearly a decade after he graduated, Robert Labradore returned to his former high school to share how he's reconnecting with his Mi'kmaw culture by discovering artifacts left behind by his ancestors.

Nearly a decade after he graduated, Robert Labradore returned to his former high school to share how he's reconnecting with his Mi'kmaw culture by discovering artifacts left behind by his ancestors.

It's the kind of presentation he never saw when he was a student at Horton High School in Greenwich, N.S. Now, the member of the Glooscap First Nation hopes to inspire more Mi'kmaw students to consider a career in archeology.

"You're using modern tools to rediscover older tools that your ancestors created, so it's like a spiritual merge of the past meets the present," he said during an interview last week at the school.

Labradore is part of a team led by Boreas Heritage Consulting that began working at an important Mi'kmaw cultural site called Pasi'tuek in Nova Scotia's Annapolis Valley this summer. The team has dug up small scrapers used to clean animal hides, projectile points that are still sharp thousands of years later, and pieces of clay pottery with intricate designs.

CBC News is not publishing the English name of the lake where the dig is happening because the team carrying out the work on behalf of the treaty rights organization Kwilmu'kw Maw-klusuaqn said it can lead to treasure hunting and looting.

Labradore is now travelling around the province with some of his colleagues to talk about the significance of Pasi'tuek — which roughly translates to "the islands of whiskers" — and share how his new-found career has had a profound and personal impact on him.

"The fact that we were able to do this presentation and just explaining what archeology is, why [it's] important to Mi'kmaw culture and even the history of that Mi'kmaw land, this is what we need to do more of," he said.

Kamden Nicholas, a second-year archeology student at Memorial University of Newfoundland, said she hopes sharing her journey to archeology shows others that it doesn't need to be a straightforward path.

She initially went to school to become a doctor before she realized it wasn't the career for her.

LISTEN | How an archaeology team is inspiring Mi'kmaw youth: 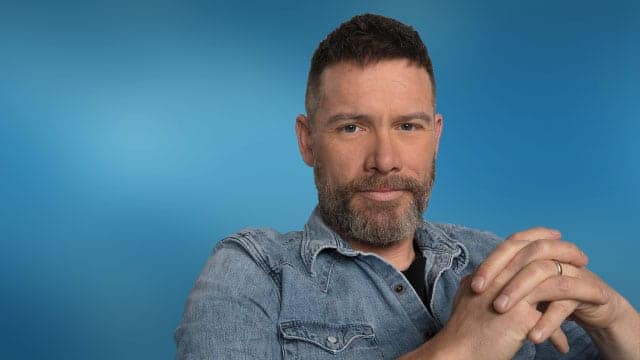 Mainstreet NS8:20Meet the team inspiring Mi'kmaw youth to get involved in archeology
Robert Labradore from Glooscap First Nation and Kamden Nicholas from Pictou Landing First Nation are sharing their experiences working at Pasi'tuek in Nova Scotia's Annapolis Valley this summer. Mainstreet caught up with them during their recent presentation at Horton High School. 8:20

"I'm really passionate about my job," said Nicholas, who is an archeological field tech with Boreas.

"I think it's the only thing that I like to talk about, so when I get to go and talk to people about it, it just fills me with a really nice sense of belonging and passion. I just hope that somebody in the audience can relate to it."

She's now working with her community of Pictou Landing First Nation to develop a culture and heritage preservation plan.

"The end goal is to have something similar to the [Mi'kmawey Debert Cultural Centre] site where artifacts and ethnographic material can go and be accessed by the community members," she said.

A better understanding of where they live

Ken MacEachern, Indigenous student adviser for the Horton family of schools, said he hopes the presentation about Mi'kmaw archeology gives students at the school a better understanding of where they live.

"I don't think that most students, even if they are from Mi'kmaw descent ... understand how important this region was to the Mi'kmaw people," he said. "At least eight or nine of the Mi'kmaw legends are based in this area."

For student Jaiden Cleveland, the presentation was eye-opening. She said she had no idea there was a site like Pasi'tuek so close to her school.

She recently started an Indigenous advisory group at Horton High to create more opportunities for Indigenous students, and bring more awareness about Mi'kmaw teachings and perspectives.

Nurturing the interest now could inspire a career later

Labradore didn't know it at the time, but his love of archeology began when he was about 14 and saw the petroglyphs at Nova Scotia's Kejimkujik National Park for the first time.

It wasn't until years later that he realized the seed had already been planted, and he only needed to nurture that interest until it blossomed into a career.

He hopes sharing his experiences at Pasi'tuek will do the same for Mi'kmaw students.

"Even though they may not be interested now or maybe not in the next two years, this presentation, I think, will be a lingering memory that will quickly evolve into something greater," he said.