She's a long-time journalist with APTN News who has covered the implications of the 1999 Marshall decision for years. The historic ruling recognized First Nations' rights to earn a moderate living from fishing but the government has never defined what that means.

Last year, Roache released a documentary on the 20th anniversary of the Marshall decision asking what had changed.

Now, she's covering the same tensions in Saulnierville where the Sipekne'katik First Nation launched their moderate livelihood fishery on Thursday. It's being opposed by non-Indigenous fishermen who've cut traps and paraded their boats around the harbour in protest.

Roache spoke with CBC Mainstreet host Jeff Douglas about what journalists can do to better report on Indigenous issues and why an understanding of the treaties is so important.

In general, are we driving you nuts?

It's a story I've spent a lot of time on, and then sometimes when I read the headlines and when I see the mainstream coverage, it's frustrating because there's an imbalance sometimes or a language that happens in the coverage that to me creates a narrative that the Mi'kmaq are doing something wrong, which isn't the case.

Can you give us an indication of some of that coverage or the imbalance?

The Mi'kmaq, they have a right. The Supreme Court of Canada decided in the Marshall decision that they agree, yes, the Mi'kmaq have a treaty right to make a living from fishing and hunting and gathering. They came out with the term "moderate livelihood," didn't define it, so it's a little confusing. But they upheld that treaty right.

And so the problem is, is that when we call it an illegal fishery, that's only because the Department of Fisheries and Oceans has not implemented their own law, like they haven't addressed the Marshall decision to date. So there are no rules to govern a moderate livelihood fishery. And so in the eyes of DFO, it might be an illegal fishery, but in fact, the Mi'kmaq have a legal right, a constitutional right to go fish and make a living. 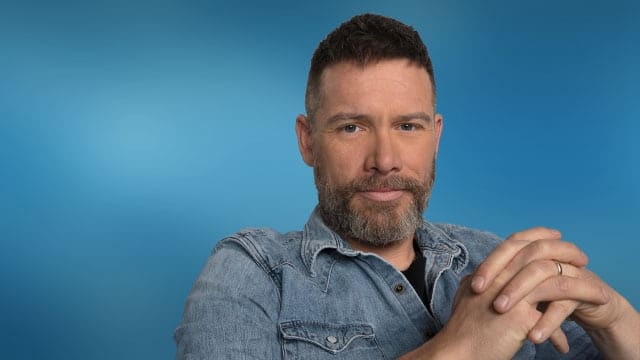 Chief Terry Paul also said that they have been waiting for essentially 21 years for DFO and for some sort of governance.

The Mi'kmaq are doing that work themselves. And that's what you're seeing today down in Saulnierville, near Digby. The Sipekne'katik First Nation in particular is down there issuing these moderate livelihood licences. They've got a management plan, they're celebrating the anniversary of the Marshall decision, you know, kicking off this moderate livelihood with ceremony, the Grand Council's there. This is not an illegal fishery. They have every legal right to do what they're doing.

The Mi'kmaq are not protesting. So, again, we have to be very careful of the words we use when we're describing what's happening. But the protest part is that the non-Mi'kmaw fishermen down there are out on the water in their boats and trying to sort of stymie the Mi'kmaq, and not allow them to drop their traps or maybe cut their traps and not allow them to sort of carry out this moderate livelihood fishery. So that's the protest part.

In addition to language use, like substituting the word protest instead of celebration or ceremony, illegal fishery, is there just a lack of understanding surrounding treaty issues?

We have a really important job in providing that balanced view. You sort of have the tenets of journalism, right? We all want to do fair, balanced, accurate, objective reporting. And as an Indigenous journalist, well, that's what I do, too. And so sometimes what can happen, though, I think, is that we sort of assume that somehow mainstream journalism, predominantly white journalism, that is just sort of unbiased ... Because I've been asked, well, how do you keep your journalism from turning into advocacy? And I'm like, that's a terrible question, because you're making an assumption somehow that because I'm Mi'kmaq reporting on Mi'kmaw issues that I can't be fair and accurate and balanced.

And instead, when CBC or other media are calling this fishery an illegal fishery or keep referring to it within the report as this illegal fishery, to me that's bias, right? That betrays an inherent bias in the reporting and not including enough Mi'kmaw voices. If you're going to do a story about the Mi'kmaq, you have to make sure you're talking to the Mi'kmaq. And you have to make sure that if you're going to do a story about this, I hope you've read the treaties … So even if you're not going to do Indigenous stories, as a journalist in Canada or wherever, you should know the history of the land that you're standing on.

To be dismissive or refer to it as an illegal fishery is really covering over all this backstory and history and this treaty relationship that's very important and really matters today. The treaties might have been signed before but they still count today, and if we're going to report on these stories then we really need to understand what it means.

Going back to your point about where people get their information from, particularly on Indigenous issues, it's from us and so we are then mis-educating, inadvertently?

It's true because we do play an important role in just public information … I was thinking of this earlier because the battle cry of the non-Mi'kmaw fishermen or fish harvesters back in 2000 after the Marshall decision came down was they're going to ruin the lobster stocks. I mean, I remember hearing that again and again on the wharves from fishermen up near Burnt Church: the Mi'kmaq are going to ruin the lobster stocks.

And you still hear that today … and so as a journalist, sometimes, like, you have to question and educate yourself and question DFO so that the listener has a full picture and education because it's misinformation. They haven't ruined the lobster stocks in 21 years. What the Mi'kmaq do is a drop in the bucket compared to the commercial fishery … There's only conflict when there's money at stake, right? This is a multi-billion dollar industry, and so there's a lot at stake. When inherent rights butt up against Canadian interests, that's when it's a problem.

Everyone can be nice and talk about reconciliation and all that nice stuff, but it's when we butt up against the larger interests that you start to see the media sort of breakdown in how it's reporting on these issues.