The Halifax-area woman who had an unnecessary mastectomy after her test results were swapped with those of another patient says losing a breast needlessly has made her distrustful of the health-care system. 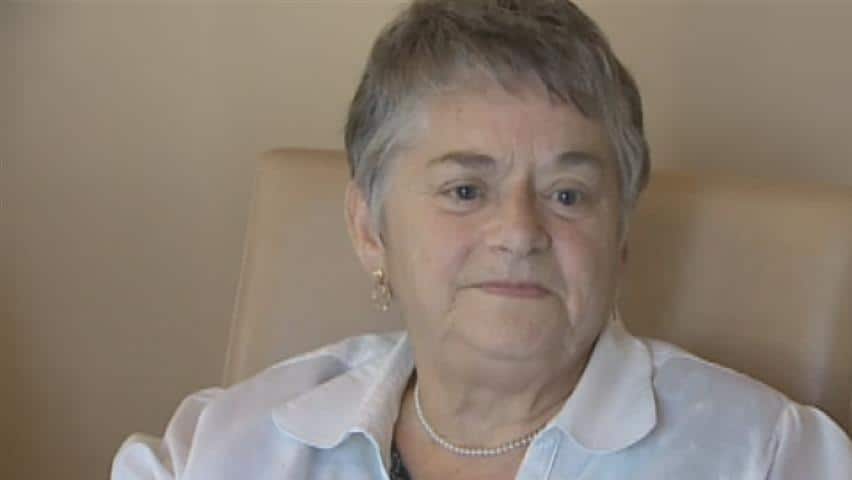 The Halifax-area woman who had an unnecessary mastectomy after her test results were swapped with those of another patient says losing a breast needlessly has made her distrustful of the health-care system.

After a test mix-up, Sharon Fisher had a breast removed and the other patient, who needed surgery, was not scheduled for the procedure until after the mistake was caught months later.

"I think I just spent the time in disbelief," Fisher said. "Every time I changed, every time I got a bath and got ready for bed, it was just like ‘I can't believe I'm doing this. This can't be real.’  It's sad that I've gone through all this for nothing. I mean it's hard enough when you have cancer to lose your breast, but to lose it for no reason."

The 67-year-old said she had been going to the doctor for routine screenings. Then in February, Fisher said her doctor explained that biopsy results showed she had breast cancer.

"[I was] stunned, shocked and stunned and afraid of what it meant," she said.

"I was given the option of a lumpectomy or a mastectomy. What she said with a lumpectomy was there was a chance it would come back and I would probably need radiation or chemo or something. I've just had  a lot of hospital experience and I didn't want to have any more so I just opted for the mastectomy."

Fisher said she developed an infection after the surgery.

A few months later she was told by the surgeon who removed her breast that there was no cancer and the surgery wasn't needed.

"She felt bad. She said, ‘The good news is you don't have cancer. The bad news is you lost your breast.’ So I was just stunned again," Fisher said. "I’m angry. Afraid of ever having anything done again. I'm like this for the rest of my life and I have to deal with all that goes with it.

Fisher said her family, including her son, have been helping her get through the ordeal.

"I can't even tell you his first reaction. When you tell any of my family and friends it's the same reaction. They just can't believe it."

She tries not to think about the incident. But her scar, and her prosthetic breast are a painful, daily reminder.

"It's not a pretty scar, but physically I'm OK," she said.

The Halifax-based health authority has already promised to implement a barcode system for testing breast tissue.

In a second separate case, Capital Health admitted tissue samples were switched before a pathology analysis. One patient had an unnecessary diagnostic biopsy and the other patient never got the needed followup.

"I worked in the health-care field, I worked in the hospitals so I know about mistakes. When she told me that the files had been switched I just couldn't understand how that could happen," Fisher said.

"I want something done so that it doesn't happen to anybody else, for one  thing. It should have never happened in the first place. It just shouldn't have happened. And then in reading through the media and hearing there was a bar code system that was proposed but wasn't accepted, that's really what made me decide to speak out because if it could have been prevented it should have been, so hopefully this will make a difference."