Fishery growth has had positive impact on First Nations in the Maritimes: report

An academic who studied Canada's response to the Marshall decision says it has been a First Nations success story, fuelled by an increase in band-held commercial fishing licenses that have generated dramatically higher revenues.

An increase in band-held commercial fishing licences since the Marshall ruling on Indigenous treaty rights has generated dramatically higher revenues for First Nations in the Maritimes, says an academic who studied Ottawa's response to the landmark Supreme Court of Canada decision in 1999.

This is despite "understandable" frustration the Mi'kmaq and Wolastoqiyik (Maliseet) feel over the Marshall decision's promise of a right to earn a moderate livelihood while fishing, said Ken Coates, a senior fellow with the Macdonald-Laurier Institute.

"The federal government spent a lot of money and over a long period of time. But [the First Nations] actually got a fairly good return. It doesn't mean that all the issues are resolved, as we know, in Nova Scotia, but at least they've been trying," said Coates.

In a study published last fall by the Macdonald-Laurier Institute, Coates examined the impact of the Marshall decision on its 20th anniversary.

Some of the study's key findings include:

The Marshall decision has deep roots in Nova Scotia. At the centre of the ruling was Donald Marshall Jr., a Mi'kmaw man from Membertou First Nation in Cape Breton.

On Sept. 17, 1999, the Supreme Court ruled that Marshall, charged with fishing eels outside of the Department of Fisheries and Oceans [DFO] regulated season, was justified in doing so — under the 1760s Peace and Friendship Treaties.

Nova Scotia First Nations have taken advantage of the entry provided by Ottawa since 1999, accumulating more licences as their fisheries grew.

According to Coates, Pictou Landing First Nation had one community-owned lobster boat in 1999. Today, it owns 20 boats and holds 13 lobster and eight snow crab licences.

Coates said the impact of the growing fishery has been substantial in First Nations communities, reflected in improved income, business development and unemployment rates.

"What is really hard to quantify, but it is there in those numbers somewhere, is actually the impact on pride, self-worth, the sense of control of their own destiny," Coates said.

"One of the things the Marshall decision did was it recognized something that non-Indigenous people had failed to recognize for 200 years. And that was that their 18th-century treaties were valid, were alive and guaranteed you a place in the economy."

The unfinished business of 'moderate living'

The Supreme Court's decision guaranteed the Mi'kmaq the constitutional right to a "moderate living," without defining it, and that has been an ongoing source of frustration for First Nations and uncertainty for the industry.

Coates does not share the view of some Mi'kmaw leaders who blame the federal government entirely for failing to define a "moderate livelihood" in regulation.

"It is such a strange requirement that it really begs the question why the Supreme Court put it there in the first place. But it is a constraint on the aspirations and ambitions of First Nations in Nova Scotia. And I don't blame them for being frustrated."

Tensions erupt after years of calm

In 2019, the Sipekne'katik First Nation in Nova Scotia sold lobster on a Digby wharf to make a statement about their treaty rights.

In September, Sipekne'katik launched a self-regulated, "moderate livelihood " lobster fishery. It's taking place while the commercial season in the area is closed.

The band, which holds 30 commercial fishing licences, said it's exercising the treaty right recognized by the Marshall decision. So far, 10 licences have been issued to band members, who receive 50 lobster trap tags.

The numbers involved in the livelihood fishery so far are minuscule compared to the commercial fishery — a single commercial lobster boat carries 350 traps. 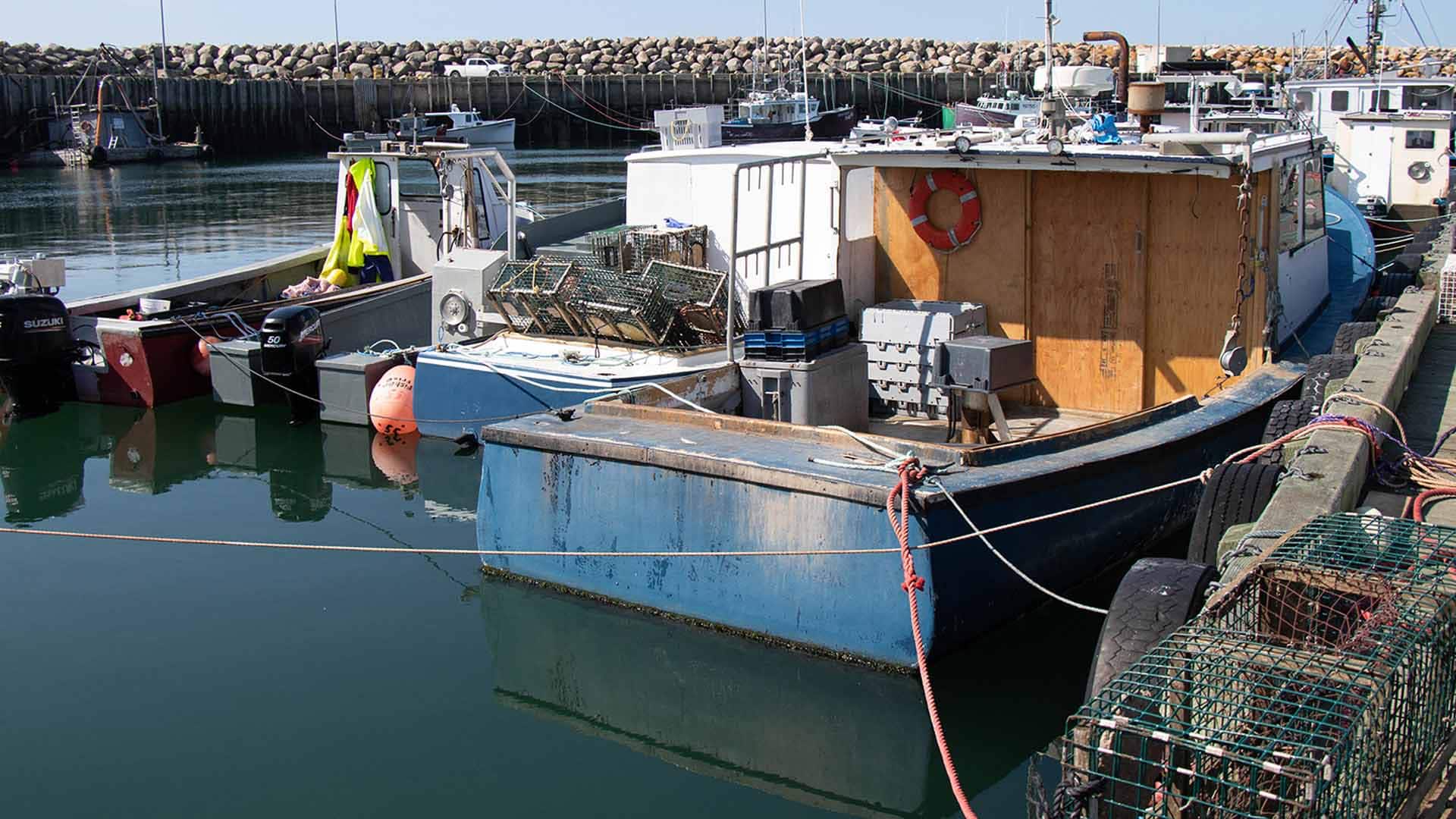 2 months agoVideo
2:02
There are growing calls for Ottawa to intervene in an escalating dispute between Mi’kmaq lobster fishers and commercial fishers in Nova Scotia, which could cause a ripple effect across the country as Indigenous groups assert their right to the resources. 2:02

Non-Indigenous fishermen have protested members of the Sipekne'katik band fishing when the season is closed. They say that catching lobster outside the mandated season, particularly during the summer spawning period, will negatively impact stocks.

Shortly after the self-regulated fishery was launched, commercial fishermen hauled up lobster traps set by Mi'kmaw fishermen. They dumped the traps in the parking lot of a nearby Department of Fisheries and Oceans office in Meteghan, N.S.

Sipekne'katik officials argue the amount of lobster that will be harvested and sold is tiny compared to what's caught during the commercial season that begins in late November and runs until the end of May. Some fisheries experts agree that the small scale of the Mi'kmaw fishery is not a threat to conservation efforts.

Mike Sack, chief of Sipekne'katik First Nation, said earlier this week that talks are progressing with the federal government about the moderate livelihood fishery.

Two other Nova Scotia bands are poised to launch their own self-regulated fisheries outside DFO regulations and seasons.

"It has created this enormous uncertainty for the non-Indigenous fishers. You don't know where it's going to go," he said.

In the Maritimes, bands hold 2,377 licences out of the total amount of approximately 11,500.

In New Brunswick the total is 921, with Elsipogtog holding 333 and Esgenoôpetitj with 163.