A Nova Scotia man now living near Edmonton says all he wants is authorities to admit a mistake was made when he was wrongly convicted of raping a 14-year-old girl more than four decades ago. 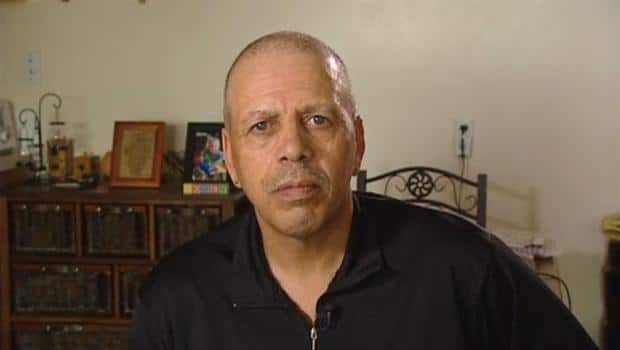 Life after a wrongful conviction

A Nova Scotia man now living near Edmonton says all he wants is authorities to admit a mistake was made when he was wrongly convicted of raping a 14-year-old girl more than four decades ago.

Gerry Gaston Barton was 19 years old and living in Digby County, N.S., in 1970 when a teenage neighbour accused him of raping her and fathering her child.

"You're used to just being out, going fishing and hitting the brook or something like that," Barton told CBC News on Thursday.

"You're not used to getting up … in the morning and being charged for statutory rape, when you know damn well you weren't even there."

Barton, who is now 63 years old and living in Morinville, Alta., said the truth started to come out in 2008 when the RCMP reopened the case.

According to court documents, that criminal investigation revealed Barton's accuser had repeatedly been sexually assaulted by her brother starting when she was just nine years old.

The woman told police that her brother was the father of her child — and she had accused Barton because her father was not willing to accept that her brother had sexually assaulted her and caused her pregnancy.

"The RCMP obtained DNA samples from all involved and testing overwhelmingly eliminated Mr. Barton as the father of the child born to the complainant," reads one court decision.

"These tests also overwhelmingly indicated that the complainant's brother was the father of the child."

There is a publication ban shielding the identity of the woman.

Barton appealed his conviction and it was quashed in 2011, with the Nova Scotia Court of Appeal ruling that a "miscarriage of justice" had occurred.

Barton's lawyer said it's been a long haul for his client, who has had a hard time getting and keeping a job.

"All you need to hear are the words convicted sex offender and I think you can imagine what that would do to a young man's life and all the doors that would close on you," said Dale Dunlop.

Nova Scotia Justice Minister Ross Landry said he needs more than court decisions to determine the next steps in the case.

"There's a lot more to it than just saying that police did something or someone else didn't do something. It's a matter of getting the full picture and understanding how that occurred," he said.

'The case speaks for itself'

Barton, who has never been involved with police except for the rape accusation, said police officers and court officials 43 years ago didn't listen to him when he insisted he hadn't sexually assaulted the girl.

He said he never pleaded guilty and had no trial, but was convicted of statutory rape.

"When I went to court, the only one that was there was the prosecutor and the RCMP, the judge and the family that accused me of this and my mom and dad sitting in the back," he said.

"They gave me a year's probation, they threw me in jail, my mother had to put her house up to get me out of jail and for what? For what? For nothing."

Both parties fought back, but last week a Nova Scotia Supreme Court judge ruled the lawsuit could proceed.

"I have borne in mind the overall context of this case where there has been a wrongful conviction, now recognized to have been a miscarriage [of] justice, that occurred at the hands of the RCMP and the Crown prosecutor involved in the case some 43 years ago."

"I would hope with Donald Marshall and our history of mistreatment of minorities that things would have changed, but I guess they haven't."

Barton said he wished his mother and father were alive to see him exonerated.

"The case speaks for itself. I was wrongly accused and falsely accused of a charge that never happened. I wasn't there. It should have never taken place. Instead they just lied about it and kept it hidden," said Barton.

"I think it's a long time for somebody to come and give me an apology after 43 years of just making my life a piece of shit."