Police have made an arrest after a daylight shooting in the Fairview neighbourhood of Halifax over the weekend. 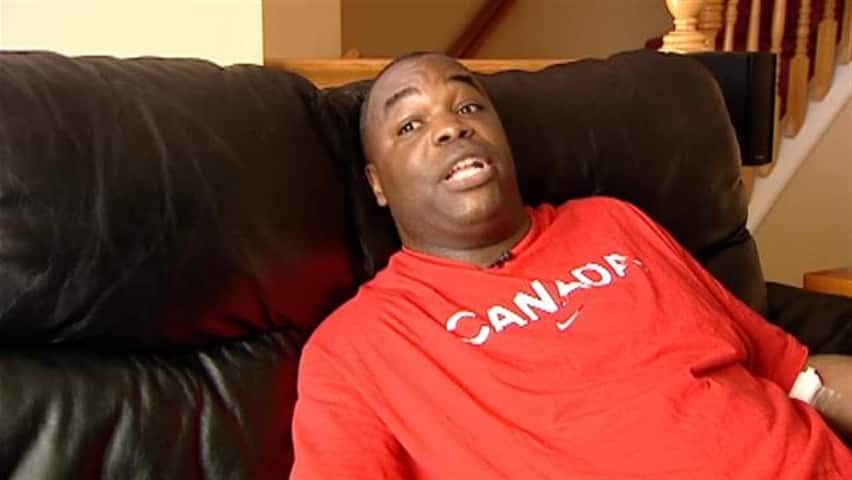 9 years agoVideo
7:44
The CBC's Paul Palmeter speaks with Maurice Sneddon, the man shot while waiting at a barber's shop in Fairview, N.S., on Saturday. 7:44

Police have made an arrest after a daylight shooting in the Fairview neighbourhood of Halifax over the weekend.

About 12 people were waiting inside Fademasters Barber Shop on Titus Street Saturday afternoon when a gunman burst inside and opened fire.

A 41-year-old man was shot in the leg. Police believe another man was the target of the shooter, and the injured man was an innocent bystander. The apparent target, a 23-year-old man, was also hit and treated at hospital.

The bystander, a military police officer, was taken to hospital. He has since been released and is recovering at home.

Halifax Police Chief Frank Beazley said Monday afternoon that police had arrested an 18-year-old man on Albro Lake Road in Dartmouth in connection with the shooting.

Beazley said he expects the man to be charged with attempted murder and weapons offences when the man appears in court Tuesday.

He said seeing an innocent bystander hurt is his "worst nightmare."

There have been 19 incidents of shots fired this year in the Halifax Regional Municipality.

The latest victim, Maurice Sneddon, spoke to CBC News about the attack. Sneddon is a military police officer and survived two tours of duty in Afghanistan unscathed.

He said he had let his guard down since returning to Halifax. He was enjoying a sunny afternoon when the shooter burst in.

"I turn my head and at the very moment I turn my head, I'm looking into the barrel of a gun," he said Monday.

The shooter hit his intended target in the wrist, but he kept firing. Sneddon said the recoil caused the gunman to fire erratically.

"I believe it was the second shot and I felt excruciating pain in my leg. Just naturally, I wanted to get out to everybody what's going on. I was assuming I was in a military environment, which I was not, and I'm yelling, 'I've been shot, I've been shot,' just yelling it at the top of my lungs — and nobody's there. Everybody's gone," he said.

The rest of the customers quickly ran for cover and the shooter took off. Sneddon said it was only luck he was not killed.

Tremaine Howe operates the barber shop where the shooting took place. He said it came out of nowhere.

"Out of the clear blue sky a dude walks in and out of the corner of my eye I see gunfire. Everybody clears out, they leave out the front door and then I see one of my good friends and one of my customers with a hole in his leg," he said.

Nadine Burke lives in the same building as Fademasters and heard the gunshots.

"All I know is me and my son are getting out of here. I mean right is right and wrong is wrong. We're leaving," she said. "That was just too close to home for me. It was too scary."