'No more Velcro': MacPass gets makeover after 22 years

After 22 years of the same hard plastic transponder, the MacPass has a new look. Halifax Harbour Bridges is rolling out a new sticker transponder instead, which they say is more reliable and accurate than the old one. 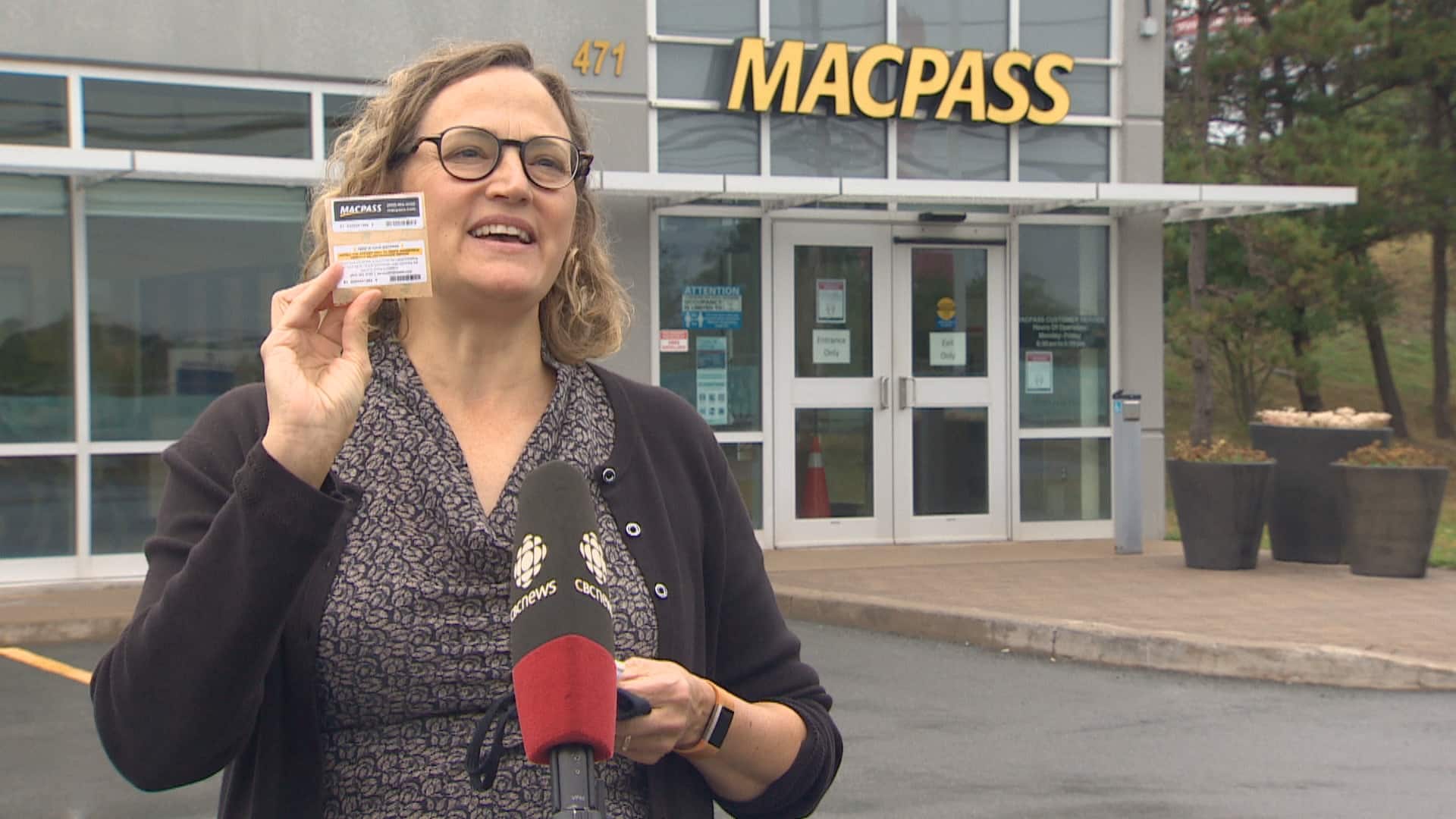 3 months agoVideo
1:40
After 22 years of the same hard plastic transponder, the MacPass has a new look. The CBC's Jack Julian has this story. 1:40

After more than two decades, the MacPass has a new look.

Since MacPass launched in 1998, the electronic tolling system for the Macdonald and MacKay bridges has used a clunky, hard plastic transponder that attaches to the inside of a car's windshield with Velcro.

But in May, the bridge commission began rolling out a new sticker tag transponder.

The sticker goes in the same place as the old transponder: inside the windshield, just beneath the rearview mirror.

MacDonald said the old MacPass will continue to work, and they have no plans to phase them out. She said the bridge commission has replaced the readers at the toll so they can read both the new and old MacPasses.

She said the new sticker may be small, but it's more reliable and accurate than the old technology.

"We should have [fewer] times when people get stuck behind a gate," she said.

While MacPass users don't have to pay for the device, MacDonald said the new sticker means big savings for Halifax Harbour Bridges. The new ones only cost the bridge commission a dollar, compared to $20 for the old ones.

Anyone who wants to switch out their old MacPass can do so at the MacPass office in Dartmouth.

The same transponder can be used at Cobequid Pass and the bridges, but a second account is required there, MacDonald said.

They aren't set up yet for use at the Halifax Stanfield International Airport or the Confederation Bridge.

MacDonald said the bridge commission is still considering the idea of going cashless, since the vast majority of commuters use MacPasses.

"Certainly, from a safety perspective, if we could get rid of the toll booths it would be a really good thing for efficiency," she said.

But MacDonald noted that this would require quite a bit of work on the current toll plaza, and COVID-19 has put that idea on the back burner for now.

She said a decision will be made in the coming months.