Mayann Francis alleges racial profiling, and says she now avoids stores where she expects to be followed, even if it means going out of her way to get what she needs. 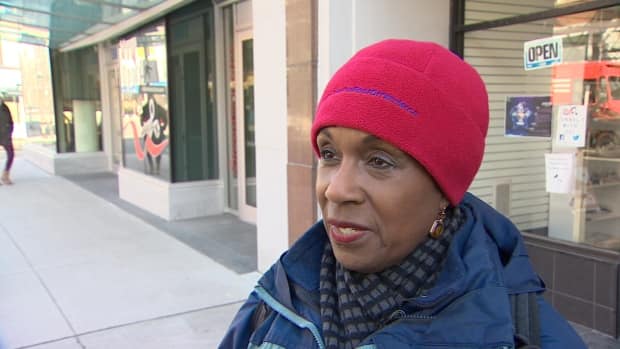 5 years ago
2:15
Mayann Francis says she's mistreated by store employees in Nova Scotia at least once a month 2:15

The first African-Nova Scotian to serve as lieutenant-governor of the province is calling for an end to racial profiling and says she's mistreated by retail staff in Nova Scotia stores at least once a month because of the colour of her skin.

Mayann Francis was lieutenant-governor of Nova Scotia from 2006 to 2012. She is speaking out about racial profiling after Sobeys announced it will appeal a ruling by a human rights board of inquiry that found one of its Halifax-area stores racially discriminated against Andrella David in 2009.

​Francis says she avoids stores where she expects to be followed — even if it means going out of her way to get what she needs.

"I know the stores where I will be followed," she said. "So, I do my best to get what I need elsewhere and if that means walking a little bit out of my way, that's what it means. Or if it means that I do without, I do without."

Either store employees ignore you, she said, or they follow you.

'You were stalking me'

Francis tells a story about going into a store with a white, male friend. The saleswoman shadowed her the entire time, she said, and left her friend to do what he wanted — including walking out the door with a piece of unpaid merchandise in his hand.

Staff were so busy focusing on her, they didn't notice her white friend, Francis said.

She asked to speak to a manager and when the employee asked why, Francis said: "because you were stalking me, and my friend right here had something in his hand and literally stepped out of the store, but you didn't pay any attention to him."

Francis now takes precautions to avoid being unfairly targeted, she said, such as only bringing bags with zippers on them when she goes shopping, and not taking her backpack off until she gets to the cash.

This wasn't something she had to worry about when she was lieutenant-governor, she said, because she was usually accompanied by a white staff member or driver.

"I guess they felt they didn't have to keep an eye on me because there were two white men keeping an eye on me."​