Meet the Halifax man who invents new languages, and puts ice cream in his coffee

Linguists usually think about language evolution, not language invention. But not every language mysteriously sparks and evolves over thousands of years. Jamin Johnson, a man living in Halifax, has nimbly invented over nine languages.

In a new Atlantic Voice radio documentary, Andrea McGuire delves into the world of constructed languages

When we think of new "made-up" languages, Esperanto comes to mind. It was invented by a Polish eye doctor in the late 19th century. J.R.R. Tolkien created multiple languages for the Lord of the Rings series. And over the last 25 years, Jamin Johnson, a man living in Halifax, has nimbly invented over nine languages.

"A lot of times people just create one language and it is their main everything, and all the ideas they have get routed into that language," Johnson said. "Which I would love to have, but a lot of the ideas I have are just too disparate to fit into one category."

Johnson, who grew up in upstate New York and moved to Canada in 2019 when his partner was hired at Dalhousie University, creates some of his languages as a freelancer for novelists, board game creators and theatre companies. For instance, he is currently developing a language called Brooding with the Riddlesbrood Theatre Company in Burlington, N.J.

When he lived in the United States, he'd sometimes attend rehearsals to help the cast with their pronunciation. The younger kids, he said, were especially fluent.

"They'd pick it up right away and, you know, they'd pronounce it perfectly," he said.

One of Johnson's personal languages, Valthungian, has an imagined 2000-year history. Another linguistically plays with the idea of threes: it contains three tenses, three vowels, three stop consonants and three aspects. Then there's Maltcégj, a language 20 years in the making, which started out as "almost a joke" for Johnson. His puns, quips and shoutouts usually find their home here.

"The word for barbarian in Maltcégj literally translates to 'people who don't put ice cream in their coffee,'" Johnson explained. "Because one day I accidentally only had ice cream and no milk, and it was great! And I thought, why doesn't everyone do that?"

Johnson also likes cooking with his languages. He labels his pantry items in Valthungian and Northeadish (the two languages he considers most kitchen-ready), and writes down recipes using the scripts he's devised. Often, he'll think about the cuisine enjoyed by the imaginary speakers of his constructed languages. The signature cuisine of Northeadish, he said, is a "particular combination of cucumber and blueberry, which sounds kind of horrifying but it's actually really good if it's done right."

Conlangers (that is, people who create constructed languages) often work out the culture, history and mythology of their languages. This is referred to as "world-building." Johnson said most of his world-building is pretty tongue-in-cheek — he's more focused on inventing his languages.

But for some conlangers, world-building is a way of imagining radically different human societies. What if Africans and Europeans had never met? What if slavery didn't exist? What poems about COVID-19 will be remembered in the year 2070? For some conlangers, these questions are just as important as thinking about verb structures and syntax.

Johnson feels a close-knit sense of community with conlangers from all over the world. When he lived in Philadelphia, he used to host a "conlang salon" for conlangers in the area. But these days, he mostly stays in touch through online forums, Facebook groups and Zoom meetings.

"There's also kind of a joke within the conlang community," Johnson said, "which is mostly a joke, but the joke is basically that all conlangers are left-handed gay pagans from Lithuania who wear glasses. Which I can say right now, that's not true because I'm not Lithuanian."

It's a great way to conceal anything you might write down from people you don't want reading what you're saying.- William Annis, Wisconsin-based conlanger

What might connect queerness and language invention? During the pandemic, Johnson hosted a Zoom call with a few conlanging friends to chat about this. William Annis, a conlanger who lives in Wisconsin, pointed out how conlangs can operate as code.

"I'm gay. I've been conlanging since the 1980s," Annis said. "It's a great way to conceal anything you might write down from people you don't want reading what you're saying."

In fact, there are long traditions of using code in queer history. Until the 1960s, many gay men in the U.K. used a kind of secret slang called Polari. In the late 19th century, American cowboys, miners and train conductors began signaling their sexuality using colour-coded hankies. And Anne Lister — a 19th-century lesbian now depicted on the BBC show Gentleman Jack — wrote about her love affairs using her own secret code called Crypthand.

Lily Falk, a Halifax theatre artist, created a play about Anne Lister's early years by the same name. Though Anne Lister's code might not technically qualify as a conlang (Lister wrote in a mixture of English and code), her diaries still provoke questions about queerness and language.

"Queerness has always been associated with codes, I think," said Falk. "And still to a certain extent, even the generation that's coming up now, the teenagers — so many people are able to live in such an open, awesome way, but there's still in some ways, I think, coded language and clothes that go along with queer identity."

Some LGBTQ+ conlangers want to remove concepts of gender from language. Jessie Sams, a linguistics professor at Stephen F. Austin State University in Nacogdoches, Texas, said this is a growing focus for students in her conlanging course.

"I've seen a lot more students concerned about that or wanting to try to figure that out, getting broader perspectives, and so it's all just very interesting, I think, how we can use conlanging to better understand what is possible even in our world," said Sams. 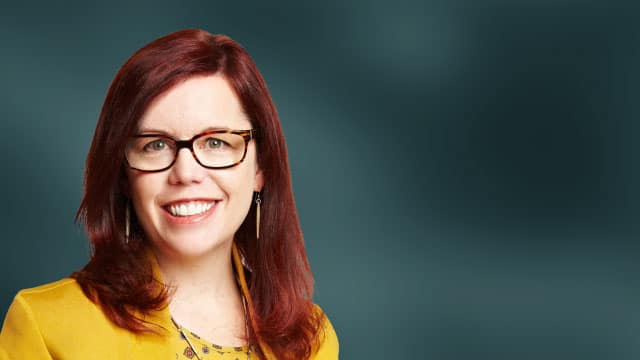 Atlantic Voice26:10Atlantic Voice: A Recipe for Language
Andrea McGuire introduces us to the world of conlangers. “Constructed languages” (or “conlangs” for short) is a term used for languages that are deliberately and consciously created. Esperanto, for instance, was invented by a Polish eye doctor in the late 19th-century. J.R.R. Tolkien created multiple languages for the Lord of the Rings series. And over the last 25 years, Jamin Johnson, a man living in Halifax, N.S., has nimbly invented over nine languages. 26:10

While conlanging can be a means of reimagining past and future worlds, Johnson doesn't think language invention is necessarily tied to activism. Ultimately, he views conlanging as art — even though it can be a hard medium to appreciate — and sees its potential for expressing all kinds of intentions and possibilities.

"We could get by just fine if everyone spoke just one single boring old language, but you would also lose a lot of the richness and nuance that's present in all languages, in different combinations and concentrations. So conlangs aren't needed ... but they're another piece of artwork."