Ticket resellers will have to find venues other than Kijiji and StubHub to unload tickets to Gord Downie's Secret Path concert in Halifax. The online classified sites have banned them.

'We didn't want to be associated with the reselling of the tickets to that event,' Kijiji manager 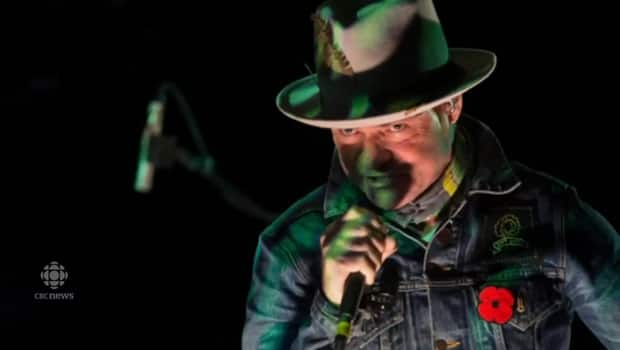 4 years agoVideo
0:50
Ticket resellers will have to find venues other than Kijiji Canada and StubHub to unload tickets to Gord Downie's Secret Path concert in Halifax. The online classified sites have banned them. 0:50

Ticket resellers will have to find venues other than Kijiji Canada and StubHub to unload tickets to Gord Downie's Secret Path concert in Halifax. The online classified sites have banned them.

"This is really troubling to our users, it is something we wanted to take a look at," Kijiji Canada communications manager Shawn MacIntyre said from the company's Toronto office.

Tickets to the Nov. 29 concert at the Rebecca Cohn Auditorium went on sale through promoter Sonic Concerts and the Dalhousie Arts Centre at noon Thursday but were gone within minutes. The tickets cost $61 and the venue seats 1,023 people.

Then ads began popping up on Kijiji and its sister company StubHub for triple the price and more.

The project Secret Path is a set of songs and a graphic novel honouring Chanie Wenjack, a 12-year-old Ojibway boy who died from hunger and exposure after trying to find his way home from a residential school near Kenora, Ont., 50 years ago. Proceeds are being donated to The Gord Downie Secret Path Fund for Truth and Reconciliation.

'Slapping him in the face'

Brain cancer survivor Christianne Robichaud tried but failed to buy tickets online from her home in Greenwood, N.S. She said she wanted to support Downie's cause, as he had given her "so much courage" by thinking of others while fighting his disease.

But seeing the huge resale markup on tickets raising money for charity increased the let down.

"It's almost like looking at Gord Downie and slapping him in the face," Robichaud said.

The issue first came to the company's attention Thursday afternoon, MacIntyre said. Users were also upset with the company itself for allowing the posts.

"We're a Canadian company, so this is near and dear to our hearts as well," he said. "We didn't want to be associated with the reselling of the tickets to that event so we just removed them."

As of 2 p.m. AT Friday, there were no ads offering to sell tickets to the concert, however, a number of postings were looking for tickets.

"We do support the cause this is fundraising for, we don't want this to cast a negative light on that event," MacIntyre said.

He said the site had done a "sweep" Thursday night and again Friday morning, but noted some will try to repost and Kijiji will keep monitoring.

StubHub is taking the same action, said MacIntyre. The two companies are owned by eBay Inc.

MacIntyre said the sites try to balance the concerns of both the vendors and buyers.

"We review the factors that are there. Obviously it is legal to resell these tickets but [the action] is really not in the best interest of our community members," he said.

"We also have the position of wanting to have a free market wherever possible, where people aren't breaking the law. In this case, they obviously are not."

He said this case was very sensitive to Canadians. Kijiji got "a lot of feedback" about the disrespect it showed to the cause, he said.

With files from Natalie Dobbin and Pam Berman