Two cousins have successfully navigated their hand-built, 24-metre schooner from Stewiacke to Parrsboro, where its masts, rudder and rigging will be installed. 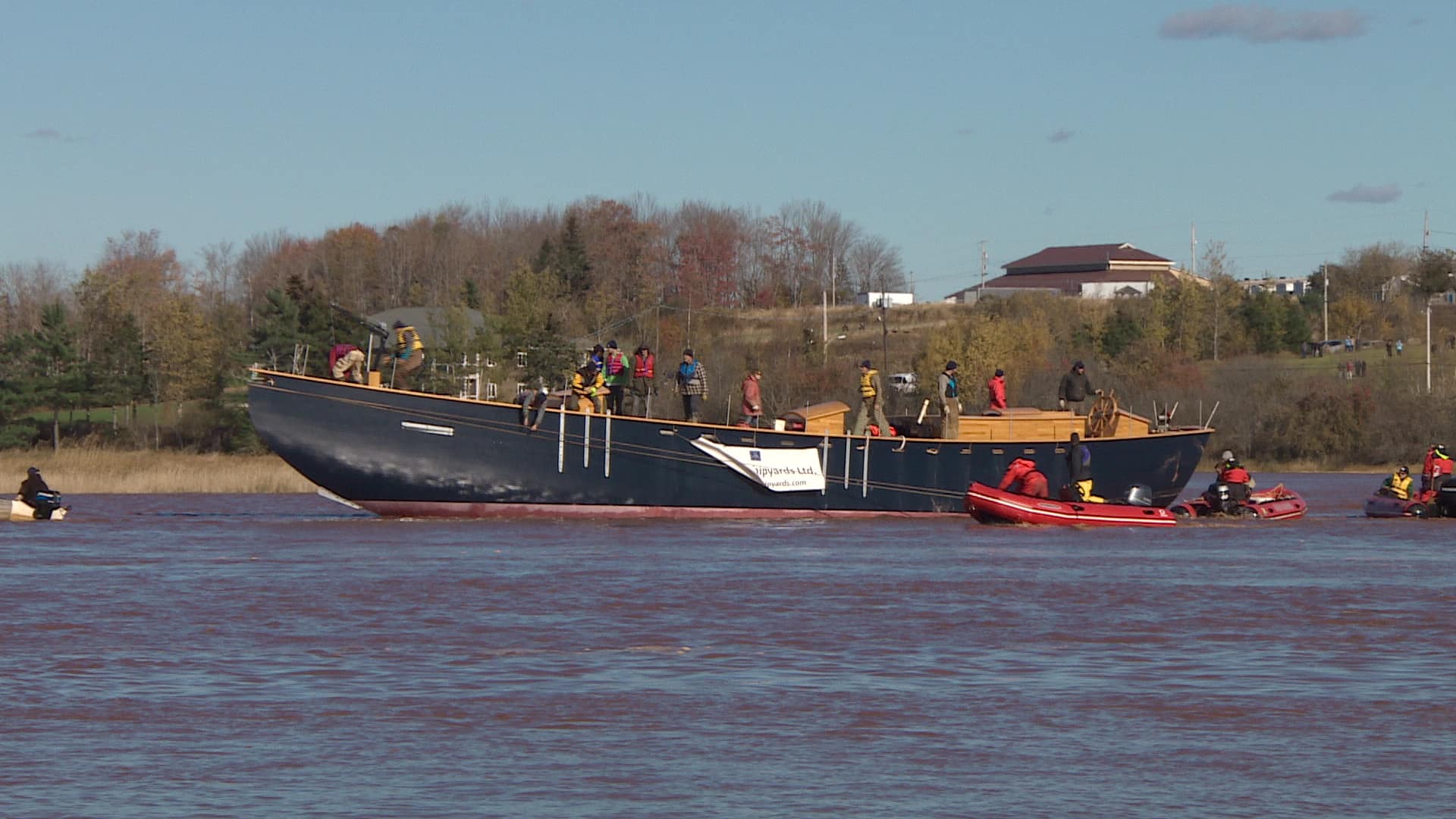 Two cousins have successfully navigated their hand-built, 24-metre schooner from Stewiacke to Parrsboro, where its masts, rudder and rigging will be installed.

Evan Densmore, his cousin Nick and their crew will be in Parrsboro for two to three weeks. Getting there, he says, has been both nerve-racking and satisfying.

"It's like they say, a boat — it comes to life," Densmore told CBC News on Thursday.

"It's like a living thing now that it's in the water. All these years, it's just been a piece of wood, right? But I'm sitting on it right now and it's moving up and down and side to side.

"It's quite a feeling knowing that every single board on this boat — Nick and I put together. When we turn that wheel, it's something we designed."

A crowd gathered in Stewiacke on Tuesday to watch the schooner — named Katie Belle after the cousins' great-grandmother — slip into the water after five years of work.

"The launch went pretty well according to plan," Densmore said, admitting that the first few moments were tense. "My heart was pounding 1,000 beats per minute."

The crew's first stop was near Riverside. They picked up fuel and supplies and after stopping near Maitland, it was mostly smooth sailing until arriving in Parrsboro — when it got "a bit hairy."

"Only having four, maybe five hours under my belt at the helm of this thing — but we turned out pretty good. We didn't bang it up too bad. Everyone's happy. We had a little celebration and went to bed," he said.

If the rest of the build goes well, Densmore hopes to sail farther south. If not, he'll stick to the South Shore.

"I'd like to encourage anyone who's interested in watching us put this all together to come out to Parrsboro and have a chat with us on the wharf and enjoy the beautiful harbour here," he said.