Charlotte Kiddell says she was frustrated with the 'empty answers' she received from Prime Minister Justin Trudeau when she met with him last week. 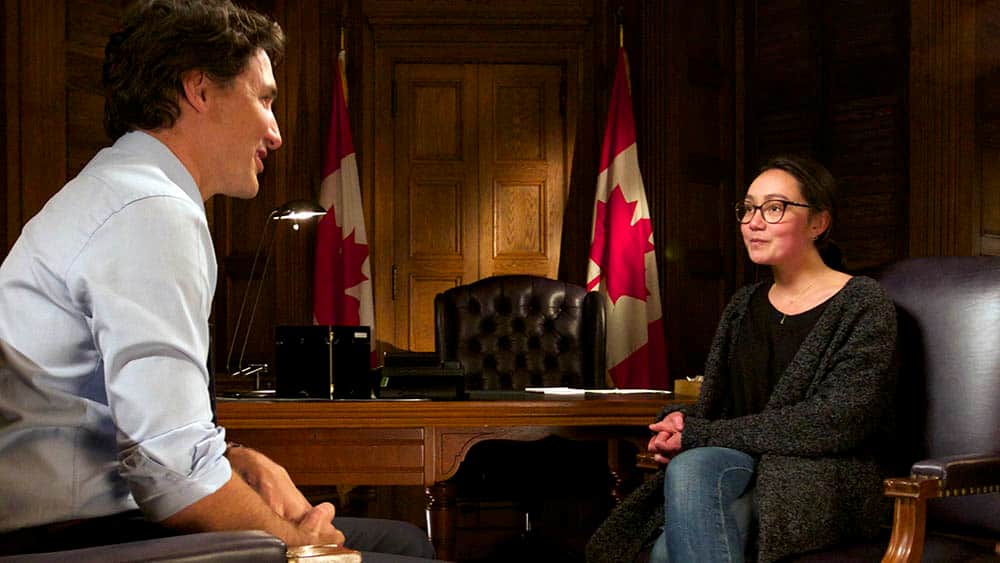 Face to Face with the Prime Minister - The interview: Students’ economic future

5 years ago
10:24
Charlotte Kiddell, 24, is an undergraduate student from Halifax. She asks Justin Trudeau about his plan for graduating students in bleak economic times and how he plans to tackle student debt 10:24

The warmth and charm of Prime Minister Justin Trudeau didn't impress Halifax university student Charlotte Kiddell when she questioned him for a special CBC program.

"I was also really disappointed by how much time he spent skirting around questions. He had a lot of empty answers like, 'Oh yeah, I'm looking into that,' and frankly I don't think those are good enough," said Kiddell.

Kiddell is in her final year of a dual English and psychology major at Mount Saint Vincent University. She was selected to take part in a CBC program called Face To Face with the Prime Minister.

The show gathered together 10 Canadians with diverse viewpoints from across the country. They were brought to Ottawa to sit down with Trudeau for 10 minutes and ask him questions about issues that matter to them.

Kiddell asked Trudeau a range of questions, including whether he would end unpaid internships, and what can be done to help recent graduates find jobs when the economy is bad.

She said 10 minutes isn't enough time to understand the struggles many Canadians face.

"If he truly deeply cared about these conversations about what Canadians are going through, the meeting wouldn't have been 10 minutes, it would have been much longer."

Kiddell, 24, was selected to take part in the sit-down with the prime minister because of her work with the Canadian Federation of Students.

She said CBC contacted the federation looking for students who were passionate and well spoken, and who wouldn't mind talking with Trudeau. The federation selected Kiddell, and she gladly accepted.

Despite her criticism, Kiddell said meeting Trudeau wasn't all bad.

"It was amazing, it was very exciting, I'm very pleased that Justin Trudeau was open, open to this kind of exchange, it's certainly different from what we've seen from governments in the past," she said. "That said, it was still a very limited interaction."