It's a Gangnam Style Christmas

You've seen the house. Now meet the couple behind it. 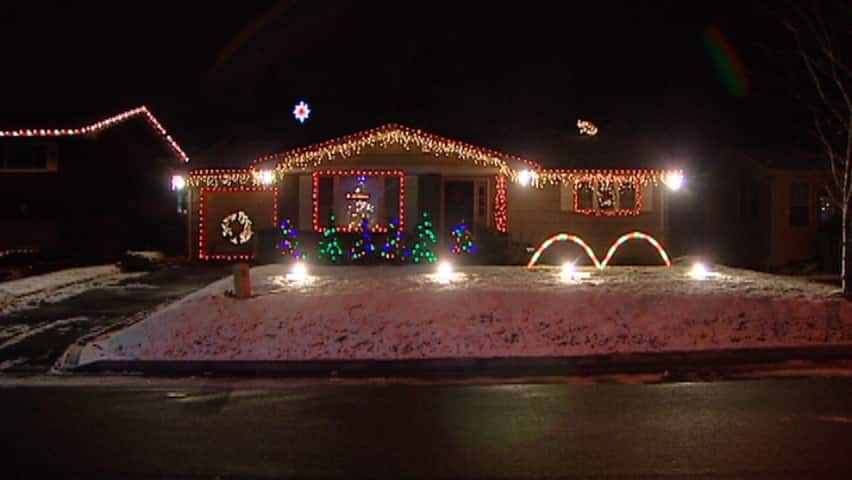 8 years agoVideo
3:39
A house in Halifax's Clayton Park is lighting up the street Gangnam Style - or should we say Christmas style? 3:39

Anthony Zadeh and Amanda Seymour are mixing Christmas with the song Gangnam Style, and entertaining everyone who drives down Birkdale Crescent.

The couple created a light show that syncs up to the YouTube hit and other songs. Drivers simply need to tune their radio to 94.9 for the full effect.

It's a natural project for Zadeh, who says he's obsessed with Christmas.

"Growing up as a kid I used to go over to mom's friend's house … and do a lot of decorating. I saw someone doing this on TV and I thought it would be fun. And I roped her into it," he told CBC News.

Zadeh and Seymour started working on the production at Zadeh's parents' house in early July. They bought thousands of lights and pounds of extension cords.

Once they finalized their set list, they synched it together using a computer software program. By October, they were stringing lights on the roof.

Zadeh and Seymour say all of the supplies cost them about $5,000. They're not paying the power bill.

"Thank god it's not mine," Zadeh said, laughing.

Neighbour Robin Marlow says most of the people in the area enjoy the light show.

"Some people seem to Scrooge over it. They kind of scowl when they drive by, but that's one or two of the neighbours," Marlow said.

The house is attracting a lot of attention in the Halifax area, and Birkdale Crescent is seeing a parade of cars every night.

"We've looked out the window a couple of times and seen people outside of their cars dancing," said Seymour.

Seymour and Zadeh have partnered with the Children's Wish Foundation. They hope the steady stream of visitors will help them raise money for the charity.

"Sick kids, they all need a wish. This is mine, and I got mine," said Zadeh.