Two members of the Chester-St. Margaret’s Liberal district association have resigned following concerns about how allegations of drunk driving against MLA Hugh MacKay were handled.

Approach can be 'perceived as part of a continuing coverup,' says Ron Meagher

Two members of the Chester-St. Margaret's Liberal district association have resigned following concerns about how allegations of drunk driving against MLA Hugh MacKay were handled.

In her letter to the executive, obtained by CBC News, Williams expressed concern that details of the allegations against MacKay, contained in an email to executive members Andre Veinotte and Richard Hattin and a member of Liberal Party staff, were not shared with the rest of the local executive.

"Officers and the executive should have been informed and have been given the opportunity to have input on how the matter was handled," she writes.

"In my opinion, the wait and see position taken by the executive of the association can also be perceived as part of a continuing coverup," he wrote in his notice of resignation, also obtained by CBC News.

On Friday at Province House, Premier Stephen McNeil thanked Meagher and Williams for their service.

McNeil said it would depend on the circumstances as to whether all members of an executive should be made aware of an allegation like the one from last May.

MacKay to speak next week

MacKay resigned from the Liberal caucus last weekend after it was learned he was charged earlier this month for drinking and driving. The charge relates to an alleged incident on Nov. 22, 2018, the same date referred to in the email Veinotte, Hattlin and a member of the Liberal Party staff received in May.

The email includes startling allegations that MacKay drove drunk with open liquor in his car, weaved along the road as he drove through his constituency and ultimately hit a lamp post in Upper Tantallon, damaging his car.

The allegation, which according to Williams's letter was made by Michael Lawless, also said there are text messages and video evidence to support his claim that he followed MacKay on that night in an attempt to get him to stop driving. Lawless alleges he was discouraged from contacting police in order to protect MacKay's job and those of people who worked for him.

At the time of the alleged incident, Lawless was married to MacKay's constituency assistant. They subsequently separated.

The premier said it's his understanding Lawless was not disclosing the evidence he alleged he had to the Chester-St. Margaret's association.

"At no time was any of that presented at all."

In an email to CBC News, MacKay said he would be making a public statement next week, "which will provide clarity on the incident alleged by Michael Lawless." 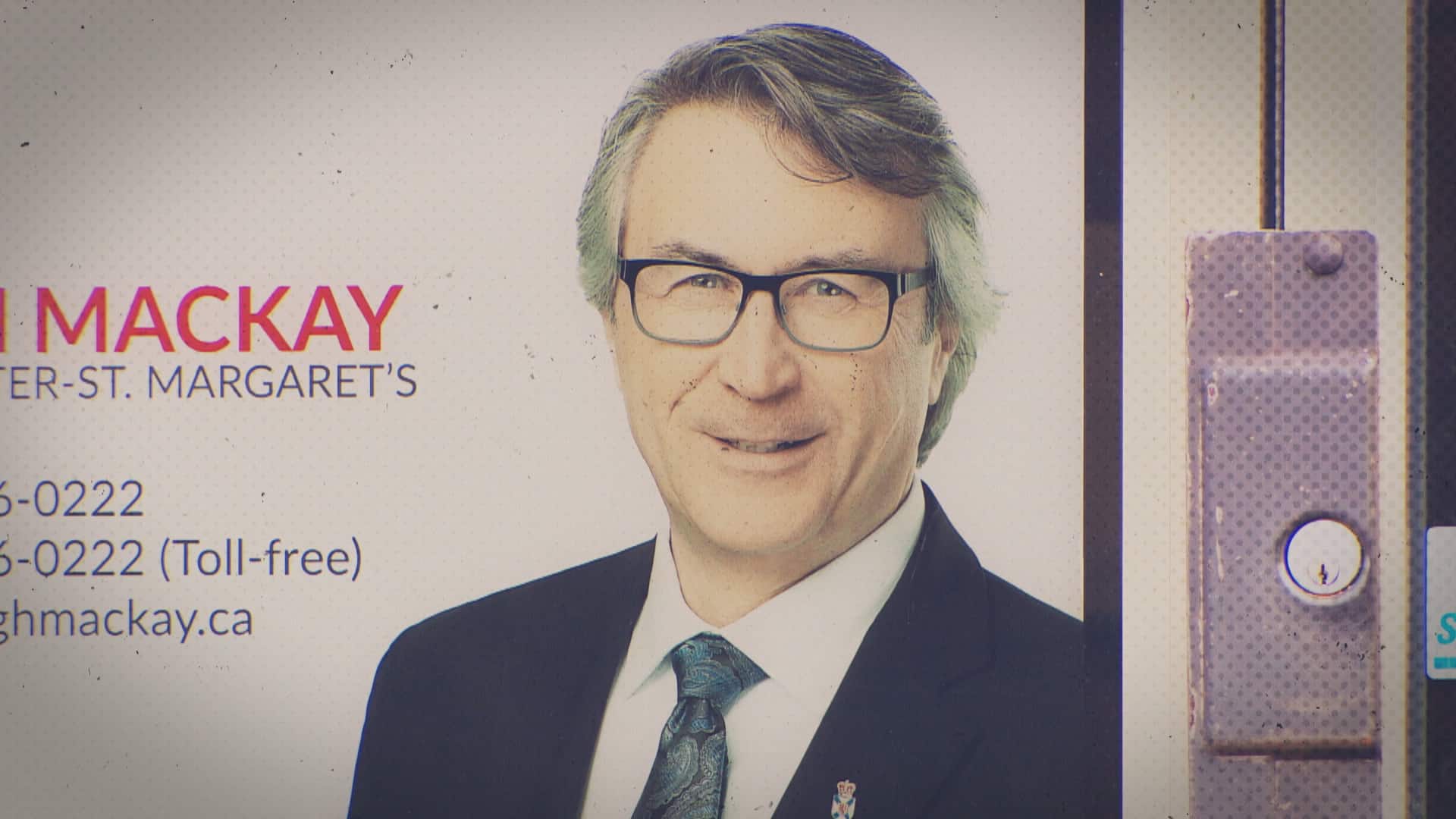 8 months ago
2:29
The Chester-St. Margaret's MLA, who is now sitting as an Independent, was charged earlier in February in relation to a drinking and driving allegation dating back to November 2018. 2:29

The issue has dominated discussion at Province House this week after the email was made public on Tuesday.

McNeil has said he didn't learn of the charges or allegations against MacKay until last week, but that his chief of staff, Laurie Graham, was made aware of the situation in May when the email was received. McNeil said Graham did not tell him about it, a decision he has supported.

McNeil has refused to say who contacted Graham about the allegations.

On Thursday, McNeil told reporters that Graham looked into the allegations at the time and determined they had no merit. But McNeil said Graham only discussed the claims with MacKay and his constituency assistant and did not contact Lawless.

The premier has said anyone who receives such allegations should take them to the police.

MacKay pleaded guilty to drunk driving in November in relation to an incident that happened last October. Even after that, Graham elected not to share the 2018 allegation with McNeil.

When MacKay revealed he'd been charged in October, he issued a statement saying he had "struggled with alcohol addiction issues for several years … I have always been open about the fact that I am a recovering alcoholic, and that I have been actively undergoing treatment since 2004."

On Friday, McNeil said he was unaware MacKay had a problem until that statement.

Help for MacKay could have come sooner

In her resignation letter, Williams writes that "if the matter had been handled differently in May 2019, the events of fall 2019 could have been potentially avoided.

"Further, matters concerning the potential safety of the public would have been addressed at an earlier date and Hugh MacKay may have sought support for his alcohol addiction sooner. If the alleged November 2018 incident had indeed occurred, police should have been immediately contacted at that time."