How and why a navy spy sold secrets to Russia

Canadian Forces Sub-Lt. Jeffrey Paul Delisle sold secrets to Russia's military intelligence agency using a system of USB keys and unsent emails to transmit the information from downtown Halifax to his home, then on to Russian agents.

Sub-Lt. Jeffrey Paul Delisle didn't do it for money, says his lawyer 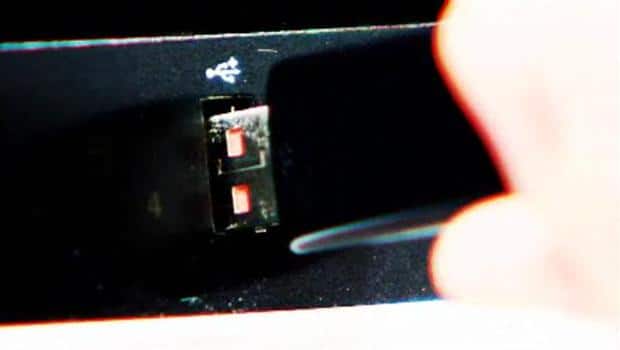 How a navy spy sold secrets to Russia

Canadian Forces Sub-Lt. Jeffrey Paul Delisle sold secrets to Russia's military intelligence agency using a system of USB keys and unsent emails to transmit the information from downtown Halifax to his home, then on to Russian agents.

He said he did it for ideological reasons — not money — his lawyer told CBC News on Wednesday.

Mike Taylor said Delisle was dealing with "deeply difficult personal issues" when he walked into the Russian Embassy in 2007, asked to meet a Russian intelligence officer and began his espionage career.

The details of those personal issues may come out at Delisle's sentencing hearing on Jan. 10 and Jan. 11, said Taylor.

"He was in a dark place personally and was disillusioned by a number of things that were happening," he told CBC News.

"Once the ball started rolling, he found himself caught up in a situation that really, he was incapable of extracting himself from and it continued for a period of time."

Delisle, 41, pleaded guilty in a Halifax court Wednesday to breach of trust and two counts of communicating information to a foreign entity between July 2007 and Jan. 13, 2011.

Court heard that the Russians had told Delisle that if he was ever in trouble, he should go to the nearest Russian Embassy and identify himself as "Alex Campbell."

They would ask him, "Did I meet you at a junk show in Austria?"

Delisle was to reply, "No, it was in Ottawa."

Then he would be taken to safety — this was the fail-safe in case Delisle lost contact with his handler.

Taylor said his client decided to plead guilty because he feels remorse.

"After a long period of time reviewing all the evidence and discussing with Mr. Delisle how he felt he fit into this whole process, he felt it was time for him to accept responsibility for what he has already acknowledged in some respect that he did," said Taylor.

"He knows what he did was completely wrong. He's not going to lay the blame on anyone else. He made the decision himself at least to initiate the process, get things started and he has been living with that ever since. He will be living with that for a long time to come."

Delisle pleaded guilty to offences that happened in Ottawa and Kingston, Ont., and Halifax and Bedford, N.S., where he lived.

There was a publication ban on evidence and arguments presented at a bail hearing in the spring, but the guilty plea means there will not be a jury trial.

The naval officer was posted to the security unit HMCS Trinity, an intelligence facility at the naval dockyard in Halifax. It tracks vessels entering and exiting Canadian waters via satellites, drones and underwater devices and provides tactical assessments primarily to Canadian warships and aircraft, both at home and overseas.

According to previously unpublished material from the bail hearing in the spring, Delisle was asked to browse for material on a secure computer at HMCS Trinity. He would cut and paste the information to a notepad program, then transfer the file to a floppy disk drive.

Delisle would take the floppy disk out of the secure computer, transfer it to an unsecured system, make a copy onto a USB key and take it to his home nearby.

The Crown said Delisle would provide the information to the Russians by pasting it into an email program called gawab.com, a now-defunct email service based in the Middle East. Delisle would not send an email; the data would be saved to the drafts folder.

At a pre-arranged time, Delisle's foreign handler would log into the email account, copy the data and then erase it.

'I die every day knowing what I have done'

After a trip to Brazil in the fall of 2011, Delisle raised the suspicions of the Canada Border Services Agency. The RCMP took over the gawab.com account Delisle shared with the Russians, allowing him to think he was transmitting material to a Russian agent when "it was actually the RCMP opening the email."

Delisle was arrested in Halifax on Jan. 13 and charged with espionage and breach of trust, making him the first person in Canada to be charged under the Security of Information Act.

At the bail hearing, the Crown read portions of a police statement where Delisle reportedly described the day he walked into the Russian Embassy in Ottawa as "professional suicide."

"I didn't want money," Delisle said, according to the police statement.

"I die every day knowing what I have done."

Taylor said while he and Crown attorneys have been in discussions about Delisle's case, they were not able to come to a mutually satisfactory agreement — and it had no bearing on Delisle's decision to plead guilty.

Based on those discussions, Taylor said he expected the Crown would pursue a "significantly" longer sentence than the one he will argue for at the sentencing hearing on Jan. 10.

The maximum sentence for communicating information to a foreign entity is life in prison.