Some Nova Scotia residents are keeping an eye on water levels around their properties Thursday morning after heavy rains overnight. 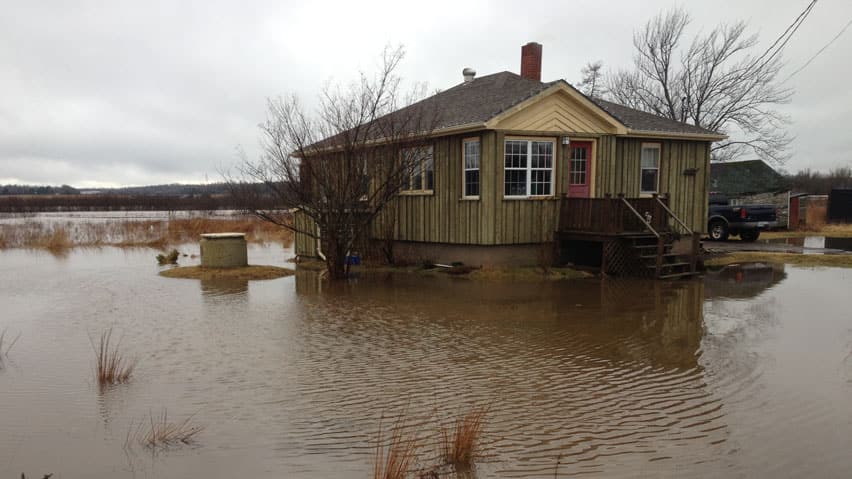 8 years agoVideo
0:30
Residents in Bible Hill are keeping a close eye on the water level of the Salmon River. 0:30

Some Nova Scotia residents are keeping an eye on water levels around their properties Thursday morning after heavy rains overnight.

Rick Draper, who lives in Oxford, said parts of the town are flooding as the River Philip overflows its banks. He said the water has crossed the road in the Copps Lane area and is heading up some driveways.

"The area around us right now is ice free but I understand that the mouth of the river near Port Howe, there's quite a bit of ice build up. That's a bit of a worry," he told CBC News.

"I notice that the Irving station across the street from us is evacuating vehicles from the lot and starting to make arrangements to get the building evacuated because that will flood, probably, first."

Draper said the situation could get worse before it gets better.

"This is probably the worst I've seen it in a couple of years," he said Thursday.

"I'm just kind of waiting to see what happens because I've noticed the fire department has moved its truck to the opposite side of the flood area so they have fire trucks on both sides and have crews down there directing traffic."

The railway underpass between Truro and Bible Hill, known as the subway, was closed Thursday because of flooding.

Joan Hatton, who lives on Highway 2 in Brookfield just south of Truro, said her property is flooded for the third time in as many years before of a collapsed culvert.

"The culvert over the years has collapsed completely so there's no hole for the water to drain through our culvert. Three years ago we had a flood and the Department of Transportation was out and were going to replace the culvert," she said.

"Nobody ever showed up."

"We had five feet of water in the basement of our home, lost everything here that ran our home, had to have our fuse panels replaced and everything," she said.

"The Department of Transportation came and they said within a week or two they'd be here to replace it. Here we are again today, no culvert and flooded again. So we're still waiting."

Environment Canada's rainfall warnings continue for the southern half of Cape Breton.